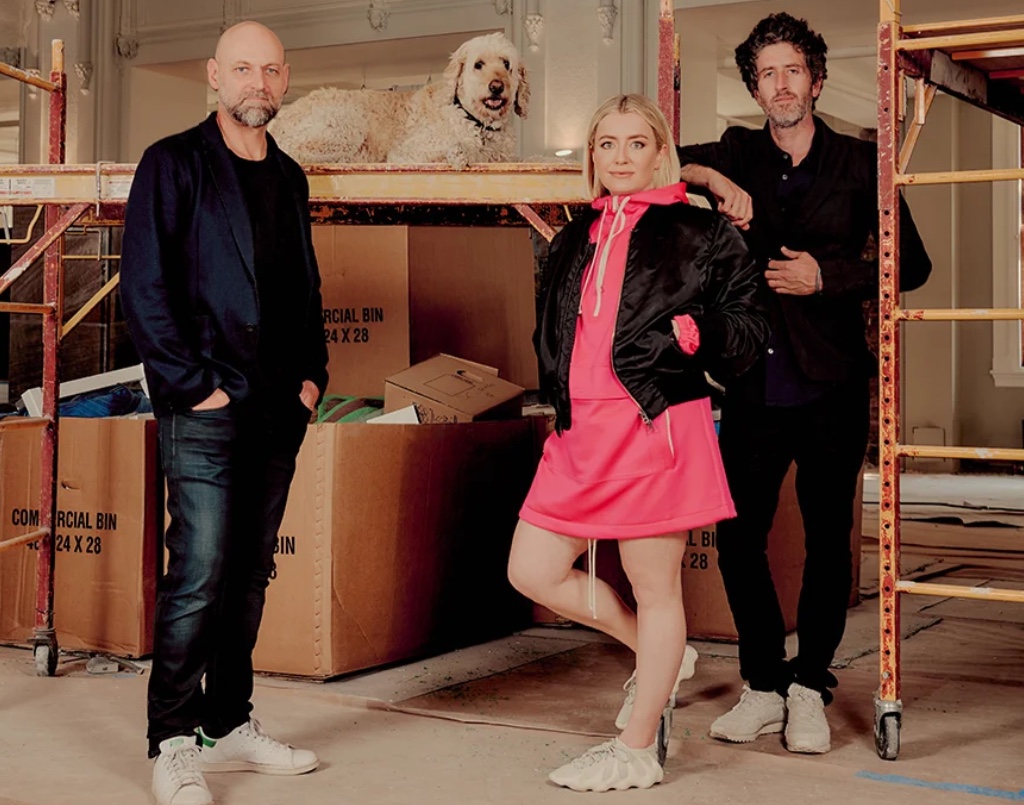 With the task of leading the agency’s creative and design department, Neumann will be a partner with agency co-founders Jan Jacobs and Premutico to cultivate a brave creative culture across the agency’s growing roster.

Neumann is an industry veteran who has held executive creative roles at several leading advertising agencies. Most recently, Neumann was the ECD at TBWA\Chiat Day where she spent the last three years leading creative output for brands such as Mtn Dew, and Adidas.

Jacobs and Premutico have brought in Neumann to help execute the agency’s mission to create a world of courageous brands at a moment when the agency is playing a pivotal role in transforming some of the world’s most revered and influential organizations. Neumann’s appointment comes on the heels of the agency’s forward momentum that is strengthened by notable wins within the past year including major Kraft-Heinz brands and most recently, Instagram.

Now more than ever consumers are demanding brands play a meaningful and positive role in the world. The companies that will be successful will be those who step up to the plate with a clear point of view on their role in the world matched with creative excellence.

Says Premutico: “The world has changed, and the potential for courageous ideas to transform businesses has never been greater. Julia coming on board to help lead our creative product is further evidence of our belief in creativity’s unique ability to impact our client’s business.

“Jan and I always have been and always will be a creative team at heart. This move allows us to focus our creativity further upstream and have a greater influence on the brands we work for. We couldn’t think of anyone better to inspire our clients and our people to make the best work of their careers.”

“We have never been more proud of our people and what they have been able to accomplish than the resilience that they showed us in 2020,” continued Jan Jacobs, co-founder of Johannes Leonardo. “As we forge ahead, we are confident that Julia can anchor our creative vision and cultivate a culture that will become our center of gravity. We know that it’s our people that will take us through to the next decade, and putting people in place like Julia to partner with and lead the agency will raise our ambition and improve our output.”

With Neumann’s appointment, Jacobs and Premutico will become creative chairs of the agency. The award-winning industry veterans founded the agency in 2007 on the ‘consumer is the medium’ philosophy which saw them become one of the first agencies on Google’s roster. Since then, the creative duo has made a reputation for themselves creating long-standing brand platforms that have led to significant growth for companies like adidas Originals and Volkswagen. The agency is consistently recognized by AdAge and over the past four years has been on its annual A-List. Most recently, the agency was named number three on publication’s ‘Top Ten’ list.

These key changes within the agency also come as the creative business finalizes its preparations to move 200 employees to its new space at 115 Broadway New York at the end of 2021.

Says Neumann: “Over the years, I have watched the agency from afar and have been impressed by the legacy that Jan and Leo have created. Now I get to be a part of it. I am incredibly excited to lead and champion JL’s powerful creative department to transform some of the world’s most famous brands. I can’t wait to see what we can do.”

Throughout her career, Neumann’s work has been recognized at all the top industry award shows. Notable work includes “Billie Jean King Your Shoes” for adidas, JetBlue “FlyBabies”, and MTN Dew’s “Major Melon” super bowl spot. Launched for Super Bowl LV, the “Major Melon” campaign was the first ad that truly gamified the Super Bowl viewing experience. Neumann was included in Business Insider’s annual list of most creative women in advertising in 2013, 2014 and 2016. AdAge put her on the Creatives You Should Know list that same year.