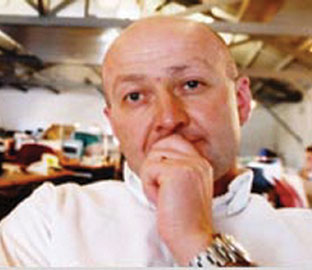 Paul Fishlock, the former chairman and ECD of now defunct The Campaign Palace, has won his case against his former employer, awarded nearly $270,000 in damages by the NSW Supreme Court.

Fishlock – who quit in February 2011 just weeks after the hiring of ECD Reed Collins from Leo Burnett Chicago – sued the agency in August of that year.

The first Fishlock knew of Collins’ appointment to the national ECD role was after reading  the exclusive CB Blog story on January 21, 2011.

At the time of Fishlock’s departure, CB reported that he did not see eye to eye with Y&R worldwide creative director Tony Granger, who hired Collins to help resurrect The Palace’s creative reputation.

In a statement following the judgement, Y&R said: “While we are disappointed that the court has awarded some damages to Paul Fishlock, we believe it is significant that the decision awards him substantially less than he sought.

“We are pleased that the court has found that the covenants he was subject to were reasonable and that certain of his claims were rejected.  We are currently evaluating our next steps, including whether to appeal.”

Fishlock, originally from the UK, joined the Palace in the early 90s after a stint at Saatchi & Saatchi, Sydney. In 1997 he formed BMF with fellow Palace heavies Warren Brown and Matthew Melhuish where he helped build the agency until being bought out by his partners in 2004. Soon after he re-joined The Campaign Palace as chairman and ECD.

Since then, there has been a string of creative directors and creative teams hired for both Sydney and Melbourne, most leaving after relatively short stints, while the awards were few and far between – a far cry from The Palace’s creative dominance from the 70s through to the early 90s. The Palace finally folded into WPP shops JWT in Sydney and Y&R Group in Melbourne in June 2012.