Nine years after Dawn French appeared on Aussie screens shouting “Goodbye shopping and Hello Flybuying” from her car, the latest platform leads the brand in a completely new direction. It celebrates its members’ pride in point collection, by turning Flybuys members into everyday legends.

Research into Flybuys members’ spending habits over the last 18 months unveiled an exponential rise in deal hunting coupled with a marked shift in attitude – a ‘Give a Flybuys’ attitude. This new attitude is a brazen pride in hacking savviness, finding bargains and a competitive spirit between customers to get to the top of the points game.

Says Jarrod Flood, senior marketing manager at Flybuys: “We spent a great deal of time listening to members, who told us that swiping the card and getting excited about Flybuys was more than just collecting points. Flybuys adds value beyond the checkout and we uncovered a prevailing attitude towards points collection, a savvy spirit that is something to be proud of! ‘Give a Flybuys. Take More’ was born from those conversations. It’s a campaign that celebrates our members’ attitude to life and will shape everything we do from now on.”

Launching with a hero 120” film, the campaign was created by Flybuys’ integrated agency, CHE Proximity, and is directed by upcoming Australian talent, Sanjay De Silva. Distilling the hardcore Flybuys fans’ attitude into a thumping anthem, the TVC reveals a range of core customers across the country telling Aussies that when you ‘Give a Flybuys’ you can take more holidays, presents and dollars off your shop.

Says Rosemary Martin, chief customer officer at Flybuys: “This campaign demonstrates the essence of Flybuys; our program, our members, and our shared belief. More than a tagline, ‘Give a Flybuys’ is an attitude that transcends age, gender, income and postcode. When members ‘Give a Flybuys,’ they can take more of what they want, whether it’s a holiday, money off at the supermarket, the latest appliances, or even fuel for their car.”

Says Cam Bell and Sam Dickson, creative directors at CHE Proximity: “It’s not often you get to take such a well-known brand in such a dramatically new direction. The whole experience of the brand now matches the value of the product and opens the doors for awork to have that ‘Give a Flybuys’ spirit.

The integrated campaign ‘Give a Flybuys. Take More’ launches today with a hero 120” TVC and will roll out across OOH, PR and in Coles stores. 30” and 15” cut downs will be used across digital channels. Media planning and buying is led by OMD. 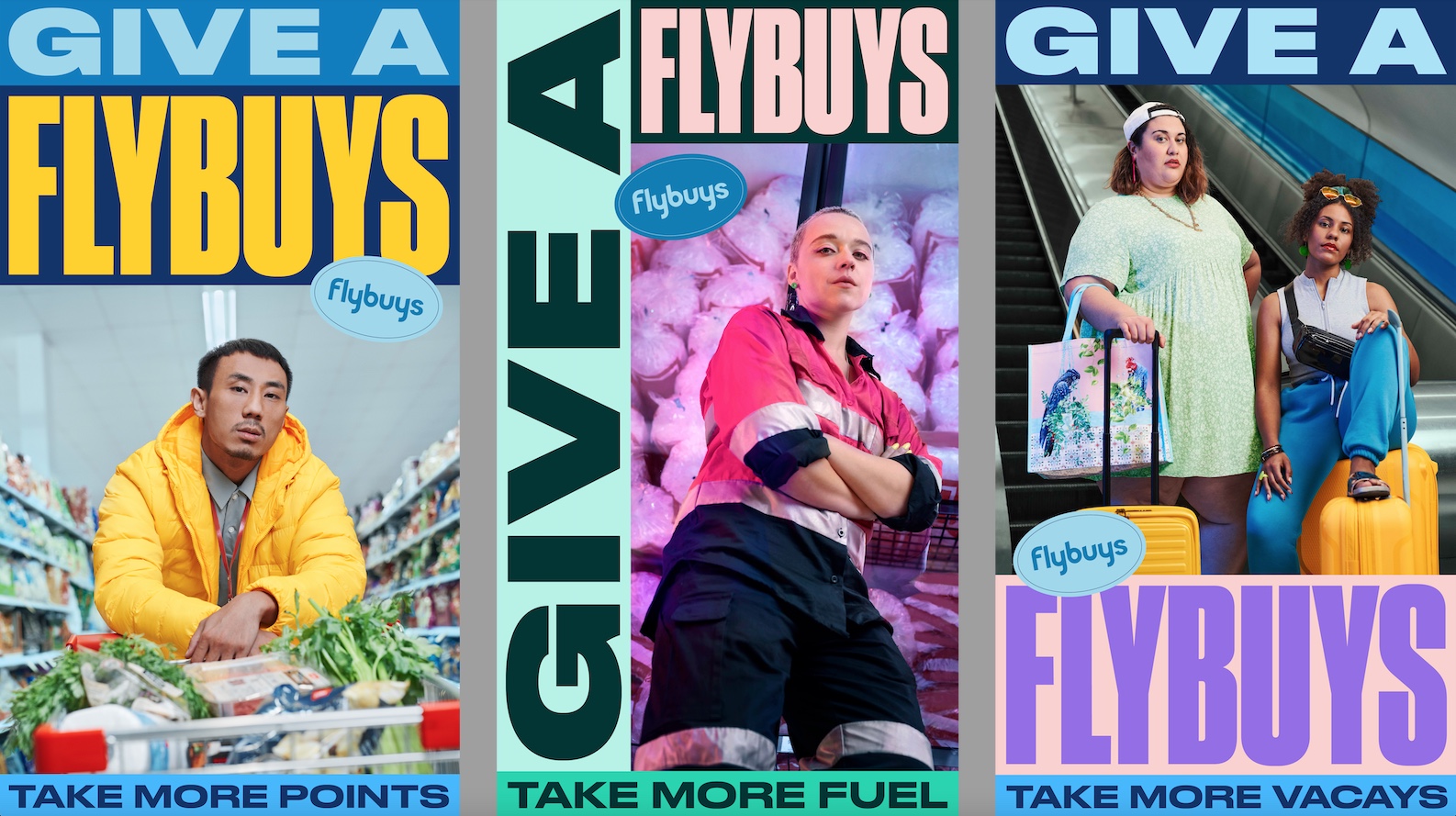