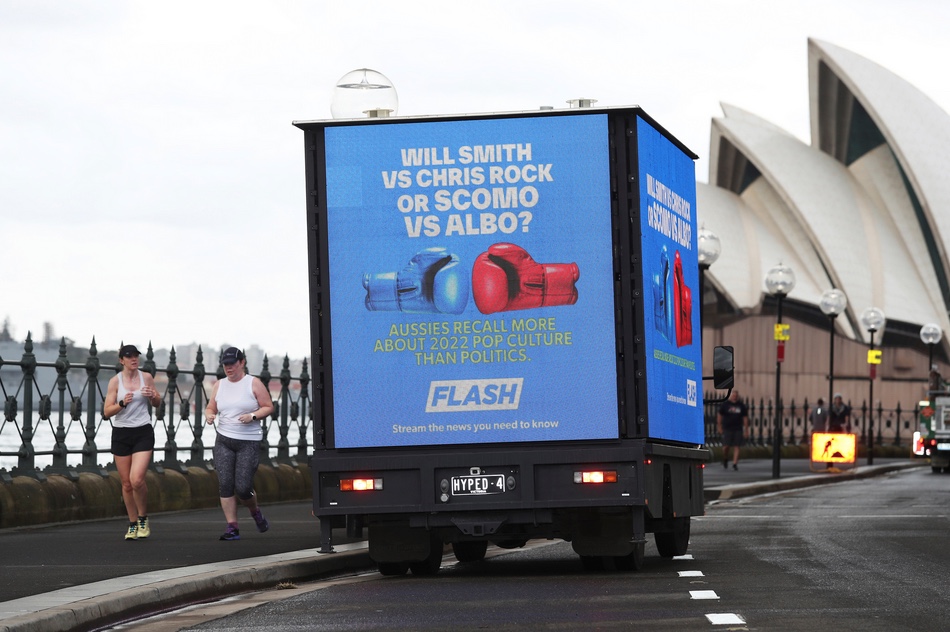 Ahead of the Federal Election on 21st May, Flash – a first of its kind news streaming service – has launched an integrated PR and out of home campaign looking at the nation’s understanding of politics and recall of political news relative to pop culture stories.

Developed in collaboration with Publicis Group PR and communications agency, Herd MSL, the campaign, which was led by consumer research (The Flash Report) revealed a large gap in political knowledge and recall, encouraging Aussies to get clued up.

Punny billboards can be seen popping up across iconic Aussie locations, featuring commentary based on research conducted via YouGov.

Key findings from The Flash Report include:
● Political stories are playing second fiddle to pop culture when it comes to what’s resonating with the nation. Aussies are more likely to recall news about Djokovic’s deportation (52%), Ash Barty retiring from tennis (47%) and Will Smith’s slap at the Oscars (46%), than the government’s response to floods (38%) and latest vaccine rollout (20%).
● Two fifths of Millennials and Gen Z (39%) are more likely to say they can name more members of The Wiggles than State Premiers (26%). For Aussies more broadly, 42% are more confident in their abilities to name members of the national cricket team and tennis players than the Premiers of Australian states (27%).
● Political jargon has the majority of Aussies confused, with 60% admitting they had no idea what ‘Pork Barrelling’ is and the equivalent of 1.3 million Aussies believing it refers to some sort of social media trend.
● The Flash Report revealed that party leaders have work on their hands in the lead up to the election, as just 11% of Aussies say they are confident they understand the policies of the main Australian political parties. Moreover, the equivalent of 2.3 million Aussies say they have “no clue” when it comes to knowledge on the main Australian political party’s policies.

Says Kate de Brito, executive director of Flash: “New to the Australian market, Flash is a first of its kind dedicated news streaming service, enabling consumers to get all their news in one place. As a product targeting news lovers who thrive on staying informed, the upcoming Federal election provided the perfect opportunity to raise awareness of the platform’s unique offering and drive urgency to subscribe.

“We conducted research to explore how clued up Australians are when it comes to politics and how this measures up to their knowledge of pop culture. The findings delivered some fantastic insights which provided the perfect opportunity for us to create a cheeky out of home campaign which captures the attention of Aussies and highlights that there’s never been more reason to stay informed.”

As Aussies scramble to get informed ahead of casting their ballot on election day, Flash is a streaming service that allows viewers to stream 25+ news channels in one place. It includes world and national headlines, breaking news, documentaries and opinion from Sky News, CNN International, BBC World News, FOX News Channel, Al Jazeera and many more. 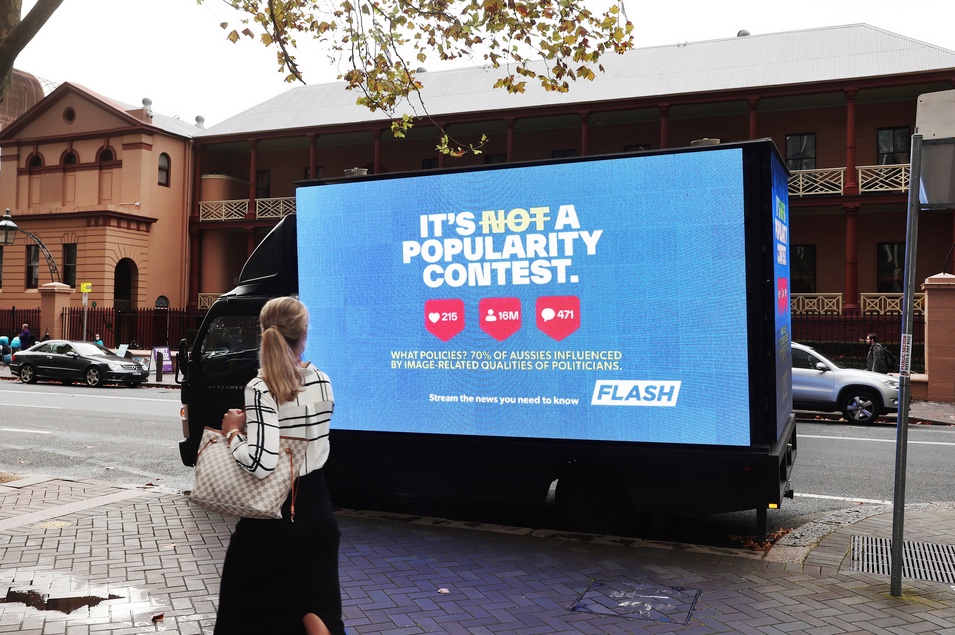 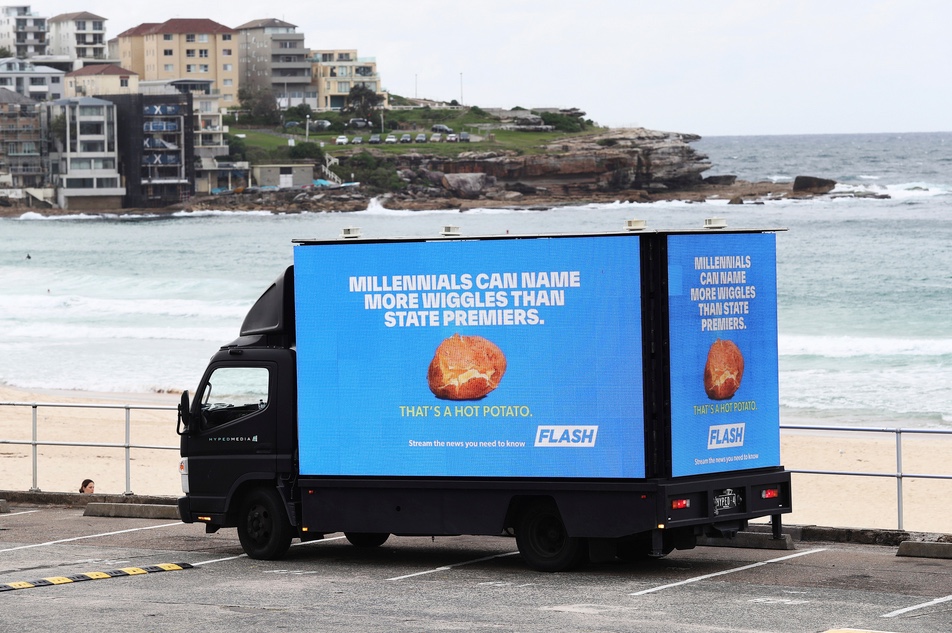 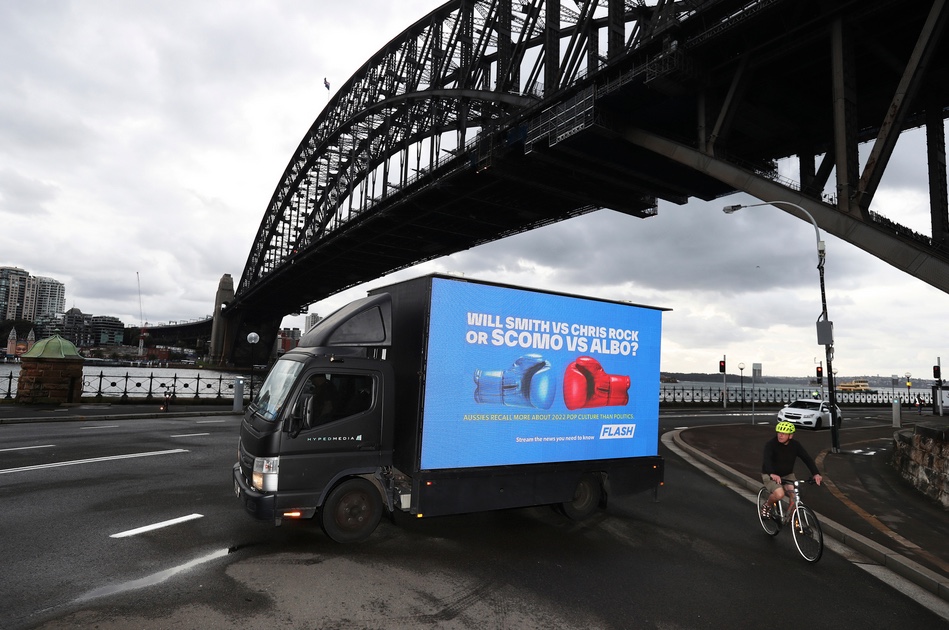 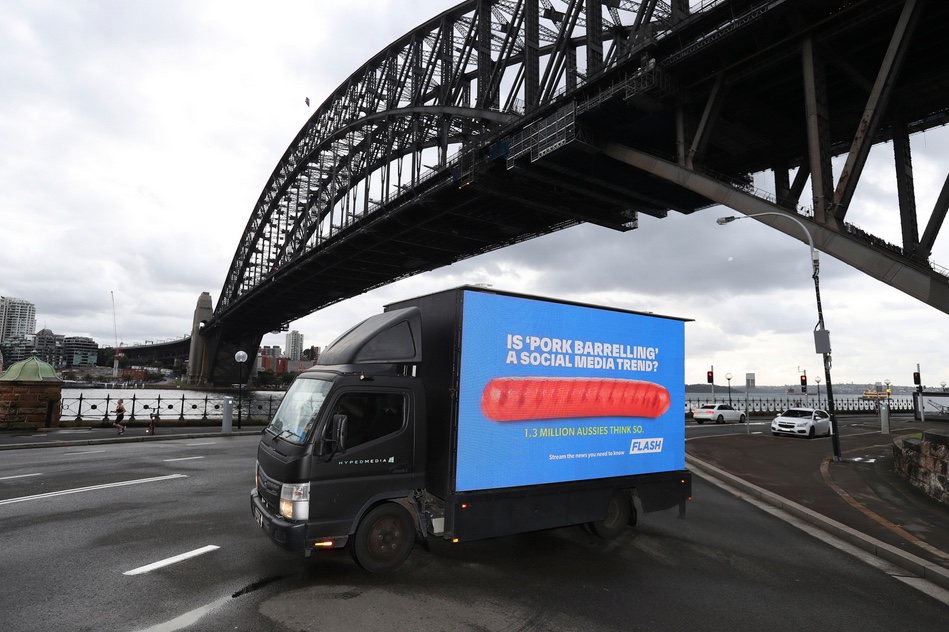