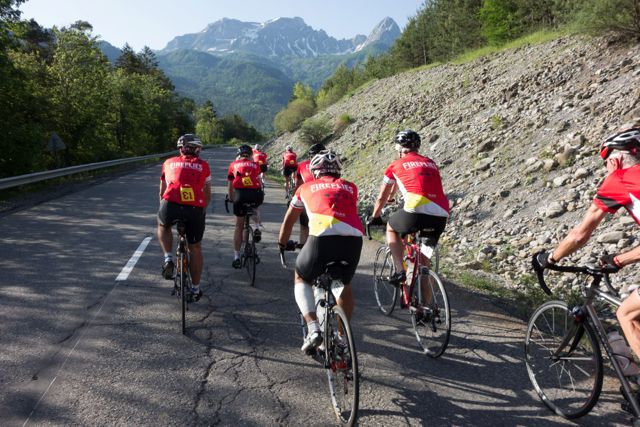 Inspired by the courage it takes to fight Cancer, each year The FireFlies cycle 1,000km+ across the French Alps from Lake Geneva to Cannes and arrive during the Cannes Lions Advertising Festival. Their mission is dedicated to raising awareness and fundraising in the media world in aid of Beating Blood Cancers / Leukaemia.

Early in the New Year The FireFlies are launching an Antipodean tour riding from Christchurch to Queenstown, New Zealand, February 1-8 2015. The tour covers 800kms over six gruelling days, raising money for The Snowdome Foundation and their own fight against Blood Cancers.

The FireFlies Tour was established in London in 2001 by advertising executive Sandy Watson Scott, chair, in recognition of relatives and friends’ battles with Cancer. RSA Films is the premier sponsor of the tour, which from the outset has been generously supported by the patrons: film directors Sir Ridley Scott and the late Tony Scott. Thanks to international media sponsors, The FireFlies have to date raised in excess of AUD $2.8 million to benefit the Hammersmith Hospital London, a world renowned leader in research and treatment of Leukaemia and other Blood Cancers. In 2007 FireFlies WEST was created, riding annually from San Francisco to Los Angeles raising money for the City of Hope Hospital in Southern California. 2015 will see the inaugural ride in the Antipodes for Snowdome.

After completing The FireFlies Tour in 2013, Wilf Sweetland, managing director and executive producer of The Sweet Shop wanted to bring the ride to Australia and New Zealand, to share the spirit and motto “For Those Who Suffer, We Ride”.

Says Sweetland: “The ride is an epic affair. Physically and mentally tough, it challenges you in ways you may never have imagined yourself experiencing. It is the most rewarding event I have been involved with, creating life long friendships from around the world.

“We are absolutely thrilled for our first tour to be raising money for The Snowdome Foundation. They’re ‘unlocking new treatments’ into early phase human clinical trials of next generation drugs and therapies and making hope real for the 11,500 Australians diagnosed every year with Blood Cancers”.

Generously organised and sponsored by The Sweet Shop, The FireFlies Antipodes Tour will alternate between New Zealand and Australia each year. Open to advertising professionals, places will be limited for this first tour.

To register your interest for The FireFlies Antipodes, please email Wilf at sweetland@thesweetshop.tv.

To find out more about The FireFlies Tour, please email producer Laine Lindsay Law at LLL@rsafilms.co.uk.

The Snowdome Foundation was co-founded by Publicis Mojo ECD Grant Rutherford in 2010 following the loss of his daughter Chloe to Leukaemia.