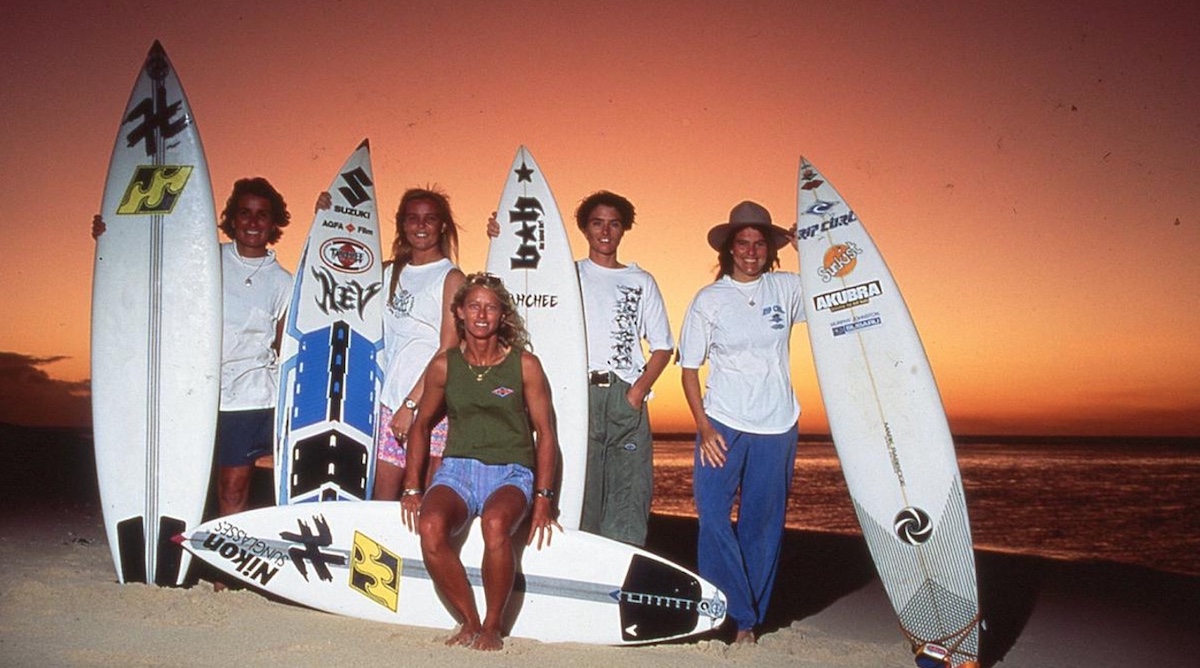 FINCH is thrilled to announce that Christopher Nelius’s crowd-pleasing feature documentary Girls Can’t Surf is now available to watch on Australian streaming service Stan. The film’s launch on the platform follows its nomination for Best Documentary at the AACTA Awards taking place on December 8th next month.

Girls Can’t Surf kicked off its run of success following its official selection at the Tribeca Film Festival in June 2020. It subsequently premiered in Australia at the Sydney Film Festival’s summer program in January 2021. Distributed by Madman Entertainment, it opened in over a hundred screens across the country and went on to become the highest grossing Australian feature doc of the year.

Directed by FINCH’s Christopher Nelius (Storm Surfers 3D, The Hammerstone) and produced by Michaela Perske (Black Divaz, Barbara, After the Apology), the film is an exciting new feature from the FINCH Entertainment team. Headed up by Camilla Mazzaferro, the same team also brought viewers the Netflix original Chef’s Table, the award-winning documentary Machine, and most recently A Fire Inside premiering at the Sydney Film Festival this month.

Says Mazzaferro: “We’re so proud to have Chris’s film in our growing slate of documentaries. We are focused on telling stories that have real impact, and this film has opened up a critical dialogue around gender inequality in sport while being exceptionally warm and entertaining. It’s exciting to know that it will be reaching new audiences and continuing to have such a positive impact on the issue of gender parity. We hope everyone has a lot of fun watching these audacious women.”

Says Nelius: ”Despite a few Covid challenges, the journey with Girls Can’t Surf this year has been a real joy. Especially seeing so many people come out to see it in cinemas earlier in the year.

“I’m even more thrilled that it’s now streaming on Stan, the purveyor of so many great Australian films and shows. I can’t wait for people to experience the story of these inspiring and hilarious Aussie women from the comfort of their couches with cosy slippers on.”

Girls Can’t Surf follows the journey of a band of renegade surfers who took on the male-dominated professional surfing world to achieve equality and change the sport forever. Featuring surfing greats Jodie Cooper, Frieda Zamba, Pauline Menczer, Lisa Andersen, Pam Burridge, Wendy Botha, Layne Beachley and more, Girls Can’t Surf is a wild ride of clashing personalities, sexism, adventure and heartbreak, with each woman fighting against the odds to make their dreams of competing a reality.

Girls Can’t Surf is now streaming on Stan. The film has received global distribution in the UK, France, Spain, South Africa and Brazil. It will be available in the USA next month.