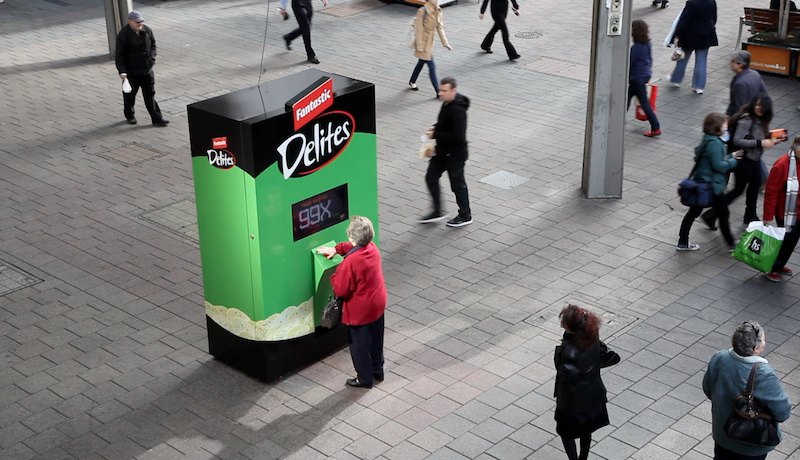 Says Erik de Roos, account director at Clemenger BBDO Adelaide: “We started with the insight that once people try Fantastic Delites, they generally end up buying them. So we were looking for a unique way to get people to taste the product.” 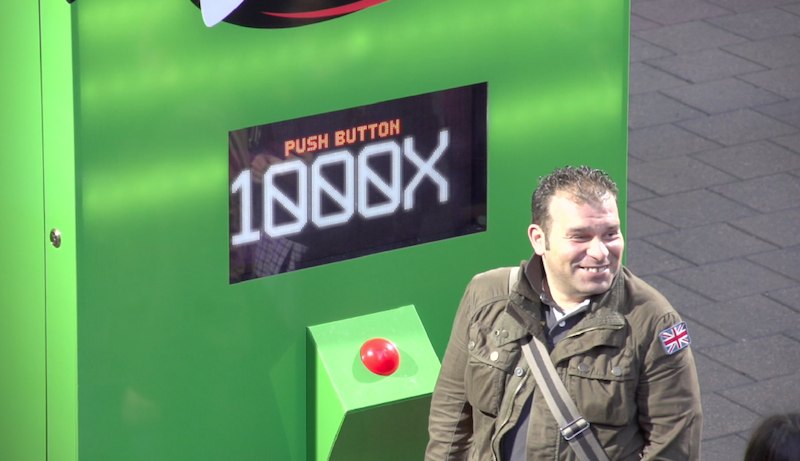 The result is an interactive vending machine dubbed the “Delite-o-matic” which gives people a free pack of Fantastic Delites by means of pushing a button hundreds of times or performing challenges.

The Delite-o-matic was put out on the streets to prove that because Fantastic Delites taste so good, people will go to incredible lengths to get them.

Says Michael Neale, chief marketing officer, Fantastic Snacks: “When the agency first presented the idea we immediately felt it was a great way to get consumer participation and engagement.

“The most compelling part of the idea for us, however, was that the product and its core benefit sits at the very heart of it.”

The project was made possible with the support of Adelaide based production company Anifex, who built the Delite-o-matic from scratch and managed the video production.

Says Richard Chataway, Anifex: “We knew the project was going to challenge us right from the very start. But at the same time we also recognized it was a unique project so we jumped at the opportunity to be involved.”

The Delite-o-matic campaign has officially launched today with an online video and a consumer promotion where consumers can play a virtual version of the Delite-o-matic to win prizes. The machine is also making an appearance in Southern Cross station in Melbourne today to help support the launch, with more videos expected to be released in the coming weeks.