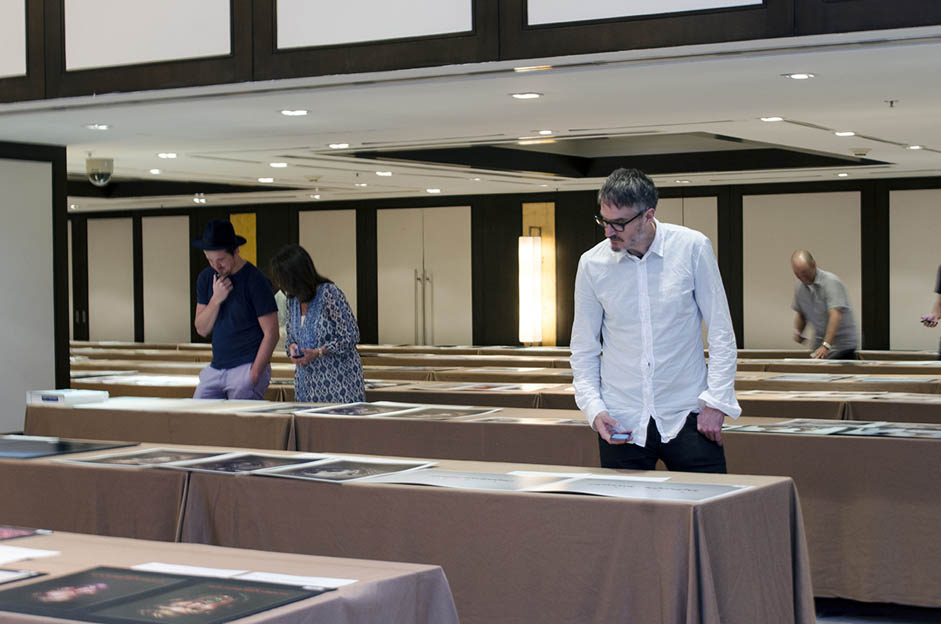 Jeff Kling is the Chief Creative Officer at Fallon New York (pictured) and recently took part in the International ANDY Awards judging, held last month at the Mandarin Oriental Hotel in Bangkok. Here is his overview:

Sketches of Bangkok: Impressions, Observations of an irrepressible flanuer…..

Bangkok is a case study viewing room where there’s never enough coffee. Please don’t misunderstand me. I’m not saying our Thai and ANDY hosts weren’t perfectly hospitable. Of course they were. Legendarily so. I’m just saying there’s no such thing as enough coffee. Generally. And specifically, there isn’t enough coffee to surmount 11 time zones and 11 quadrillion case studies bent on transforming viewer brains into oatmeal.

Thing One: We expect credit for our good intentions.

We’re so sincere. We mean so well. Award us.

I remember very few entries from this show even bothering not to be cause-related. Supercausey Supersameness, dreary and wearying, ate our will.

Straight through the end of judging we were awash in moisture. This happened because people tend to judge a cause–its scope, scale–rather than the work supporting the cause. Decades of award shows have shown this to be a reliable means to mine metal, so as an industry we’ve elevated the Award-Seeking Cause to a sport. Leaching causeyness into core sales efforts. And being human, juries continually tend to favor well-intentioned work. Until it feels playbooky and they turn on it. Is this fair? I don’t know. Is it fair that we judge Nicolas Cage’s acting based on the terrible roles he chooses?

Thing Two: There are too many piano keys.

We only need two of them. Play them back-and-forth, over and over, case study after case study, until the weep ducts submit their last dewy cache. 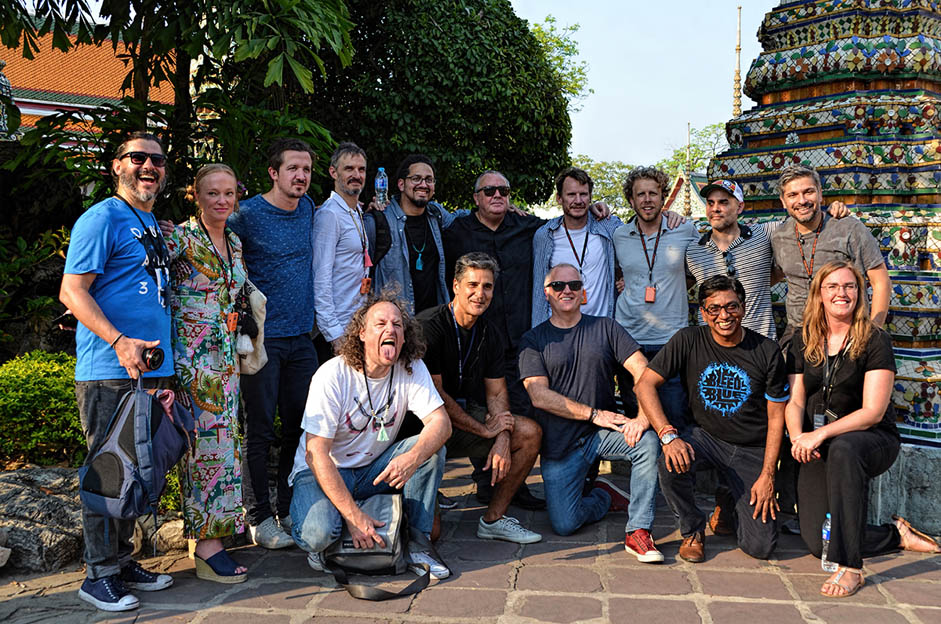 Sure we’ve seen too much of the ad frat and its class clowning. Humor (read: attempted humor) was too long an industry default mode. Of this year’s billion entries something like three tried to make us laugh. That’s just suspicious on a species level.

We would expect that work trying to connect emotionally (our jobs) would somewhat reflect the emotional bandwidth of its audience.

Maybe after all the pianos have been destroyed.

WHY I LOVE THIS SHOW A LOT

It’s kind of great to have everyone making the best work in the world seek recognition from creative directors trying to enable more of the world’s best work.

It’s kind of great, given that the ANDYs fall first in the calendar of international award shows, to evaluate work unburdened by the opinion or validation of other shows’ juries. 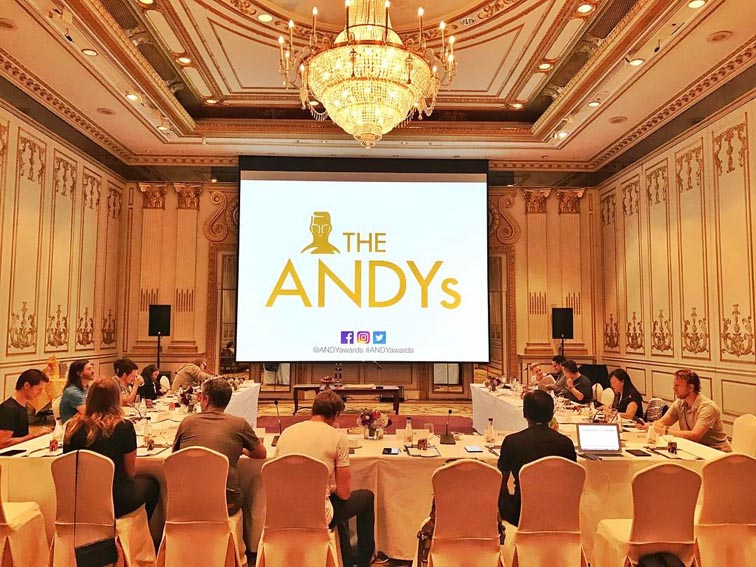 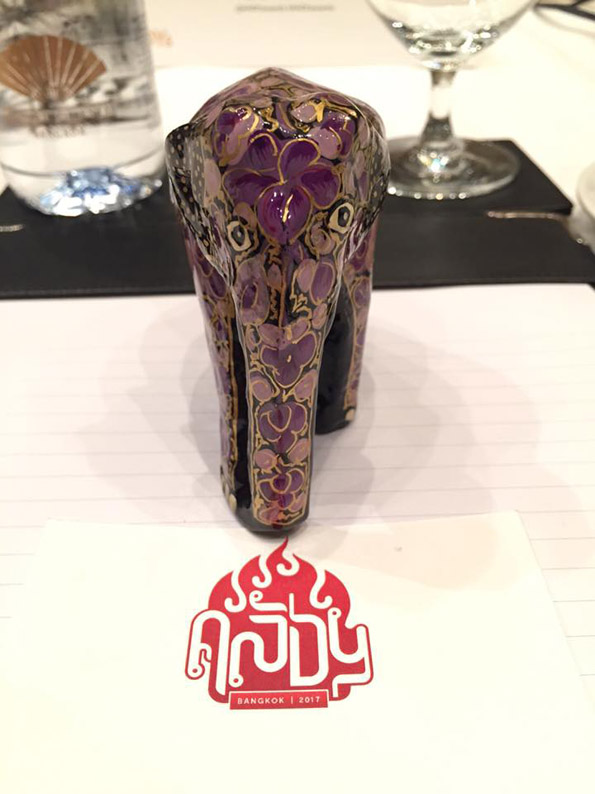 It’s kind of great that ANDY decisions Svengali the juries of subsequent shows. With alarming regularity an ANDY award bestows award-ability and deservingness upon the elect that the wider world of shows seem unable to ignore. Get in there. Get on it.

It’s kind of great that the ANDYs, especially under recent leadership – Colleen DeCourcy, Pete Favat – have come to acknowledge not merely brave work but the daring clients specifically responsible for it. The ANDYs are naming names.

We can all agree that the industry needs more brave clients.

Given we endeavor to make a difference with our work, it’s shocking how few campaigns distinguish themselves. As if we intend to blow billions trying not to be noticed. So much waste.

Our industry needs more brave clients. People willing to risk notice. Brave clients move us all forward. Much turns on their courage. We require client courage proportional to our creativity. They deserve credit, and bless the ANDYs for attempting that credit.

Our coattailing and bandwagoneering seems obvious. Not a good look.

Sameness is a security blanket reassuring many, but which few will admit to lying under cozily.

Everybody still loves to be shook. Everybody loves a surprise. Which is a nice way to say what I really mean: our industry bores even ourselves. Entire categories practiced at the highest level–like television–can arouse stubborn indifference in judges. Television campaigns that have wowed people for years, have made a stubbornly indifferent public care about the brand in question, have sparked double digit growth–wake the judges when it’s over. New television campaigns that appear on track to accomplish same? Yawn. Novel moves across existing media and blah uses of emerging media beat novel uses of familiar media fairly consistently.

Sincerity is but one note on the emotional scale.  We play one note at creativity’s expense.

If you have or see a piano, destroy it immediately. Case study films have rendered relentless two-note piano poignancy the enemy of humanity for all time. Destroy every single piano like they did in that rad Art of Noise video for “Close to the Edit” from 4000 years ago. Do it.