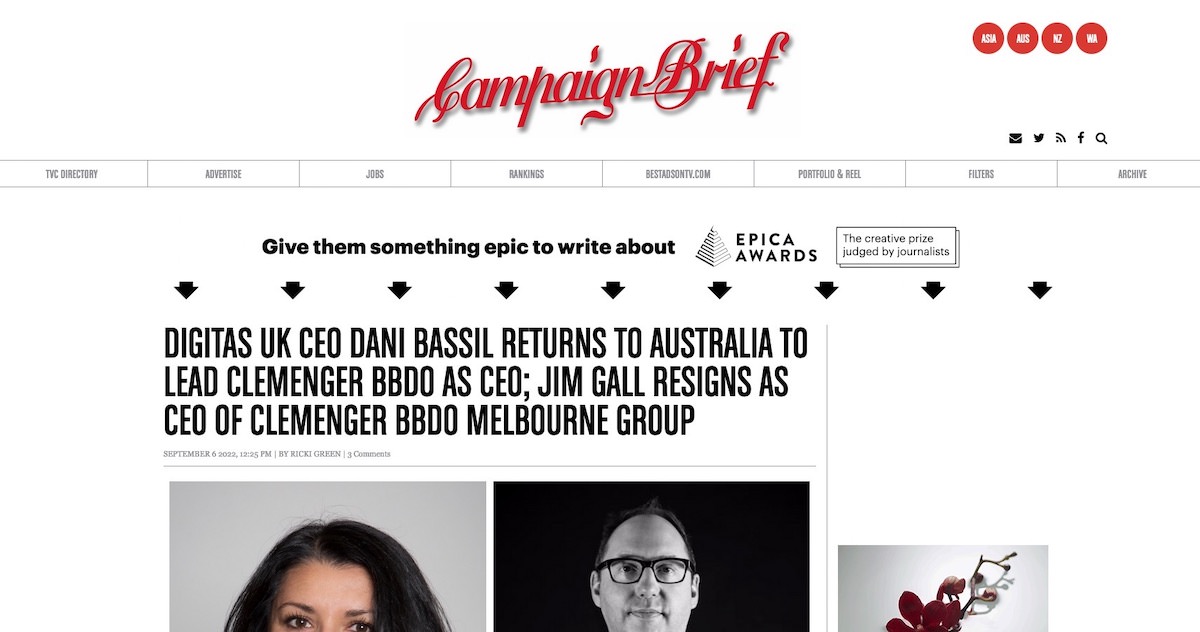 The Epica Awards’ 2022 “Open For Entries” campaign, created by VMLY&R, has a stronger focus than ever on the competition’s unique advertising trade press jury.

Based on the line “Give them something epic to talk about”, the campaign uses banners and full-page press ads to literally point to articles written by advertising trade press journalists. In other words: if you want trade journalists to write about your work, you should enter The Epica Awards!

The campaign was led by Dimitri Guerassimov, CEO and chief creative officer of VMLY&R France, working with creative duo Abi Stephenson and Matt Jones at VMLY&R London. The pair were Campaign Faces To Watch in 2021 and represented the UK at the Global Young Lions competition in Cannes.

Says Guerassimov: “VMLY&R is immensely proud to help connect agencies with journalists, giving epic campaigns the opportunity to be seen, recognized, and talked about.”

Says Mark Tungate, editorial director of The Epica Awards: “As the only global creative competition judged solely by journalists, we punch above our weight in terms of press coverage. Simply by entering Epica, before you’ve even won anything, you’re showing your work to this influential audience. We wanted to express that idea and VMLY&R nailed it in a direct and eye-catching way.”

The Epica Awards jury is made up of senior editors and leading journalists from the most prestigious trade press titles in over 50 countries, including Campaign Brief representing Australia and New Zealand, as well as writers from specialized titles voting on categories related to their industry.

The awards are currently open for entries until October 7. The ceremony will take place on December 8.