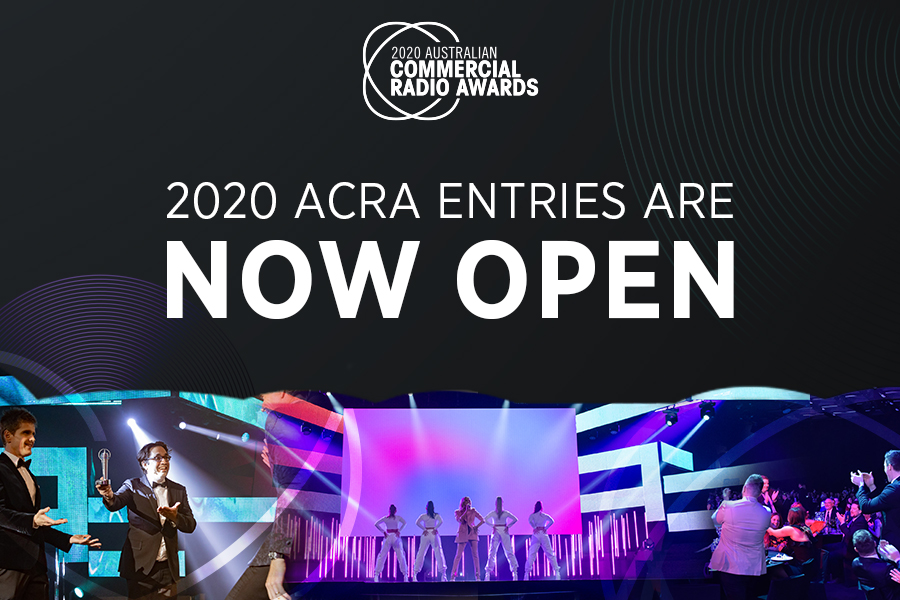 The 32nd annual Australian Commercial Radio Awards (the ACRAs) will return to the Gold Coast on Saturday, October 10, with the who’s who of commercial radio set to hit the red carpet at The Gold Coast Convention and Exhibition Centre.

Entries for the awards open today, with more than 1,000 of the industry’s stars, personalities and executives from around Australia expected to attend the event.

Awards will be handed out in 39 categories, covering all areas of radio broadcasting, including news, talk, sport, music and entertainment.

The ACRAs are organised by Commercial Radio Australia and were last held on the Gold Coast in 2015. The big event will be preceded by Radio Alive 2020, the industry’s national radio conference, which will be held at The Star Gold Coast with more than 600 delegates.

Says Joan Warner, CEO, CRA: “We’re looking forward to bringing the ACRAs and conference to the Gold Coast this year to celebrate the best of Australian radio.

“Last year’s events attracted millions of dollars’ worth of publicity across TV, radio, print, online and social media, and we look forward to putting our best foot forward again this year, while also providing a boost to the local tourism industry.”

Information on how to enter the awards can be found at the website www.acras.com.au.