We’ve all wondered what it would be like to be a rock star or movie star for the day. To be able to stand there with all the attention on us – and the world hanging from our every word. The reality for most of us is that our thoughts and feelings are not headline news. But there’s one date when those in power take a very keen interest in what we think: election day.

It was this line of thinking that inspired the development of two public awareness campaigns for this year’s Queensland Local Government Elections in March and the State Government Elections later in the year. The work was developed by Engine Group, for the Electoral Commission of Queensland, following a competitive pitch process held late last year.

The campaign work is light-hearted and fun. As David Bowie put it, ‘We can be heroes, just for one day’. It imagines a world in which everyday people are treated like royalty because what they think is so important. And in this campaign, those people who find themselves at the centre of attention just happen to love it. If just for one day.

A key objective for the campaigns is to increase participation rates and reduce the number of informal votes cast.

Says Kym Vercoe, general manager, Engine Group: “The world has shifted and now more than ever people are taking action and standing up for what they believe in and the change they want to see. We wanted to tap into this insight and remind Queenslanders that their vote helps shape the world they want to live in.”

Says Mark Smith, creative director, Engine Group: “This brief was perfect for an agency that’s focused on creating positive change. The ECQ gave us the opportunity to deliver meaningful work and make a genuine difference.”

Our message that election day is ‘The Day To Have Your Say’ is pulling in the voters now through press, online, radio and a series of TV spots directed by Gemma Lee at The Producers. 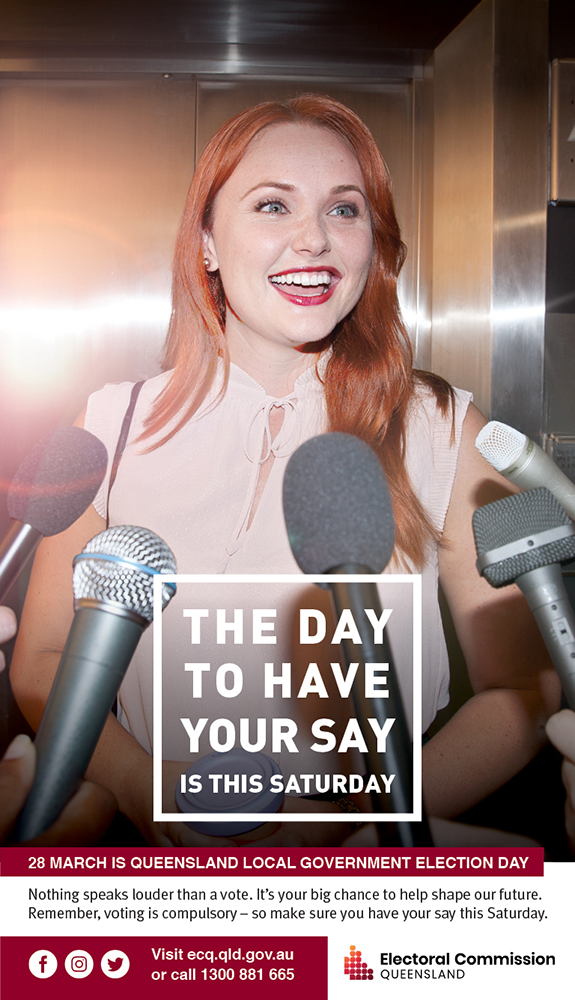 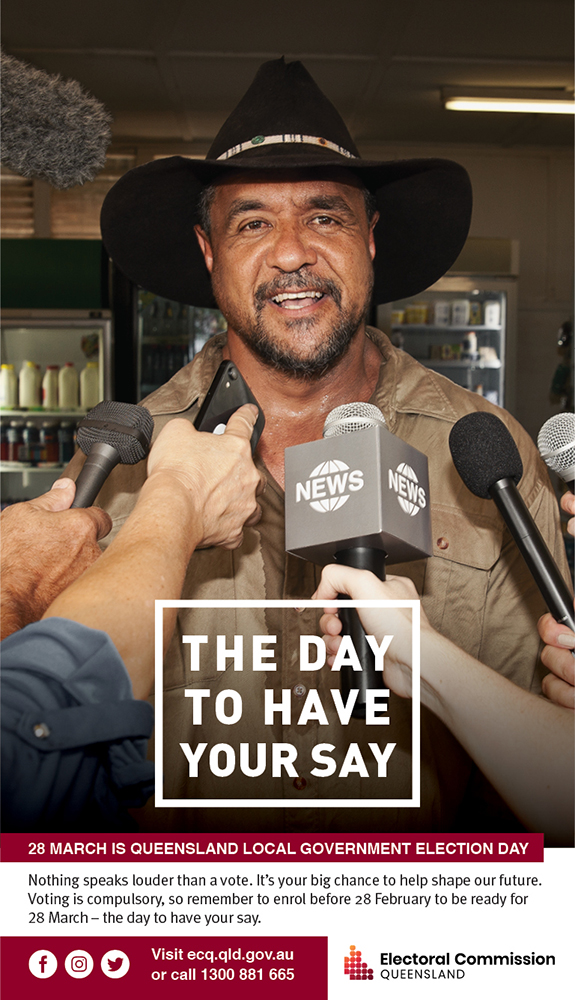 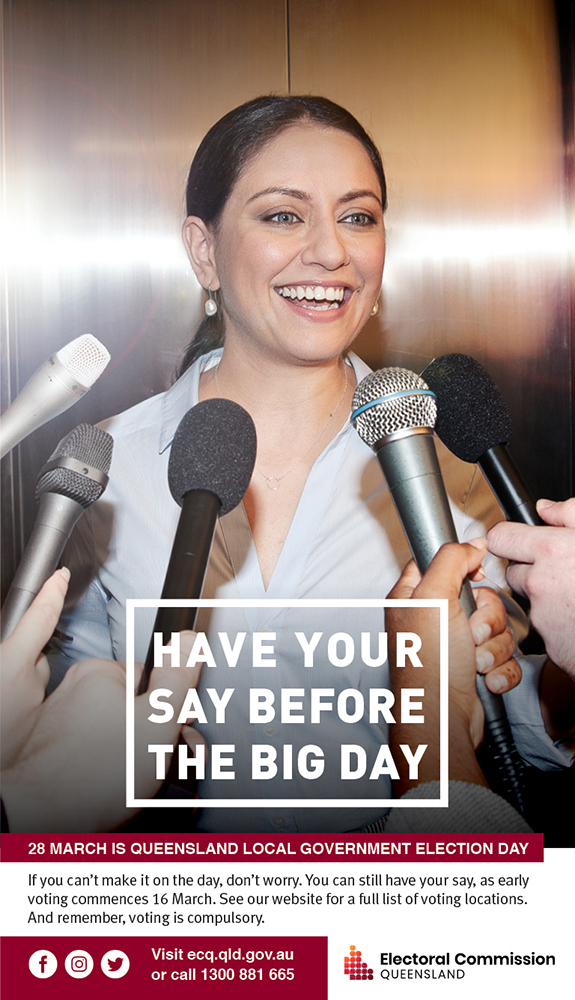