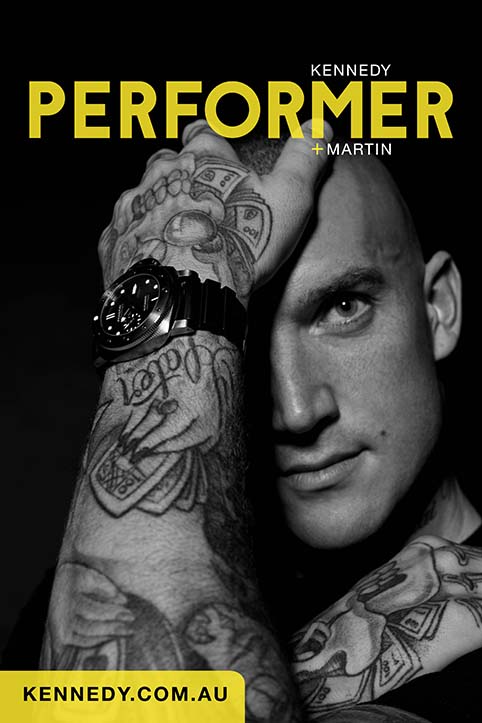 AFL champion Dustin Martin has once again collaborated with luxury retailer Kennedy to celebrate their shared love of luxury watches in the latest campaign via Melbourne indie agency Stan/Lee.

Striking new pictures, shot by photographer Lynton Crabb, of the Richmond triple Premiership player and three-time Norm Smith medalist will feature in a Kennedy campaign with posters displayed prominently outside the MCG and the centre of Melbourne to celebrate the superstar’s 250th game.

Each image features words that both describe the character of the watch and reflect Dustin Martin’s personality: he is part Enigma, part Iconoclast, a Performer under pressure and always an Individualist.

Kennedy Chief Marketing Officer Bettina Pidcock said this campaign captured the essence of Dustin Martin, an enigmatic superstar: “These distinctive watches are incredible masterpieces that reflect elements of who Dustin is. The beautifully shot images reflect Dustin’s qualities and these in turn show something about his character through the watches he’s wearing.

“At Kennedy, we believe that the watch you wear says something about you. We’re all complex characters, and different watches help to reflect different dimensions of ourselves. Perhaps people who see these images, might see a little of themselves.”

This is the second Kennedy campaign that Dustin Martin has featured in. 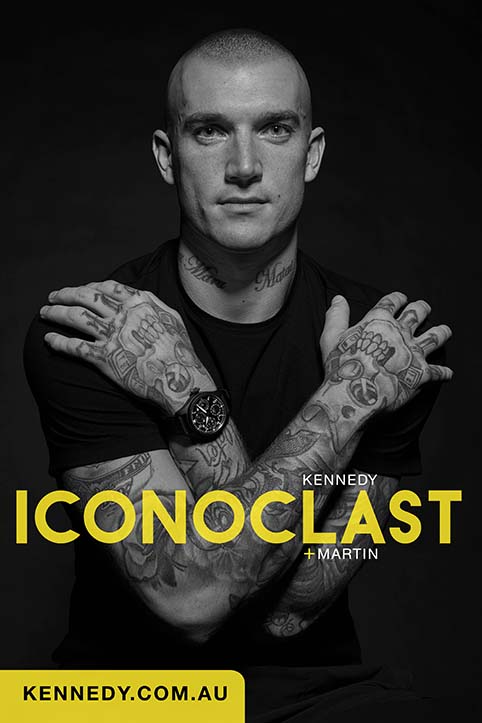