Aussie fan favourite, Drumstick ice cream, is putting a new spin on an Australian classic with the launch of Drumstick Vegan and a new above the line campaign via SDWM. But instead of just one flavour, they’re opting for three decadent flavours that challenge the current confines of what vegan ice cream can be.

Says Andrea Hamori, head of marketing, Peters Ice Cream: “For some time now, we’ve received requests from Drumstick fans to make a vegan Drumstick. With over 12% of Australia’s population now choosing a plant-based diet, we wanted to offer a broader range of flavours to both vegan enthusiasts and ice cream lovers alike.

“But we didn’t want to just stop at Vanilla. We chose to take this range to another level in terms of indulgence, by adding a crunchy chocolate wafer cone as well as decadent syrups and toppings.” 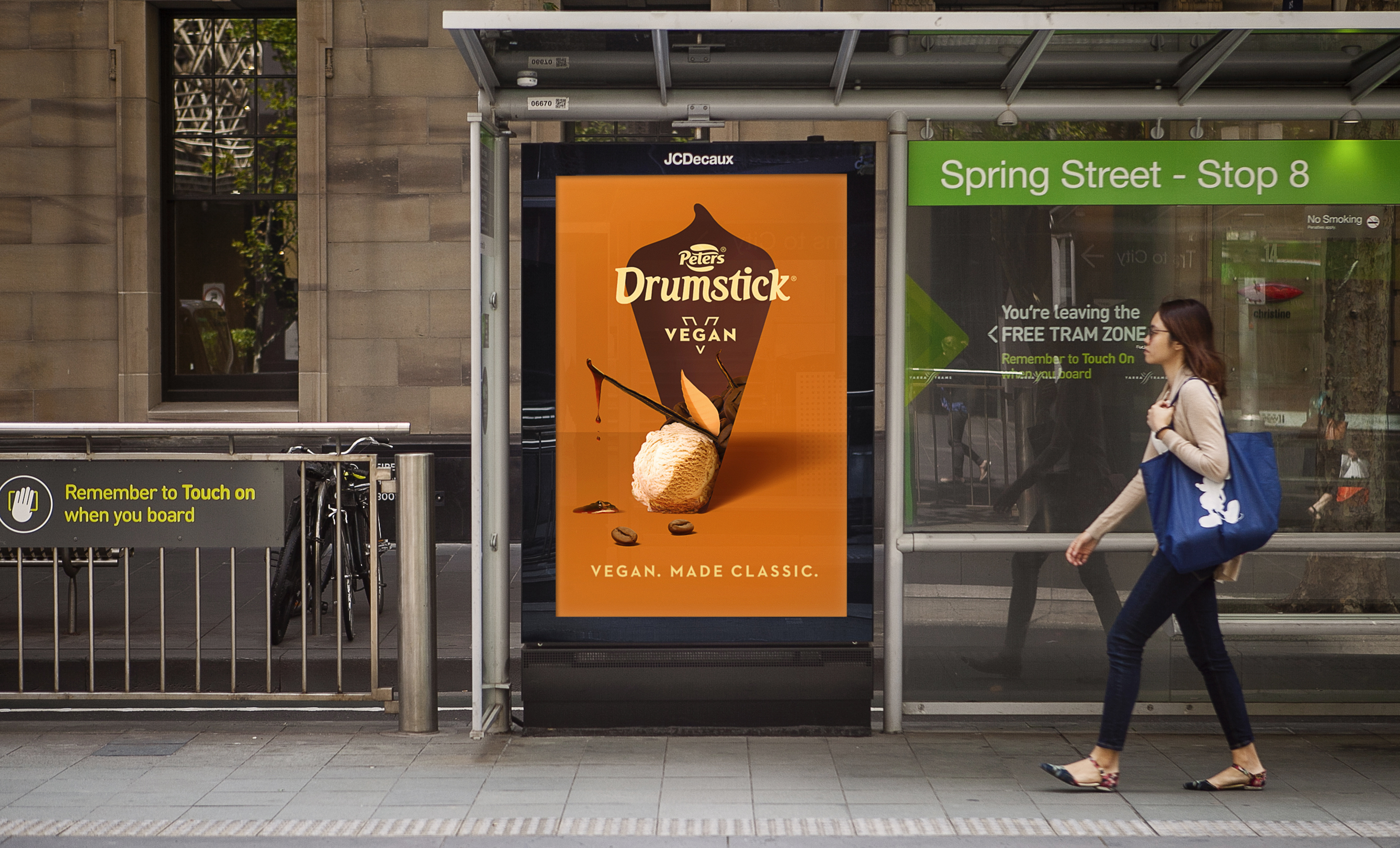 The campaign heroes the flavour combinations that set this new product range apart from its competitors – Affogato, Vanilla Bean Choc Almond and Raspberry & Coconut. The iconic Drumstick cone silhouette has been utilised to visually house each world of flavour and bring the three products to life.

Says Jake Turnbull, director of design, SDWM: “It’s not every day you get to reinvent an Australian classic. Working closely with Drumstick, we’ve been able to explore a more playful approach to design and rightly pay homage to the rich, complex and decedent vegan flavours Drumstick has created.” 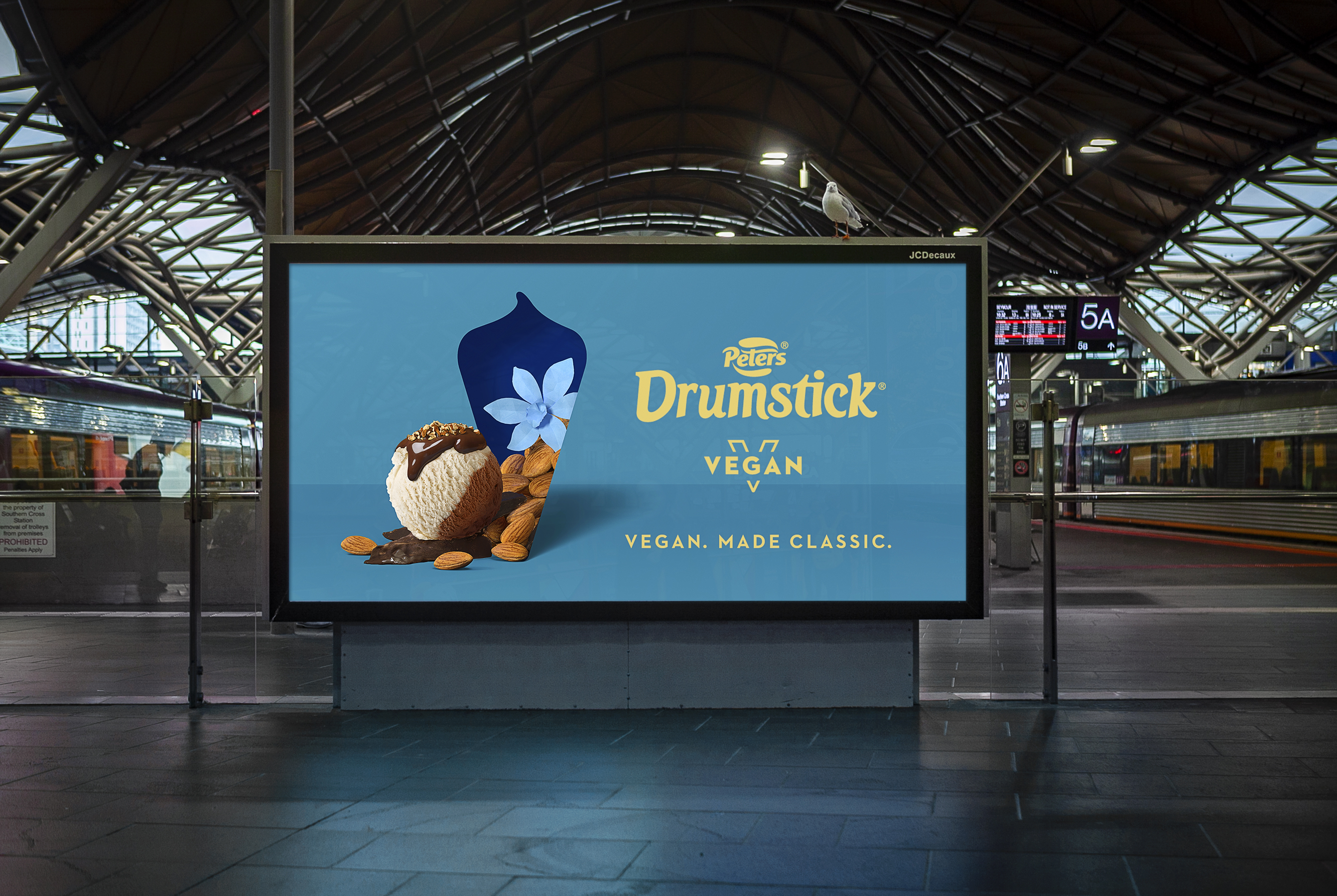 The campaign will appear across TV screens, OOH and digital channels. 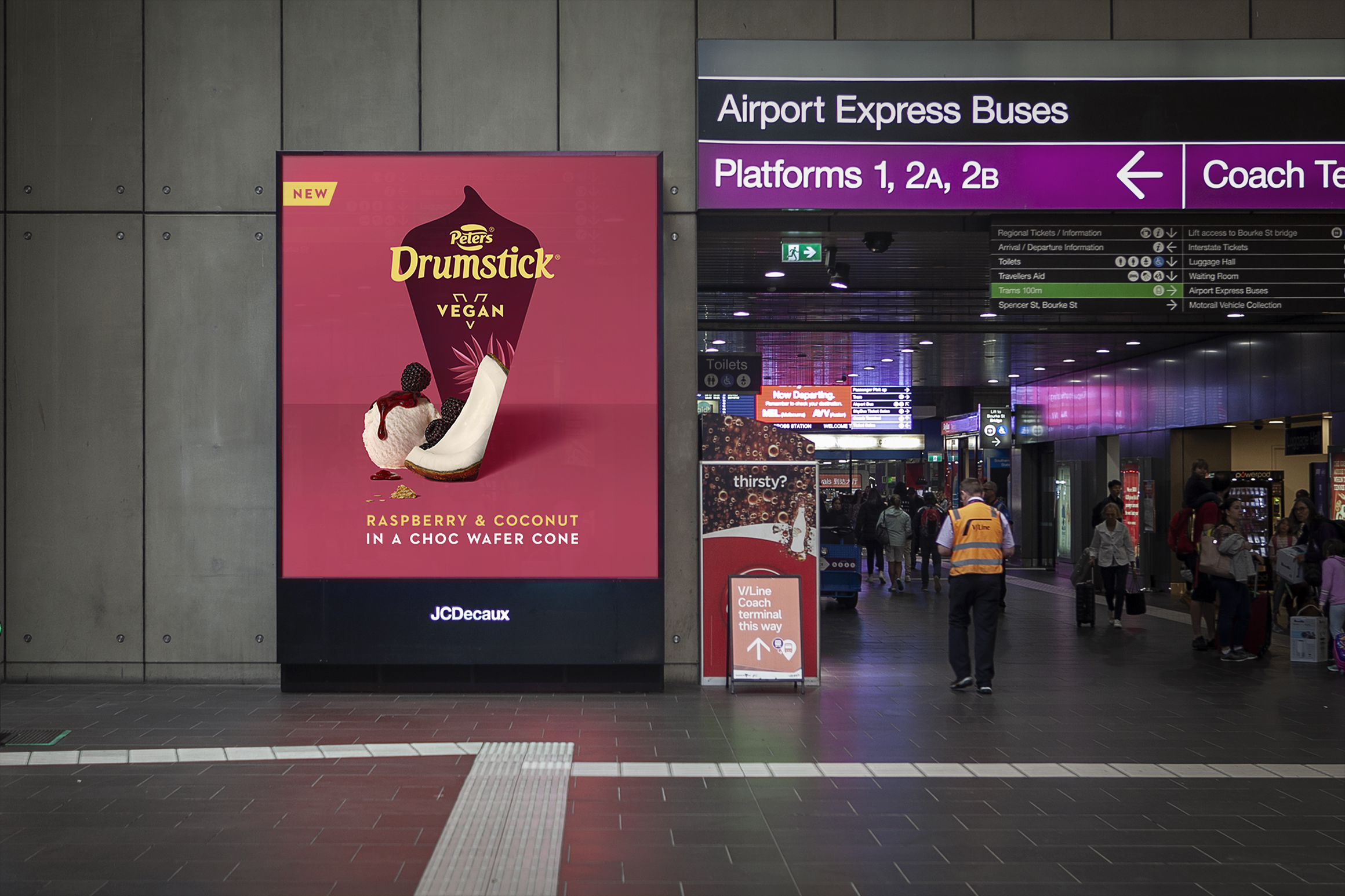