Does something smell fishy over the Cannes Lions Product Design Grand Prix winner? 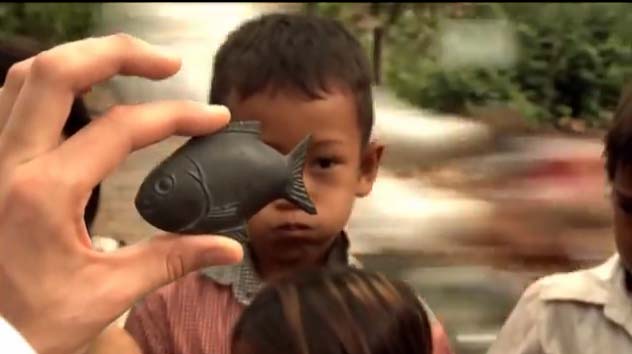 CB Exclusive: It wouldn’t be Cannes without controversy.

Question marks are been raised over the origins of the Product Design Grand Prix at the Cannes Lion. It was won by Geometry Global Dubai for the “Lucky Iron Fish Project”, but social media and Wikipedia are suggesting that Geometry Global are not the people behind this worthwhile product.

The credits on the entry list the involvement of Singapore advertising agency Arcade, and its Aussie expat co-founders, Gary Tranter and Matt Cullen. However, both are embarrassed by their names, and footage that they created for a Google job, being used in the Cannes awards entry.

Tranter calls “Bullshit” on the entry, which he says implies Geometry “spotted a need, came up with the Iron Fish idea and somehow designed the little fish”.

This morning Tranter released this statement below: 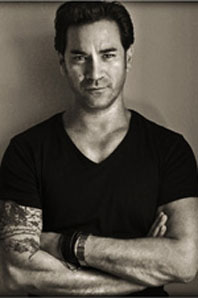 “So many people have been asking me about this and even congratulating me for winning at Cannes I felt I had to write something. I did not win at Cannes and my agency had nothing to do with the entry.

When the guys from Geometry Dubai called me, asking if they could use our Iron Fish footage to raise awareness for the Iron Fish project, I expressed reluctance as it’s not normal to release creative work to other agencies, but they assured me it was simply for PR purposes to generate donations.

I agreed. Anything to help this worthwhile project.

I have to say I was surprised to see they won the Product Design Grand Prix at Cannes.

Even more surprised to see they’d used the footage, music and exact words from my script, in their case study video. The video implies the agency Geometry spotted a need, came up with the Iron Fish idea and somehow designed the little fish.

I spent a long time in Cambodia with Chris Charles, the actual product designer of the Iron Fish (though he’d probably hate me calling him that) shooting a spot for my client Google and in the process learnt much about the amazing work they are doing out there. It’s not just the Iron Fish you know; the ceramic pot water filtration system is simply brilliant and is delivering clean water to many villages.

In the whole time I was there, I saw no one from Geometry Dubai’s Product Design Department, beavering away to help the people of Cambodia.

If winning is at Cannes is part of the PR awareness drive, I’ve got no problem at all with it, but I don’t think you should claim an idea and design when it’s not yours.

If you’re interested, the ad I shot with Matt Cullen, Rebecca So and Chin Chin-Han Yu can be seen here. Jonathan Finnigan was the Director and the beautiful music was created by Gerard Fitzgerald at Song Zu Singapore.

There’s no doubt Geometry Global are working with the client and helping them market the Iron Fish and it’s global awareness, but where the controversy lies here is that Geometry appear, through their entry, to be taking credit (and thus Cannes ranking points) for creating the Iron Fish. As one ECD Campaign Brief spoke to today said, it’s like TBWA Media Arts taking credit for the iPhone product design.

VIEW THE ORIGINAL STORY ON THE GRAND PRIX HERE