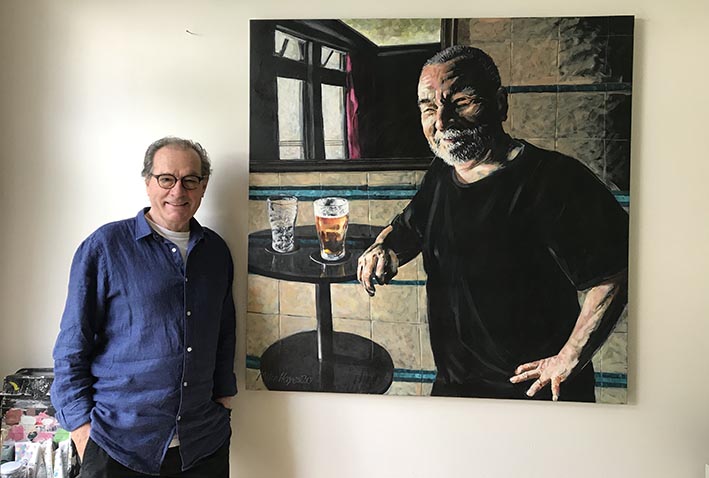 Since the doco ‘How Australia got its Mojo’ screened last year on the ABC and repeated Australia Day this year ~ and was the highest rating doco of the year ~ TVC director Mike Hayes’ portrait of Allan ‘Jo’ Johnston now qualifies for the Archibald Prize as a person distinguished in art, letters, media, science or politics.

Hayes, who shares a production office with Paul Swain in Crows Nest, told CB that about a year ago he picked up a brush for the first time in 45 years to attempt a portrait of George Harrison (pictured below) for his son, Simon to fill a space on his flat wall.

Hayes recalls how it came about: “Simon’s fiancee is a George fan, they both loved it, including Paul, who is working with Jo on a NATS Centenary film,” says Hayes.

“Next minute we’re having a beer with Jo at his local in Bondi Junction, where they shot the doco. The Archibald deadline is March 30 but I finished it a week ahead of schedule. And then I got an email from the Archie Committee. You guessed it: ‘Due to the Coronavirus the competition has been postponed, and submissions are delayed until further notice’.

“Anyway I’ve done my month of self isolation, now what? It’s called ‘Jo has one for Mo’. Hope we get in, apparently it’s a tough nut to crack, stay tuned.” 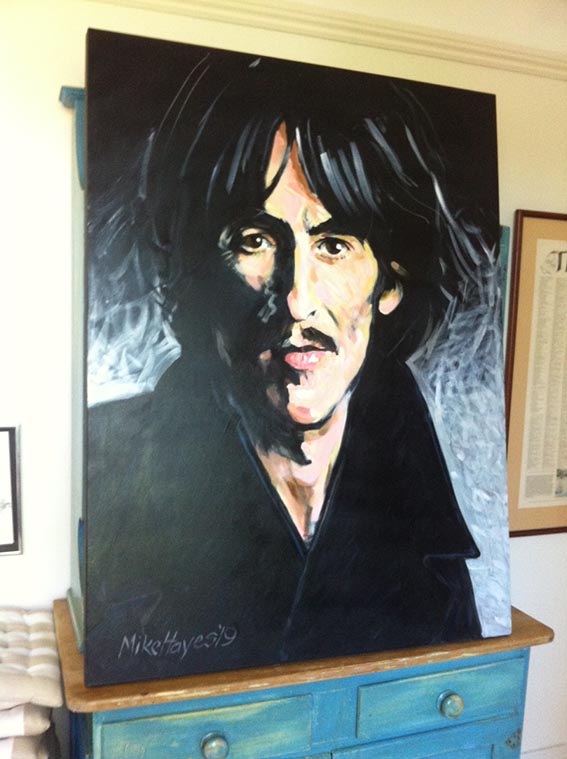