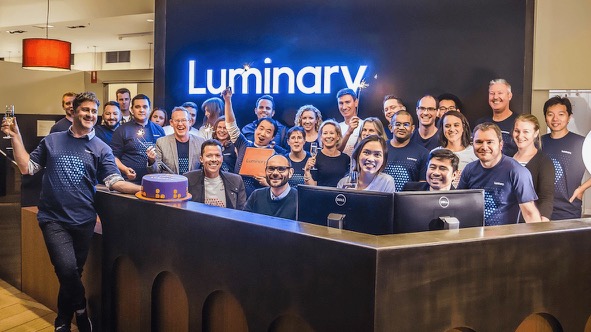 Digital agency Get Started has marked its 20th year of operation with a new name – Luminary. The name change has been accompanied by the unveiling of a complete brand overhaul.

The rebrand comes hot on the heels of a number of notable new client wins for the agency, including beyondblue, Bakers Delight, William Angliss Institute and Melbourne Business School. Ownership will remain unchanged and the agency will continue to service existing clients, including Crown Casino, Melbourne Airport, Clipsal by Schneider Electric, Metricon, Fred Hollows Foundation and Save the Children.

Says Marty Drill, CEO, Luminary: “With nearly two decades of history behind the name Get Started, the decision to rename the agency was not taken lightly. But the reality is the name Get Started no longer represents who we are. The time has come to have a name that reflects our current position in the market.”

Says Andy Thompson, CTO and Kentico MVP: “Back in 1999, the kinds of people we were generally working with were trying to get their first website going, or exploring the idea of e-commerce, so the name Get Started made a lot of sense. Now our typical client has already been on the internet for a long time – they’re not getting started anymore.”

Over the last three years, the agency has expanded from a single office in Melbourne to include offices in Sydney, Brisbane, Adelaide, Albury-Wodonga and Bali. There are now more than 45 people working across the six offices.

Hundreds of names were considered as part of the rebranding process.

Says Adam Griffith, managing director, Luminary: “It was the dual meaning of Luminary – ‘expert knowledge’ and ‘bright’ – that really made it stand out for us. To be luminary is to deliver something that’s bright, impactful and makes the human experience brighter.”