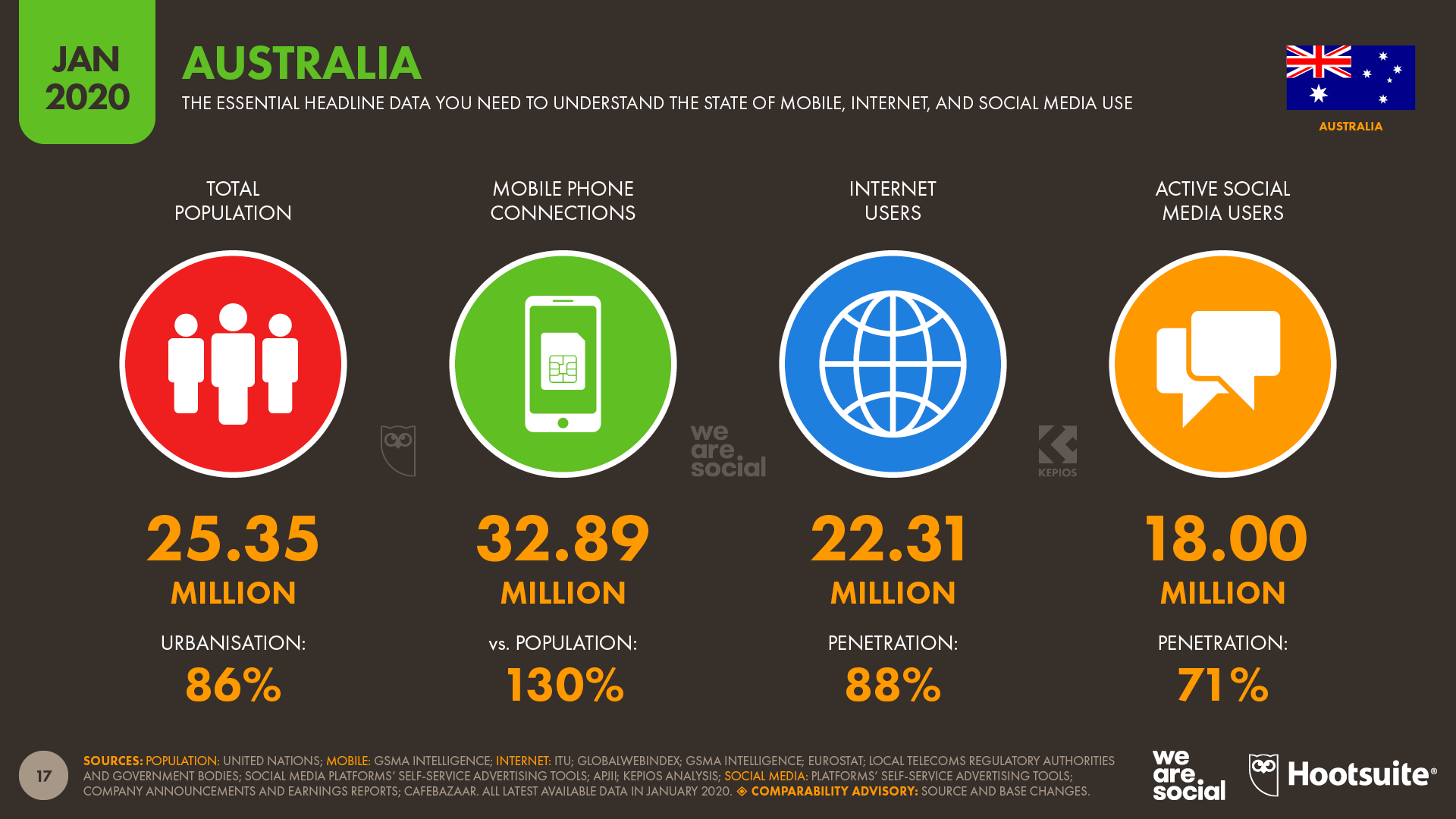 Smartphones are more powerful than ever and Australians are increasingly relying on them in their day-to-day life, according to Digital 2020: Australia – a report released today by socially-led creative agency We Are Social and Hootsuite, a global leader in social media management.

On average, Australians spend 2 hours and 13 minutes daily using the internet on their mobile devices. The preference is also to be attributed to the higher average speed of mobile internet connections, at 67.66 MBPS, the 5th highest globally (improved by 20% year-on-year), whereas we fall way behind the global average in the speed of fixed connections, at 41.78 MBPS, despite a 26% improvement year-on-year. 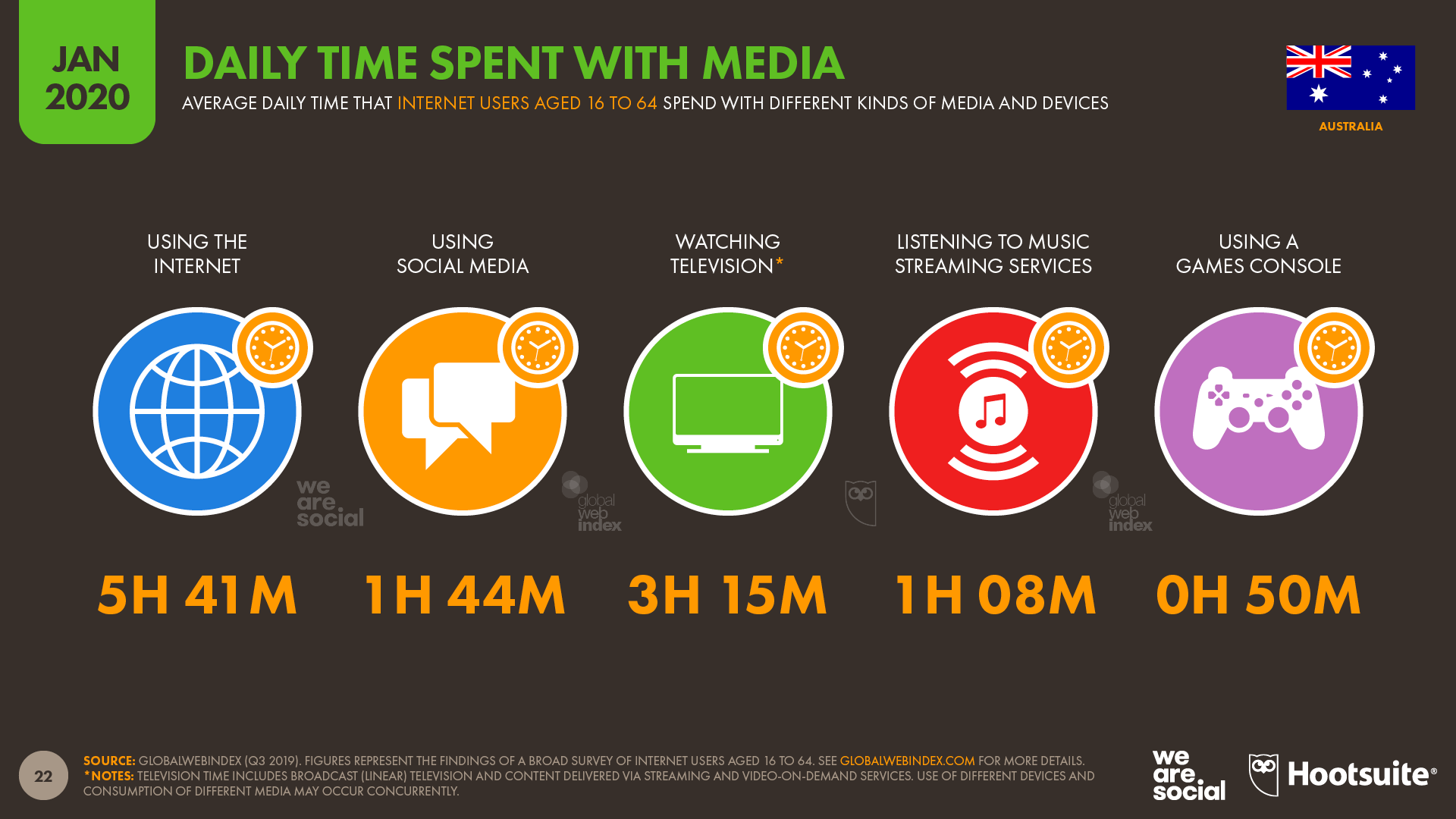 Mobile is also by far the device of choice when it comes to social media usage: not only 98% of social media users access via mobile; 60.2% of Facebook users only access the social network on their smartphones. With the rise of mobile-only social platforms like TikTok and Snapchat, we can only expect this trend to grow in the years to come. Brands need to be aware of this trend and approach their content creation with the audience in mind, and the context in which the fruition takes place. 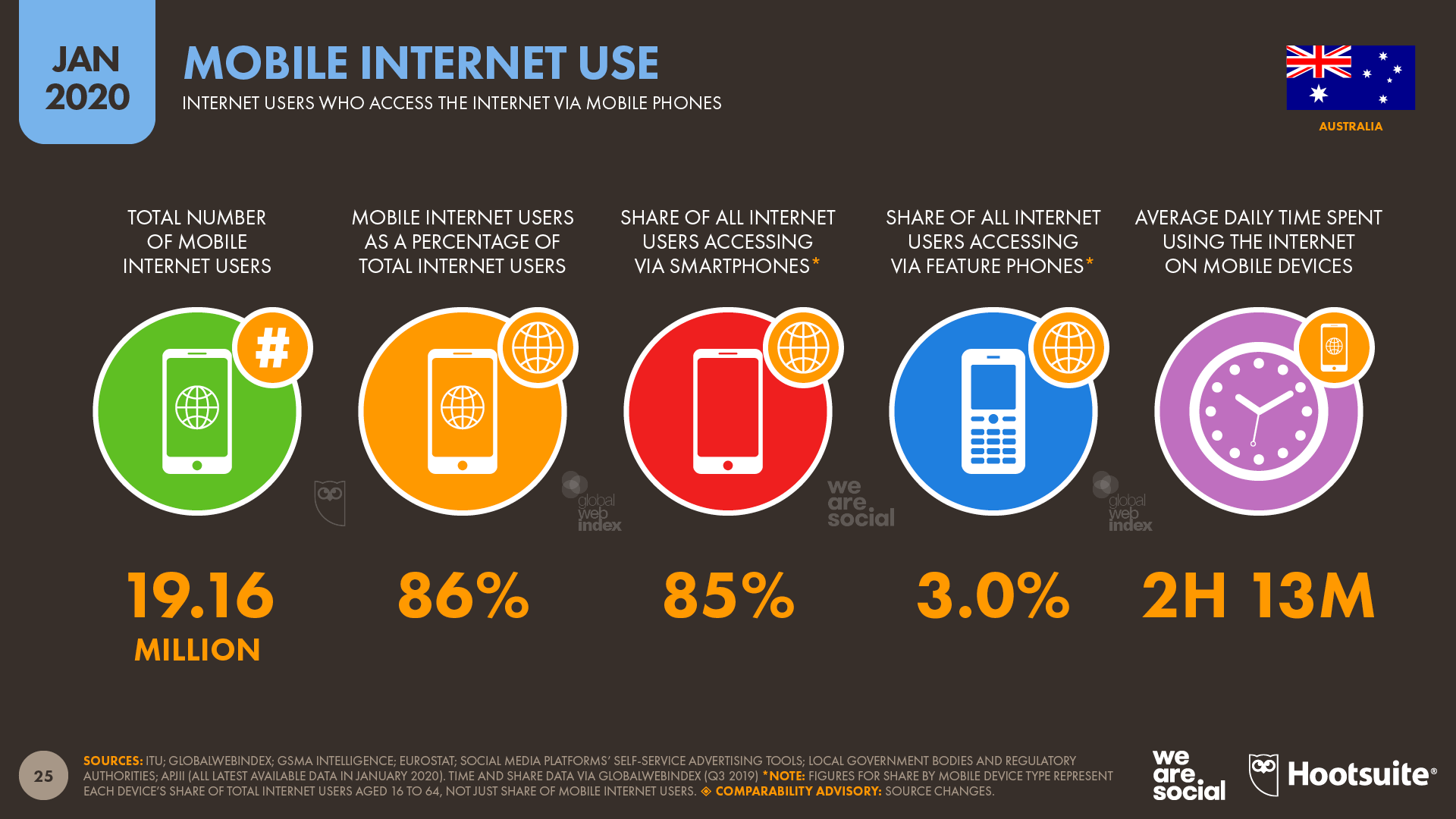 Says Gerry Cyron, head of strategy at We Are Social: “When it comes to social, understanding the differences between vertical and horizontal storytelling is crucial. As mobile phones become larger and their screens become wider, the way people consume content has changed – and that’s true for text, photography, and most importantly videos.

Vertical video’s popularity will continue to grow and potentially even outshine the traditional 16:9 aspect ratio. This doesn’t mean that Australians are going to throw their PCs and TVs in the bin anytime soon, nor that the creative industry should forget about landscape formats; in the end, YouTube is still the most used platform in our country. However, as strategists, we need to think harder about where and how our audience is spending their time, in order to determine where the content will be distributed, and make this a fundamental part of the brief to our creative teams.”

Says Heather Cook, general manager APAC, Hootsuite: “The Digital 2020 Report confirms the expansion of global interconnectedness through rapid digital acceleration. Yet, increased connectivity has led to identifiable gaps in equitable access to technology, and its corresponding impacts on sustainability objectives. In Australia, we now have over 22.3 million internet users and 18 million social media users, with digital and social media platforms enabling convenient connections at scale. However, brands must ensure that safeguarding consumer trust remains paramount, as 63% of internet users aged 16-64 are concerned about what’s real and what is fake online. Organisations should focus on creating authentic messages that resonate with audiences, whilst conveying value, which will foster trust and improve customer loyalty.” 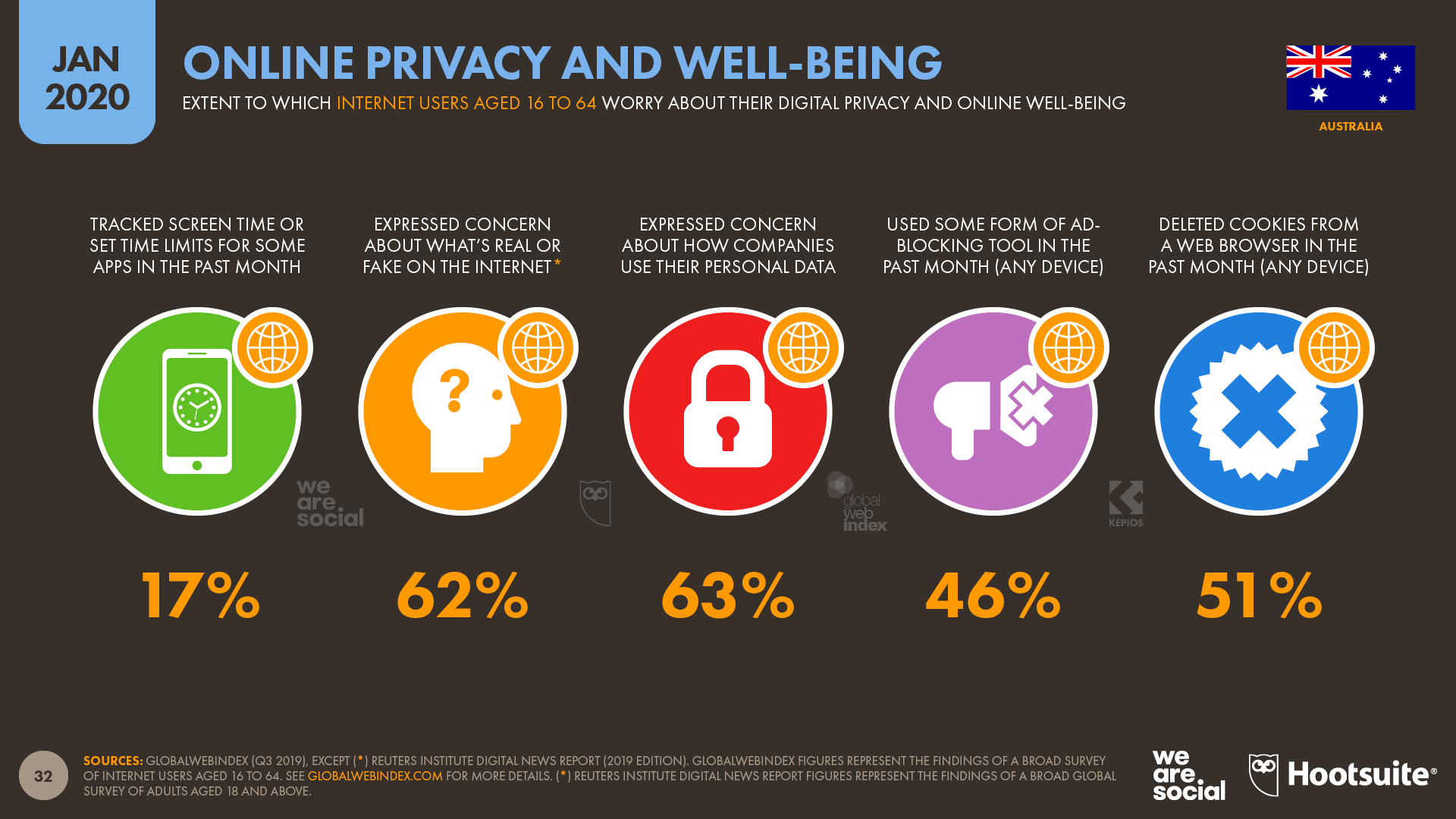 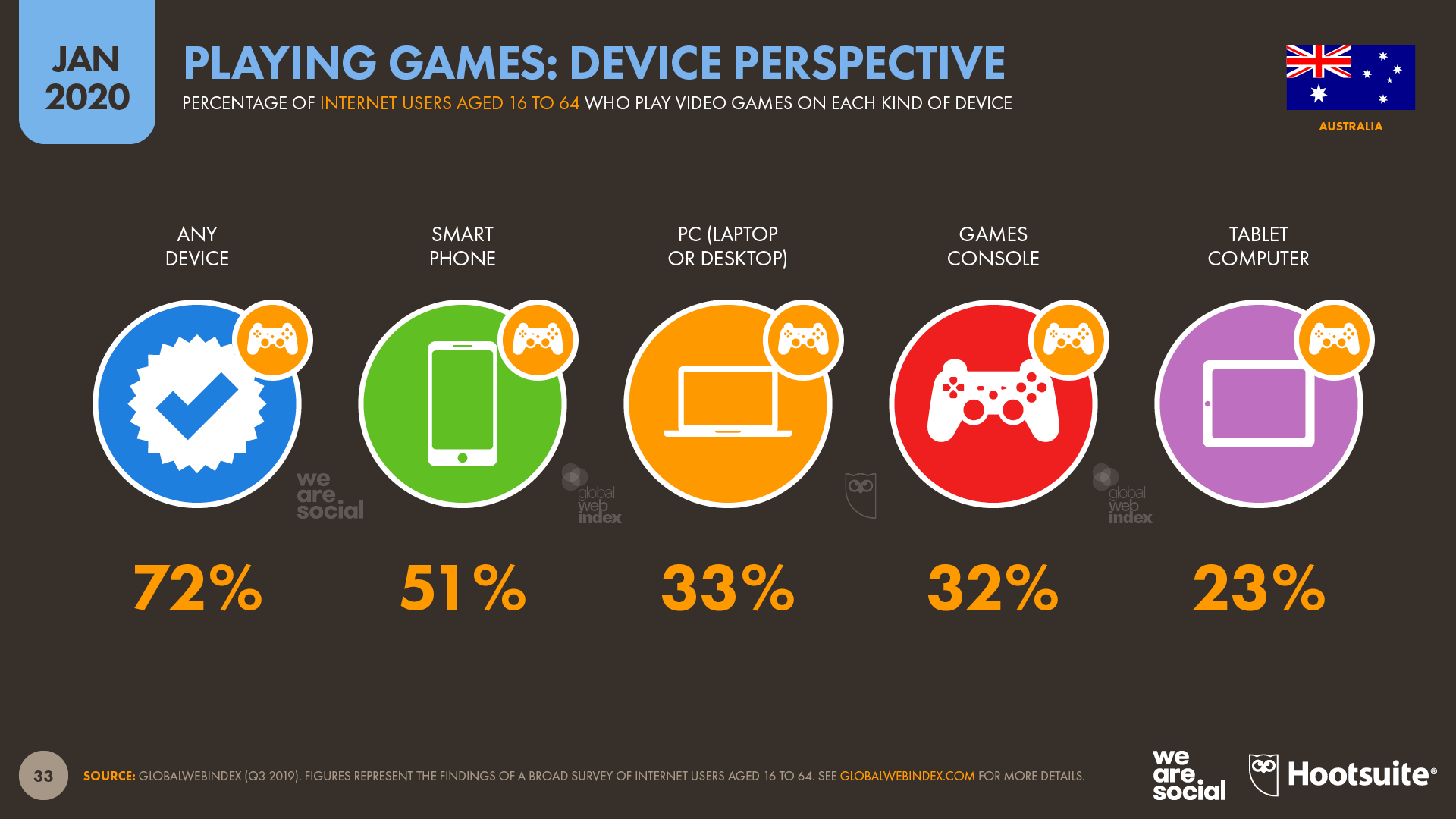