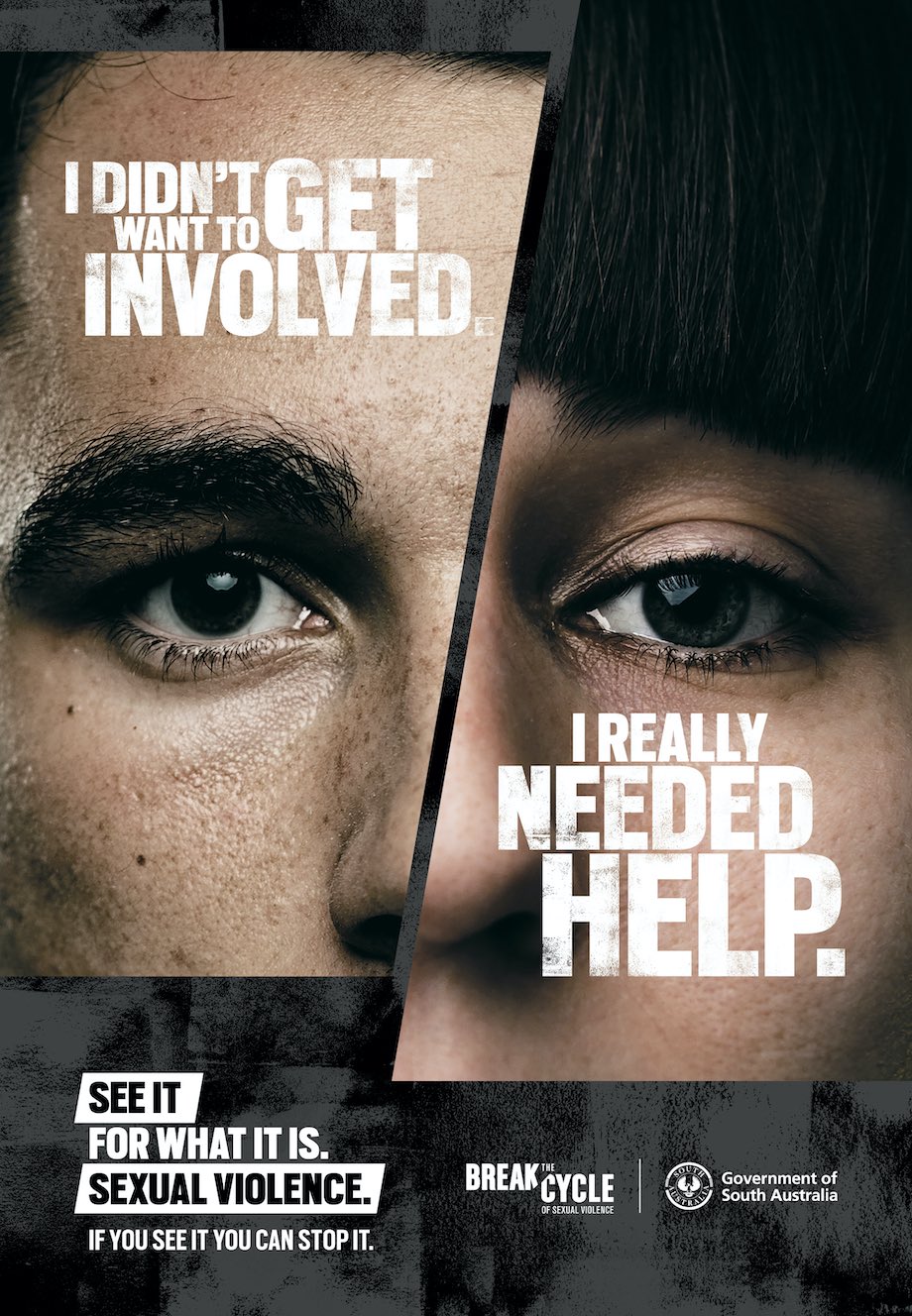 A provocative new campaign created for the Department of Human Services SA that calls out sexual violence in South Australia has resonated strongly with one of the world’s most frequented online dating apps.

Sexual violence is highly prevalent in Australia and has a devastating impact on many individuals, families, and communities. While men make excuses or deny that their actions are sexually violent, only the victim’s perspective matters.

Positioning perspectives of men and women in stark contrast, this confronting campaign for the Department of Human Services identifies the many kinds of sexual violence Australian women face every day.

Says Rory Kennett-Lister, creative director, Showpony Adelaide: “With male quotes highlighting the men’s denials, excuses or justifications for sexually violent behaviour, and female quotes depicting the reality of their situations, we want to force perpetrators to understand how their actions cause real harm to victims.”

The campaign also seeks to empower bystanders to call out sexual violence when they see it, driving people to a website with tools and information aimed at defining and stopping sexual violence.

Executed across radio, print and social media channels, the agency also recommended ad placement across popular online dating apps, while Carat Adelaide negotiated the controversial content approval. To maximise the impact of this unique placement, Showpony created tailored messages for an environment where women are particularly exposed to instances of sexual violence.

Says Kennett-Lister: “Effectiveness is about the right message, in the right place at the right time. The powerful nature of the campaign needed the ideal timing and placement within that online dating environment and we were pleased to have their support.” 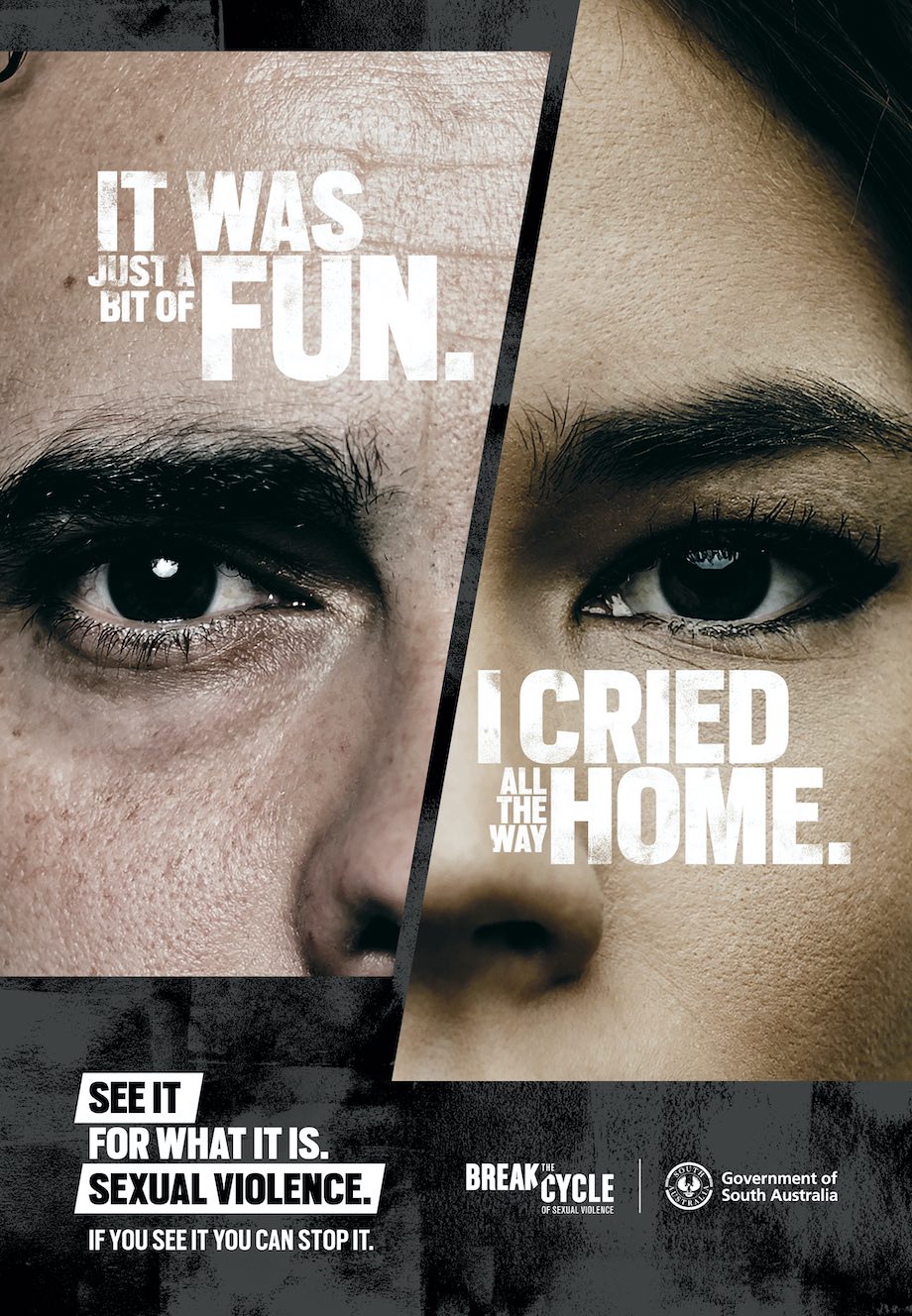 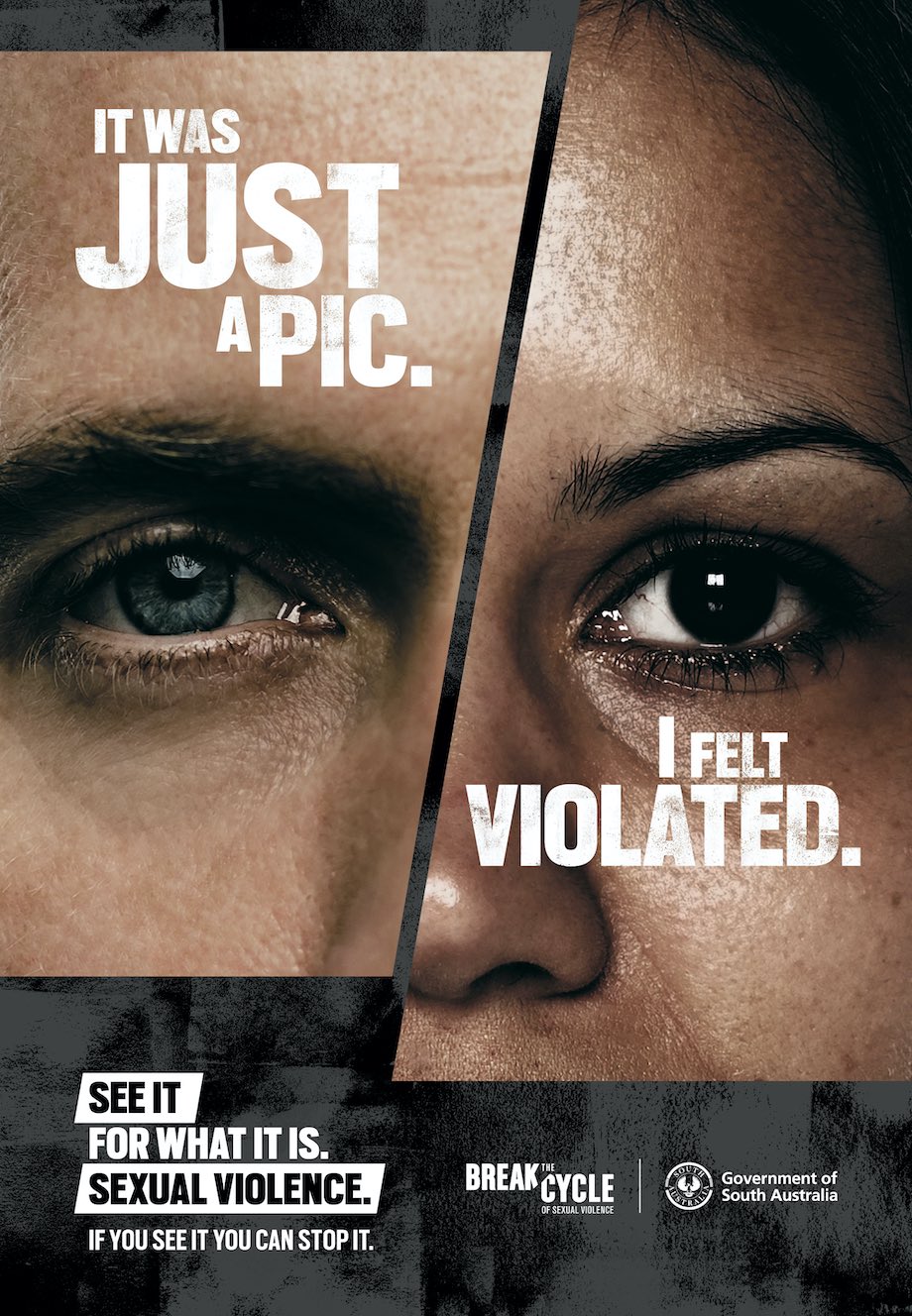 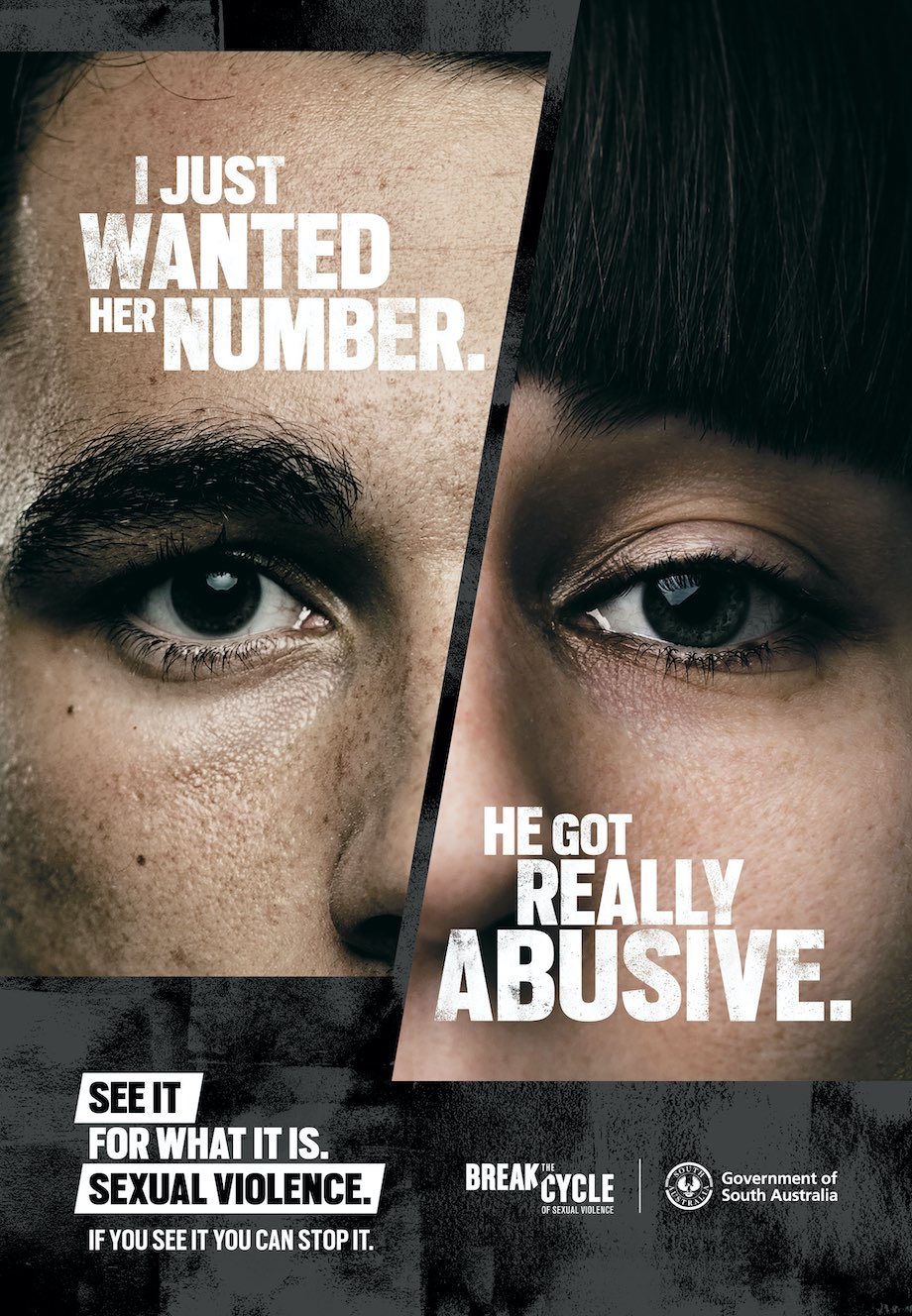