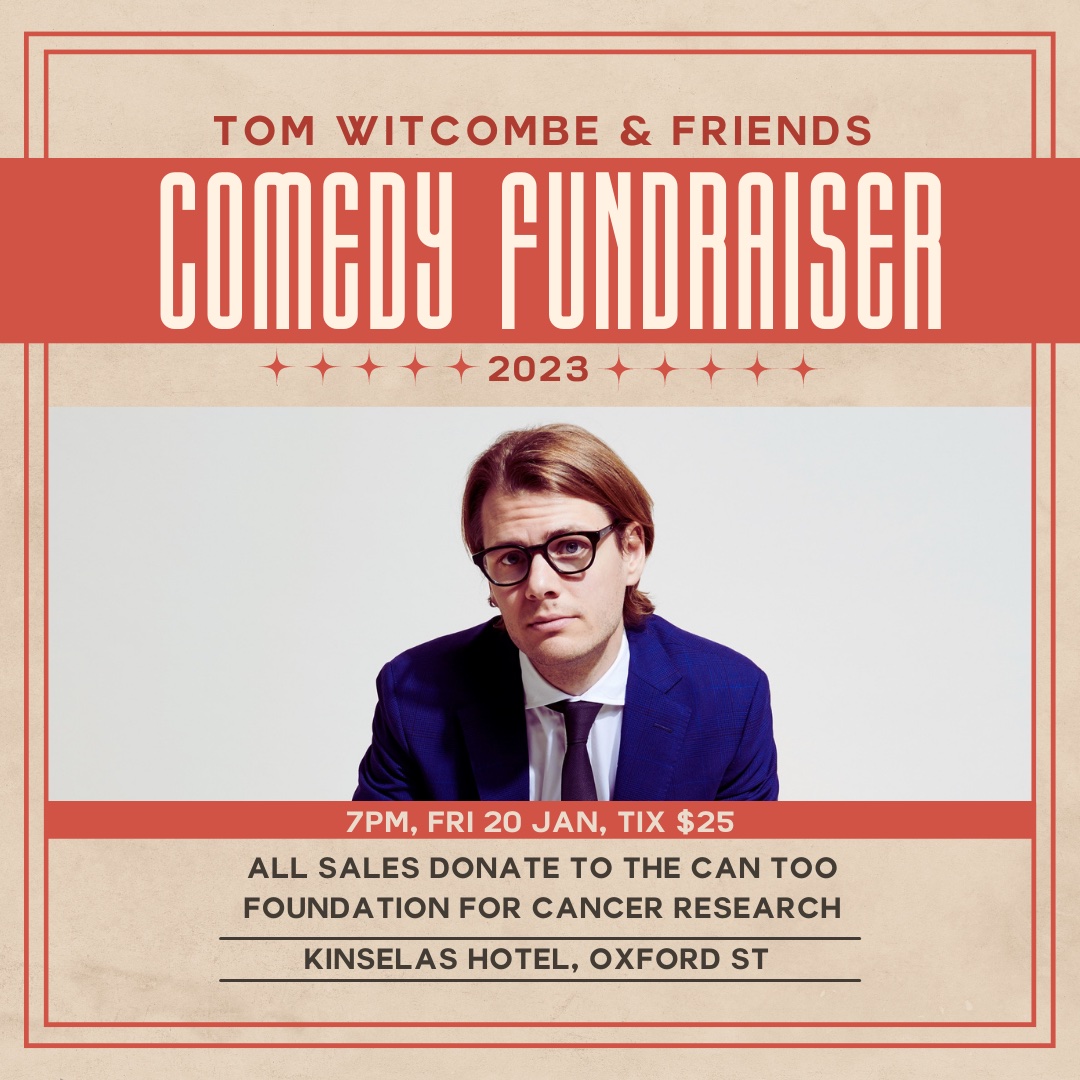 DDB Sydney senior strategist and stand-up comedian Tom Witcombe is hosting a comedy showcase on Friday 20th January at Kinselas Hotel in Darlinghurst, Sydney to raise money for the Can Too foundation, a charity that raises money to fund cancer research.

Tickets are $25 and all funds raised from ticket sales will be going to Can Too.

Says Witcombe: “In February I’ll be completing the North Bondi Classic 2km Swim through the Can Too fundraising program. To raise money, rather than just hit my friends up for cash, I decided to put my only other skillset to use – stand-up comedy.

“On Friday 20th January, I’ll be hosting a showcase featuring six of my favourite acts on the Sydney comedy scene right now. Among them are Melbourne Comedy Festival award winners and nominees and national finalists in the Raw Comedy Competition, with literally millions of hits on videos on YouTube, Instagram and TikTok.”

If you are unable to attend and would like to donate to the fundraiser, you can do that here: https://www.cantoo.org.au/fundraisers/tomwitcombe.

Any donation is massively appreciated. 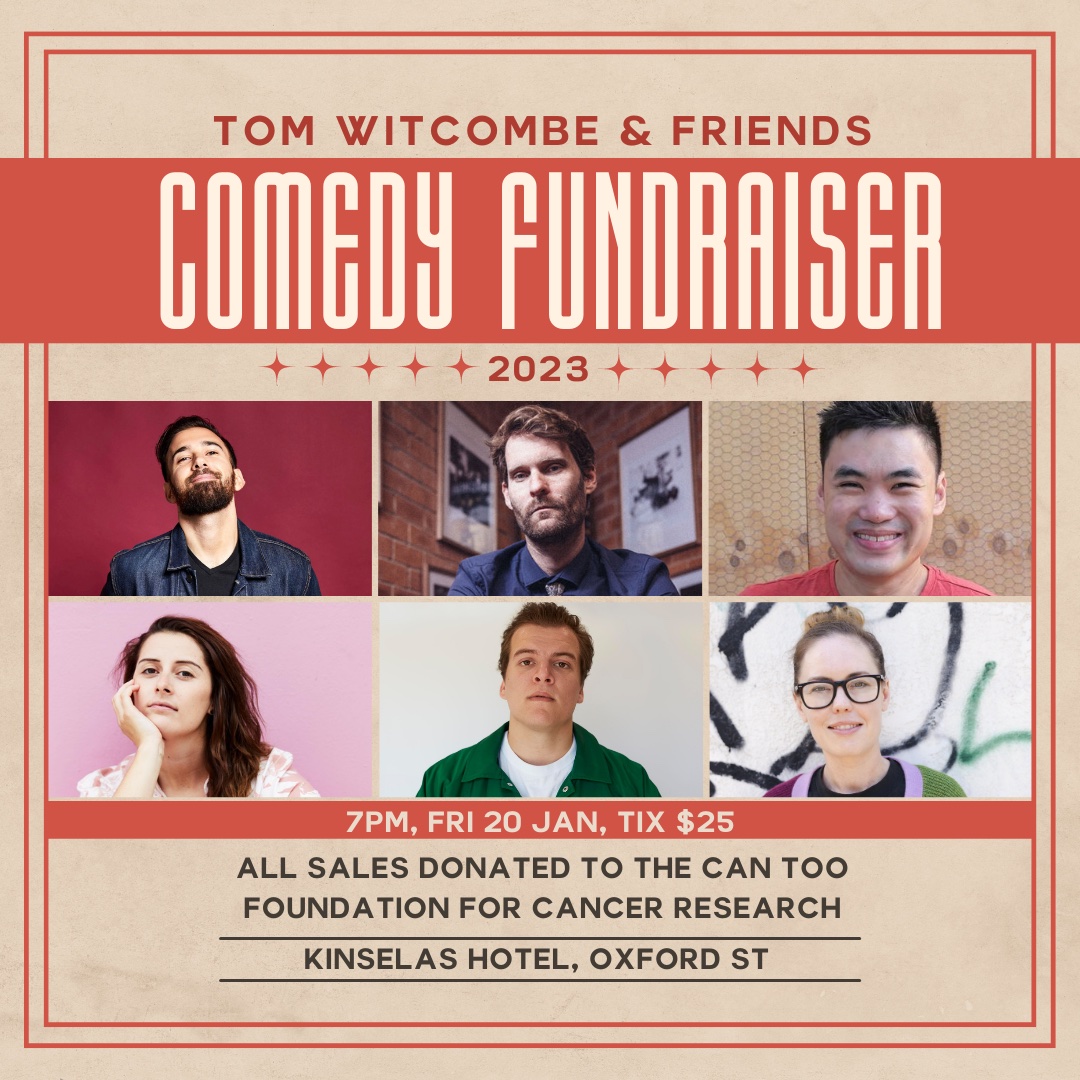