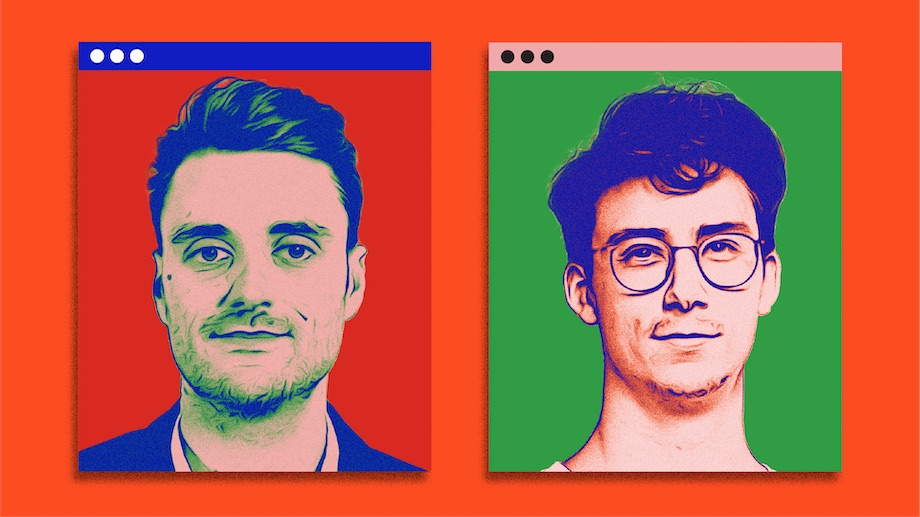 Kinstan (right) joins from McCann Melbourne, where he was executive creative director, while Pearce (left) was most recently a director at Fiftyfive5 Melbourne.

Former ECD Anthony Moss, who had been in the role for over two and a half years, departed in August and is now a freelance creative consultant.

“I’ve been at the agency for almost a year now, and I know that adding their expertise to our mighty team will lead to Unexpected Work for our clients. Psembi and Matt will also continue to attract more new business opportunities, and talented and nice people, to our Group. It’s a great time to be at DDB.”

Kinstan’s career began in Melbourne and featured a seven-year stint in London before he returned home at the end of last year to join McCann Melbourne. He was the youngest creative director in the histories of VMLY&R London and BBH London and worked across clients including Tesco, Marks & Spencer, Dulux and Audi.

He was also the first creative director to win the Audi UK account since John Hegarty in 1982; the first Australian creative to win a BAFTA for advertising; and the first copywriter to write a Chanel No. 5 campaign after Baz Luhrmann.

Says Kinstan: “DDB is bursting with talent, momentum and the country’s most-loved brands. With Matt’s brilliant thinking and the agency’s leadership, I’m looking forward to DDB Melbourne firing up and creating populist work the whole country will talk about.”

The new role is a return to creative agencies for Pearce, who previously spent seven years as planning director at Clemenger BBDO and worked on iconic campaigns such as Transport Accident Commission’s ‘Meet Graham’, Snickers’ ‘Hungerithm’, and Great Northern’s ‘Beer from Up Here’.

Under his leadership, insight consultancy Fiftyfive5’s Melbourne office doubled in size in less than three years, and added clients including Bega, Medibank, Latitude, and Mars Wrigley to its roster.

Says Pearce: “It was an awesome experience getting back to my insight and consulting roots, leading Fiftyfive5 Melbourne and its exponential growth, but the call of creativity proved too strong.

“It’s great to be back inside a creative agency, and especially one with such exceptional talent and enviable client partners. I’m looking forward to bringing more human and commercial insight to DDB Melbourne’s core and getting stuck in to create Unexpected Work that works.”

Both Kinstan and Pearce begin in their new roles on Monday 6 September, and will work across DDB Group Melbourne clients, including Coles, Dulux, Kmart, New Balance, Porsche, TAC, Jenny Craig and Mobil.

Leave a Reply to Been there Cancel reply