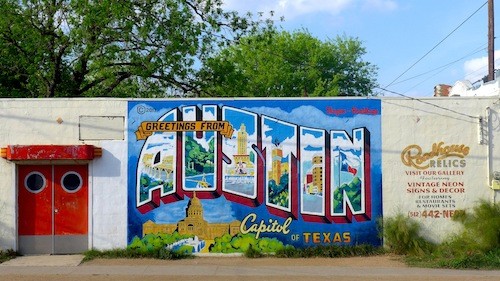 Dan Monheit, co-founder and strategy director at Hardhat attended SXSW 2019 in Austin, Texas. Here Dan shares his big five from the conference…
SXSW 2019 has been and gone. Another five days of trying to drink from a fire hydrant of knowledge, powered by some of the world’s most inspiring leaders across tech, design, brand, sports, health and politics.

In the moment, it’s a constant frenzy of note scribbling and rushing between sessions. By day five, my memories of individual talks seem to have smushed together into a single mega-presentation of tweetable quotes, beautifully designed slides and standing ovations.

But a day or two afterwards, as things settle down, I start to notice the snippets still floating around in my mind. The half thoughts, the different perspectives, the new ideas still nagging for my attention.

Rather than a detailed account of what happened in every session on every day, here’s what’s still swirling around in my post SXSW haze.

1. Nick Law on who should lead

Nick Law is undoubtedly one of the best thinkers in agency land. He’s had a huge impact on the way I’ve thought about strategy, creativity and the role of agencies over the last decade. Amongst other things, Law was the Creative Lead at RGA over the period where they effectively taught the rest of the marketing world how to use the internet (Nike+, Nike ID and much much more).

Law, now Global Chief Creative Officer at Publicis Groupe, spoke about the importance of having creative leadership at the very highest levels of agencies and holding groups. He referenced an old Steve Jobs interview in which Jobs discusses the importance of promoting product people over sales people.

The thinking goes that in stable, monopolistic environments, the people who can have the biggest impact on a business are those in sales and marketing. These are the guys and girls who win deals, drive growth, get promoted and end up in leadership positions. Unfortunately, the byproduct of this, is that the underlying product culture, the innovation that grew the company in the first place, withers and dies (eg Xerox, IBM and many FMCG businesses). The companies “forget what it means to make great products”.

Conversely, in dynamic, highly competitive environments, the people who can have the biggest impact on a company’s success are product people. Those obsessed with pushing the boundaries, inventing new things, creating better outcomes for customers. In our world, these are the creatives and strategists, who Law believes should be operating at an agency’s highest levels (in contrast to finance or account people), shaping the work, the organisational structure and the processes for bringing greatness to life.

Every year there are unofficial themes that permeate the hundreds of talks across SXSW. In years gone by, it was impossible to go an hour without hearing about virtual reality, diversity and inclusion, Mars or artificial intelligence. This year, it was all about loneliness.

Whether you were in a session about tech trends, the role of brands, the need for courage, our polarised political environment or the inevitability of robot overlords, the rise of loneliness was on the agenda. London has officially been recognised as the loneliest city in the world. I guess it makes sense then, that in January this year Prime Minister Theresa May officially appointed a Minister of Loneliness to help reverse the curve.

Across the pond, we’ve seen another meteoric rise. Dubbed as the second golden age of audio, podcasts are officially exploding. This year, 90 million Americans will listen to a podcast. That’s 20 million more than last year. 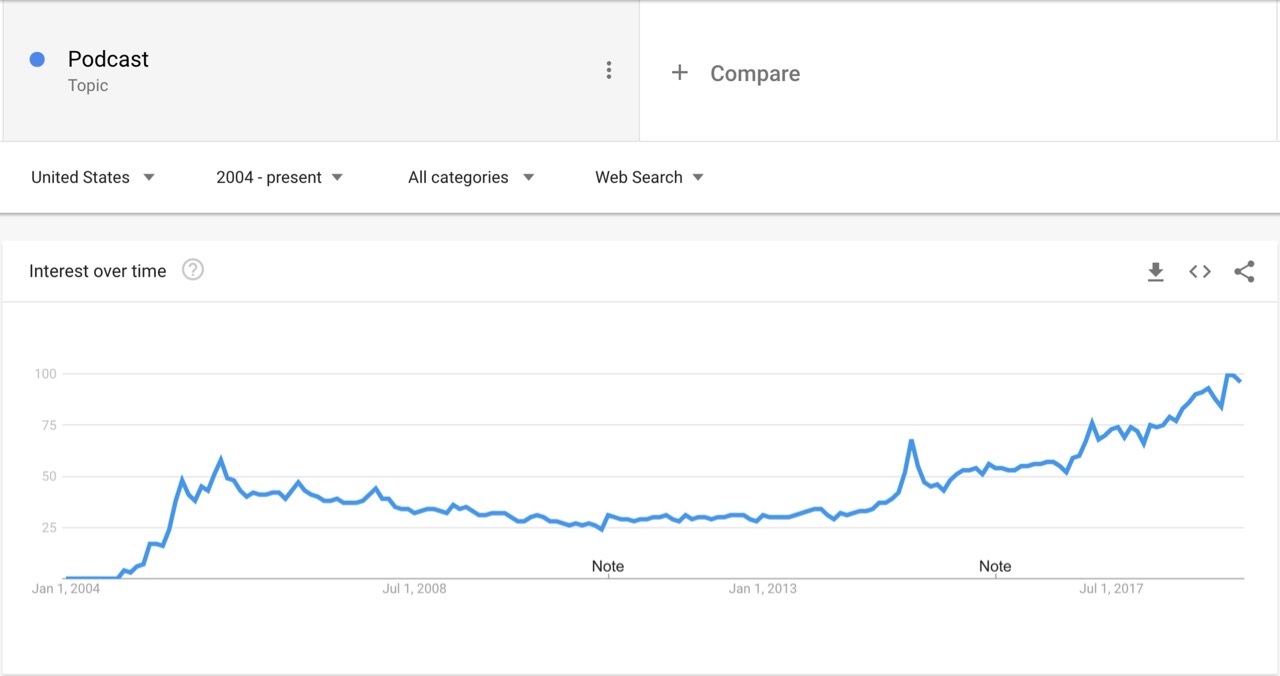 Gimlet Media, founded in 2014, has been one of the biggest drivers and beneficiaries of this growth (they were purchased by Spotify for $230m earlier this year). Cofounder Matt Lieber took the stage with leaders from Spotify and Anchor (another recent Spotify acquisition) to talk about the current state of audio.

Within this, he outlined the three reasons people listen to podcasts, at least two of which any new Gimlet show needs to hit;

For the enjoyment of being told a story

For the chance to learn something new

While point three has been a truism of radio (especially talkback radio) since the dawn of time, I couldn’t help but think that podcasts are helping to scratch a rising loneliness itch that’s being felt around the world.

Sometimes you need to make sacrifices for the greater good. At SXSW, this can mean sitting through a session you have absolutely no interest in, just to ensure you have a seat for the next session happening in the same room. Such was the case as I endured a vacuous one hour interview with Gwyneth Paltrow, eagerly awaiting Instagram founders Kevin Systrom and Mike Krieger, who were doing their first interview since leaving Facebook late last year. 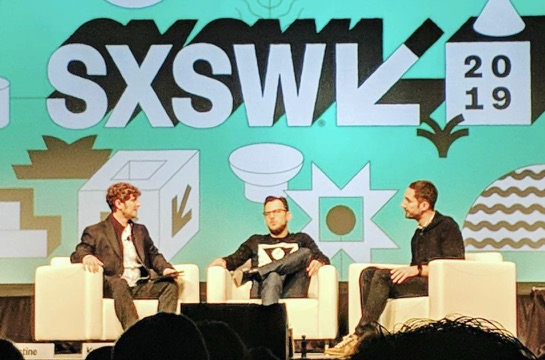 In addition to being equal parts brilliant and humble, the guys left me with plenty to think about. One such pearl was their take on adding advertisements to Instagram following the $1b acquisition by Facebook. They said that while people outside assumed Facebook was pushing their ad model onto the newly purchased (still ad-free) platform, there was, in fact, lots of pull coming from the other side.

For a start, they maintain that they wanted to be able to contribute to the (financial) success of the organisation that had just given them a billion dollars (fair enough).

But more interesting was their view that every person who joined the platform before there were ads, would be an additional person they’d need to introduce ads to at some point down the track. Surely it was better for ads to have always ‘just been there’, right?

As it turns out, it probably was. While 150 million existing users bitched and moaned about the introduction of ads, almost a billion jumped on since. I found this to be a beautiful lesson in doing the tough things first, especially when it’s expediting the inevitable.  Continue reading on LinkedIn…