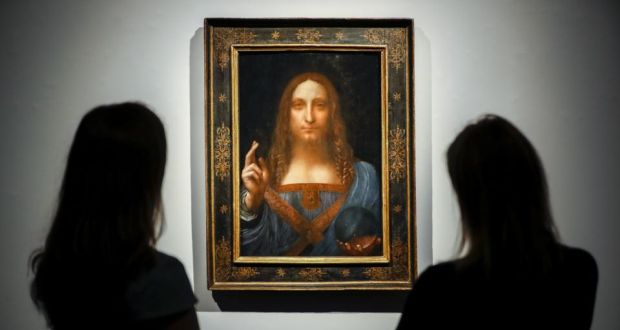 The greatest deception men suffer is from their own opinions.” – Leonardo da Vinci

This is Salvator Mundi. The world’s most expensive painting. It recently sold for 450 million dollars at Christie’s in New York. Most experts thought it would get to about 200 million dollars. They were very wrong. However, the gigantic sum paid is not the most startling facts about this masterpiece.

What is far more eye-watering is many don’t believe it is real. Many experts feel that it was done by Da Vinci’s workshop rather than the master himself. If that is the case the paintings value drops to 1.5 million dollars. My hands get a little sweaty writing that sentence. I don’t know why, it’s only a 448.5 million dollar gamble.

The first. The last. Original. The one and only. The genuine article. What is the value of specialness and exclusivity? Why is being distinctive so important to us? Why does it matter? I believe it is inherent in human beings to want to be different to everybody else. It might be a skill you have learnt. A story you can tell. An instrument you can play. Or, something you have collected. But most people attempt to have something that makes them different or if you prefer, interesting. Think of the last dinner party you were at. Who or what do you remember? Invariably, it was a story that somebody told that made you laugh or shake your head in disbelief. Or, an outrageous act from somebody who was a little drunk and perhaps had a serviette on their head. Either way, whether it was surprise or emotion being different is very good at disrupting the banality of polite conversations and bland pre-dinner snacks. In short, it gets you noticed.

I feel in a world where discussions are often about effectiveness, distinctiveness is often neglected. In advertising, especially these days, we often talk about what must be done, we speak far less about how it must be done. I can speak from experience when I say tone is often what trips up campaigns. We all know what the work has to do but how different or distinctive it needs to be is where you often run into tricky issues. Efficiency is important as is effectiveness. But here is the conundrum. That efficiency often comes from very inefficient and human qualities. Emotion, confidence, risk, surprise and a touch of drama. Without it, there is very little distinctiveness and consequently less efficiency. So, although many are trying, it would seem efficiency and difference are very difficult to separate. I think this quote from Rory Sutherland explains the puzzle perfectly.

“Like a peacock’s tail, advertising is not really about efficiency…A large part of advertising’s power comes from the fact that it is perceived to be expensive, and is broadcast at a wide audience in mass media, thus conveying a seller’s confidence in the widespread popularity of what is being sold”.

Or, to get back to our expensive painting, let’s look at it another way. In a strange turn of events, you have become wealthy and remarkably good looking. You have been going to expensive dinner party after dinner party. Each one, has had great food and wine, fantastic hosts and impeccable service. Tonight’s party has been no different until the host says to the gathering that behind the curtain is the last known Leonardo da Vinci. He unveils it to loud gasps. It would be a showstopper. You wouldn’t remember any dinner party before that and guess what you would be talking about at the next one?

So, perhaps, a Da Vinci is just a peacock’s tail to some ridiculously, wealthy billionaire (it was actually bought by a Saudi Sheik) with a permanent tan and fantastic white teeth. That’s what he looks like in my head anyway. Is he completely batshit crazy?

Actually, that is the wrong question.

The right question is what is genuine difference worth these days?

And the answer to that is another question.

What is a peacock worth without its feathers?