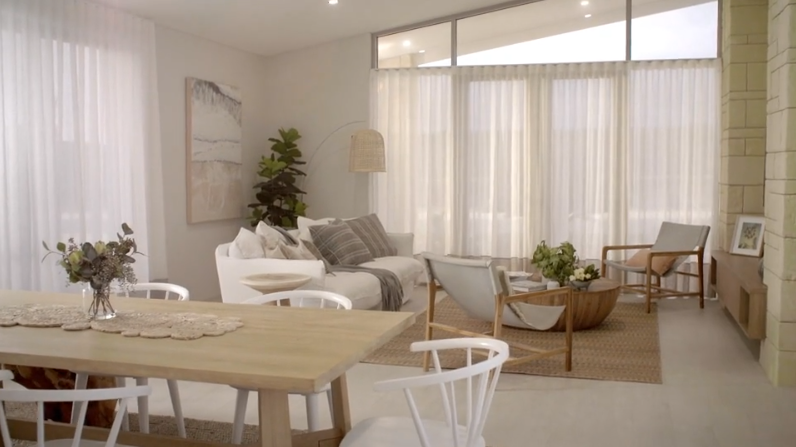 The Dale Alcock brand is inviting Perth homebuyers to ‘feel the difference’ in a new TV commercial that encompasses its new homes, renovations and developments divisions.

The 30-second ‘It Has to Feel Right’ masterbrand TVC is the centrepiece of a brand refresh across TV, radio, press and social platforms, as well as the builder’s website, brochures and database, and its 16 display homes.

There’s a soft breath, a sigh, a feeling of relief and peace of mind that it feels right, as we follow the camera through spaces that flow, that have been carefully planned and built with no finishing touch overlooked.

Developed by Perth creatives ANT Marketing, it is the first brand refresh in about five years for Dale Alcock Homes, which has been awarded HIA WA Professional Builder of the Year for eight years running.

Tiffany Norton, Marketing Manager of Dale Alcock Homes, says the new campaign cuts through the ‘builder noise’ so often seen in the market and gets to the heart of the matter – that a home, renovation or development has to feel right.

“We want to excite and inspire potential homebuyers, renovators and developers and invite them to experience ‘the feel’ of a Dale Alcock home, while increasing awareness and market share through an emotive connection that aligns with the Dale Alcock brand values,” Tiffany said.

“We’re building on values such as reputation, flair, trust, innovation, quality and that all-important personal touch. There is an aspirational element to the new look and feel, balanced with affordability in a competitive market.”

The brand refresh has also been designed to reinforce the profile and approachability of Dale Alcock himself, the former brickie who started Dale Alcock Homes 30 years ago. 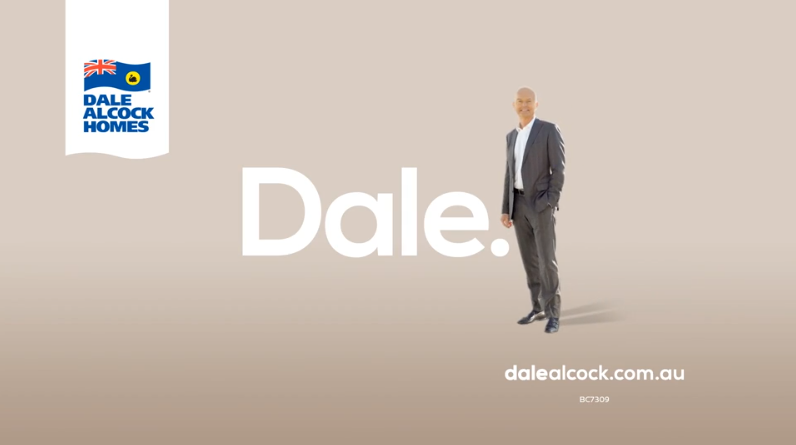 “No other building company can claim Dale and all the intrinsic qualities he brings to home building, from his compassion, generosity and dedication, to values such as trust, authenticity, honour and inspiration,” Tiffany said.

“No one has the opportunity or strength to elicit positive feelings quite like Dale can, so putting him front and centre highlights the brand as both approachable and contemporary.”

As well as featuring in the new press and marketing material, Alcock looks after the voiceover for the masterbrand TVC, which is supported by separate 15-second versions for the New Homes, Renovations and Developments divisions.

Locations for filming included the builder’s Indiana display in Burns Beach, and a character home renovation in inner-city Mount Hawthorn.

The campaign kicked off in August, with TVCs planned to run into 2020.

Colleen McNaught, Managing Director at ANT Marketing, said it was an exciting and an incredible challenge to meet the brief that when you walk into a Dale Alcock Home, Improvement or Development you can just feel the difference – all successfully captured in a 30-second TVC.

“Based on the initial brief, we wanted to not only showcase but educate customers on the differences they experience when they walk into a Dale Alcock home, Improvement or Development,” said Colleen.

“Through an emotive direction, from the customers point of view, we focused on warm colours and sensory triggers highlighting the qualities and considerations found in a Dale Alcock home,” she concluded.

View Behind the Scenes of the Dale Alcock Homes’ Masterbrand 30sec TVC.