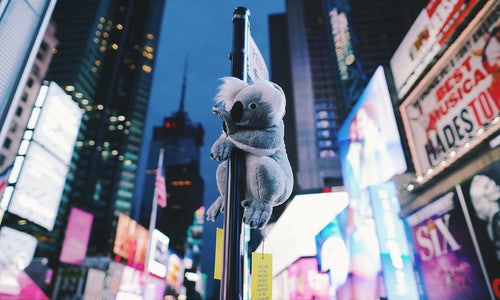 The Shorty Awards, now in its 13th year, were the first awards show to honor social media. By constantly evolving along with the changing landscape of the medium, the Shortys remains the most prominent award show of its kind. The Shorty Awards continue to recognize the most influential, popular, and culturally relevant brands and agencies across social media.

Winners will be announced leading up to and during the awards ceremony in late April, presented exclusively on social media.

Cummins&Partners utilizes a variety of relevant social media and digital platforms providing their clients, communities and fans with a way to interact in an increasingly social-driven world. The Koalas of NYC campaign was recognized as a finalist in five categories, demonstrating the importance of innovation and creativity in social media and digital. Categories include: Best Global Campaign, Best Integrated Campaign, Best in Images, Best in Pets and Animals, and Best in Real Time Response.

Says Olivia Santilli, New York partner: “In a world of fragmentation and environmental concern, this became a unifying movement through the power of social media. The global momentum the campaign gathered in a matter of days was a testament to that.”