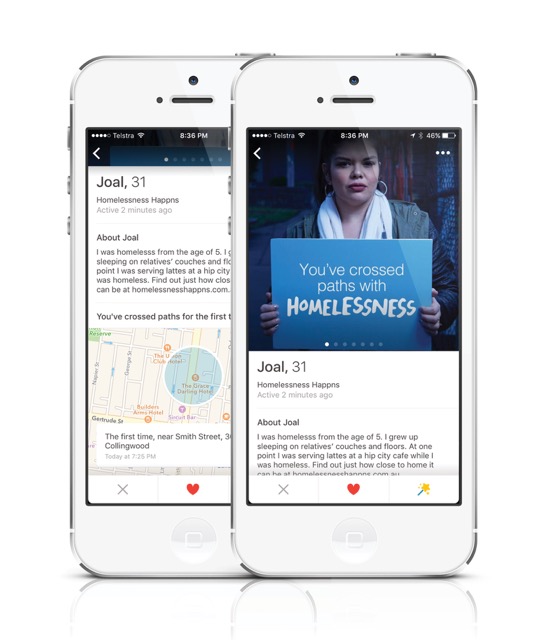 It’s a little known fact that only 5% of Australia’s 110,000 homeless ‘sleep rough’ in public places. The remainder are largely invisible to us, they’re people (and often families) forced into refuges, rooming houses, motels, cars, vans or onto couches and floors. It’s an unseen epidemic that Homelessness Happns, a campaign by Victoria’s peak homelessness body, the Council to Homeless Persons (CHP), hopes to address via a pro-bono initiative from Melbourne agency, By All Means.

Homelessness Happns, which launched during Homelessness Week, highlights just how close to home homelessness can be via the hugely popular dating app ‘Happn’, which uses geo-location technology to introduce you to people you cross paths with. 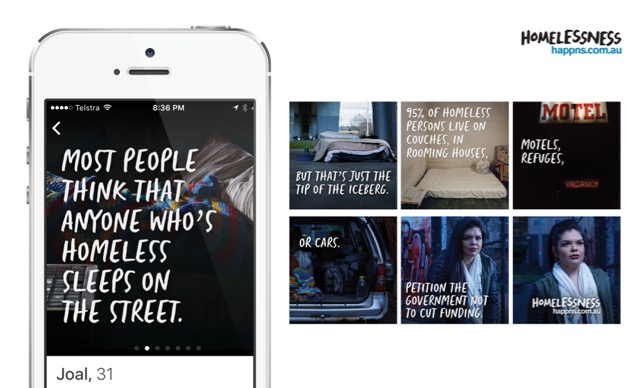 Says Jenny Smith, CEO, Council to Homeless Persons: “Homelessness is much more than rough sleeping. We catch the tram with people experiencing homelessness, and we wait in line at the supermarket together, yet we probably wouldn’t even know it. Homelessness Happns is a campaign that shows that homelessness can 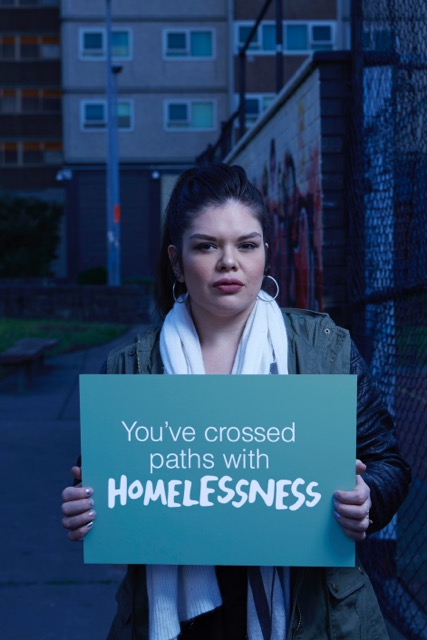 happen to anyone at any time regardless of their age, or employment status.”

The campaign unexpectedly introduces users of the app in Melbourne to profiles of individuals all too familiar with hidden homelessness. The profiles appear within Happn whenever a user passes by a location where these spokespeople once experienced homelessness: rooming houses, motels, or sites where they slept in vans or cars across the city. Allowing individual stories of hidden homelessness to be revealed, at the locations where they occurred.

Says Toby Cummings, co-creative director, By All Means: “Homelessness is a topical issue, and has been for some time – the problem, of course, is that people tend to switch off, so it’s important to keep 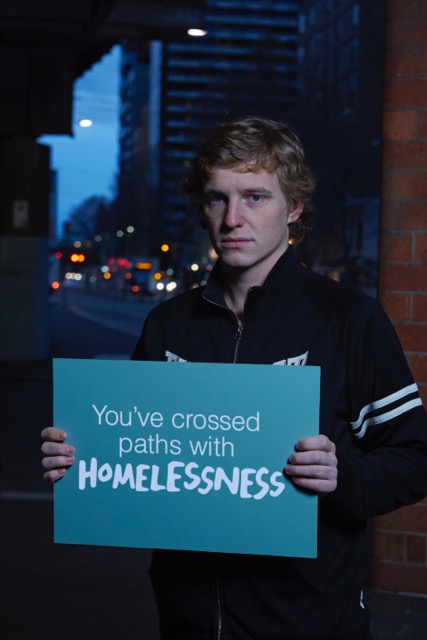 finding new ways to talk about the problem. We’re thrilled that our thinking has been of some service for continuing the conversation. The novel use of the dating app platform has allowed us to push the conversation into mainstream media otherwise unreceptive to another story about homelessness.”

The campaign calls on the Federal Government to extend critical national homelessness funding set to soon expire. The National Partnership Agreement on Homelessnes (NPAH) funds about 180 programs nationally and assists 80,000 people each year.

Creative Agency: By All Means