Cornel Ozies: Communication is the key to reconciliation 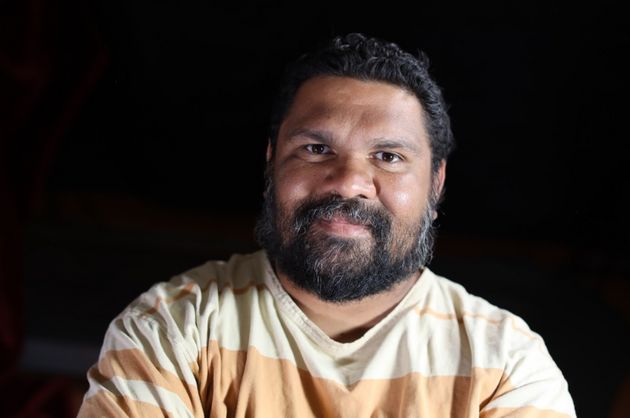 Indigenous filmmaker Cornel Ozies’ landmark documentary Our Law focuses on the Warakurna Police Station in Western Australia, the first Indigenous-run police station in this country. To coincide with NAIDOC Week, Our Law made its Netflix debut on 9 November. Advertising Council Australia spoke with Ozies about why the film is a must-watch for the advertising industry.

When asked why it’s important and relevant for anyone working in the advertising industry to watch Our Law, Cornel doesn’t hesitate in his response.

“One of the main underlying themes in Our Law is communication,” Cornel says.

“One of the reasons why there was a breakdown between police relations in the community was basically language barriers. Out there in the community, that was the big issue, so the two police officers that came in took it upon themselves to learn the language of the land, so that they could communicate effectively,” he says.

Those two officers were themselves Indigneous, but came from outside Warakurna. Rather than relying on English – a second or even third language for this community – they took it on themselves to learn the local language.

“The big turnaround was involvement with the community through effective communication, and bringing the community into the processes of police work,” Cornel says.

“These two Indigenous officers now running the community were a familiar face to engage with, but they weren’t originally from this community so they too had to go through a process of learning. They looked at cultural practices that could affect or influence the way they policed the community, and the key was opening a dialogue with the key stakeholders in the community, who are basically the community elders. It was about gaining trust with the elders and repairing broken relationships.”

Cornel explains: “I think the film shows that the issues are not limited just to white and black relations. Both police officers were Indigenous but from a different country coming into another country and showing respect to the language and the culture there.”

“So in terms of people working in communication, I think the film shows how you develop relationships formed on dialogue and mutual respect.”

He is also adamant that developing those relationships with Aboriginal and Torres Strait Islander Peoples is not just about “ticking a box”, and is very much a two-way street.

Cornel says that many filmmakers as well as others working in the creative industries often fail to be mindful of giving as well as taking.

He explains: “You have filmmakers and others coming in and taking all this intellectual property and, you know, information and knowledge from the community. But nothing’s ever, ever given back to them. So, it’s just this thing that if you’re going to come into that space, and you want to get something from that space, you’ve got to be willing to give something back to that space. An equal exchange.”

When it comes to encouragement for more young Indigenous people to enter the creative industries, Cornel is under no illusion what needs to be done.

“The thing is how to become aware of those pathways. I mean there are a lot of good initiatives going on across the film industry, theatre and so on, and now in advertising too. But the pathways are not known, they’re not readily out there. You have to go searching for them,” he says, adding that for young Indigenous people, moving outside of their community into unfamiliar territory can be hugely daunting, especially for those from remote communities who have no experience living in a predominantly non-Indigenous environment.

“I mean, I had to leave my hometown of Broome to come and study over in Sydney to progress my career,” Cornel says. “For me it was easy to leave my community and come here because I went to boarding school so I had already had that experience of leaving my community.

“But when you’ve got people in remote communities, it’s very hard to get them to move away because their community is pretty much their insurance,” he says.

“And community is entwined in your identity. When you go somewhere else, it’s like part of your identity is being taken away. So when creating these pathways and opportunities [for young Indigenous people], you’ve also got to create a safe environment for them, somewhere they can feel at home because if they don’t have that feeling of home, the first thing they’re going to do is come back to where they feel comfortable.”

“When you’re growing up the cultural community system is a strong tie to that community and your identity and stuff so it’s a strong pull. And that’s to the detriment of some, you know, amazing creative people.”

As for Cornel’s tips about what anyone in our industry should be watching, reading or listening to during NAIDOC Week – as well as, of course, Our Law – he recommends NITV as the best source of Aboriginal and Torres Strait Islander information and entertainment .

“There’s just some amazing stuff on there,” he says.