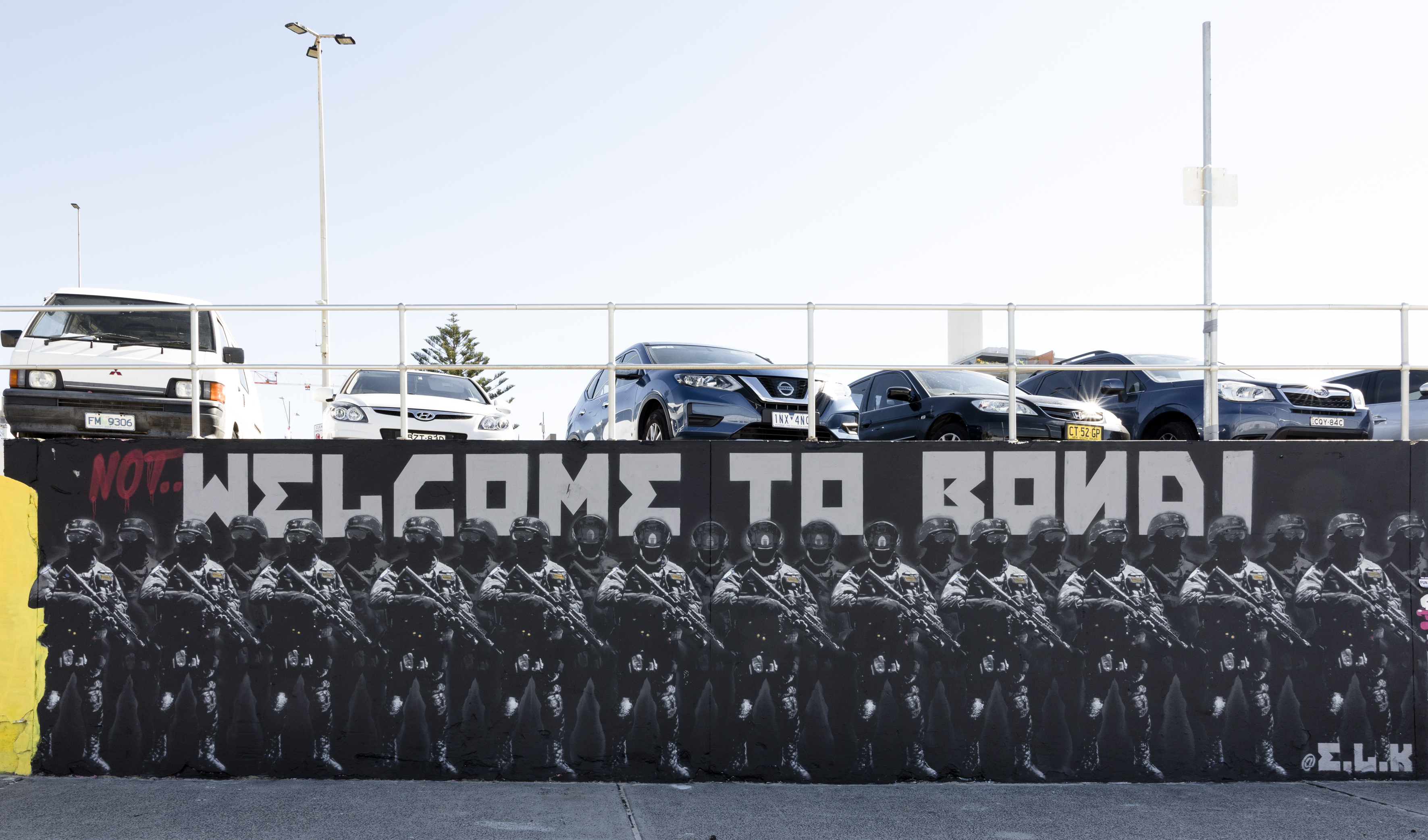 What would have been just another day for Archibald-nominated artist Luke Cornish turned into a day of drama, with his recent work at the centre of a heated debate around Australia’s treatment of asylum seekers. Cornish’s mural on the Bondi Beach seawall depicts 24 armed Australian Border Force officers standing under the words “(Not) Welcome to Bondi,” to represent the number of suicides in Australian detention centres since 2010. It has since been defaced by vandals, hours after Waverley Council voted against calls to remove it.

As a way to preserve the original meaning of the artwork, immersive technology company Unbnd has now immortalised the controversial mural using WebAR technology. By setting up the URL www.notwelcometobondi.com, Unbnd has enabled people visiting the vandalised mural to hold up their phones and view the original artwork in augmented reality. As WebAR eliminates the need to use an app, the technology can bring the mural back to life simply by using the browser on a mobile device.

Says David Loughnan, managing director, Unbnd: “This is a prime example of how WebAR can immortalise the intended meaning of an idea, concept or message and make it accessible to anyone with a smartphone.

“Not only does this open up huge possibilities for artists, communities, individuals and brands to bring powerful messages to life and communicate them at scale, it paints a picture of the future of augmented reality and how it can be used beyond novel applications.”

The WebAR experience will not only make the artwork accessible to those who didn’t get a chance to see it, but will also ensure Cornish’s message lives on.

Cornish believes a measured and less reactive response is essential, a sentiment he delivered to his Instagram community yesterday: “A lot of people have asked me how I’m going to respond to the vandalism of my Bondi mural, and this is something that I’ve needed to be smart and mature about. You don’t respond to vandalism or censorship, you react to it, and reacting will only draw me into a tit for tat fight about a topic I’m not interested in fighting about, freedom of speech, something I already have, unquestionably.

“After giving it much thought I’ve decided the most progressive way to move forward, and leave this behind, is by implementing an augmented reality feature of the mural, which anybody with a mobile phone, can hold up, and view the mural, as it was intended to be seen, any time, forever. Thanks to the team at Unbnd, passerby’s can now hold up their phone to the wall and experience the original artwork by visiting www.notwelcometobondi.com.” 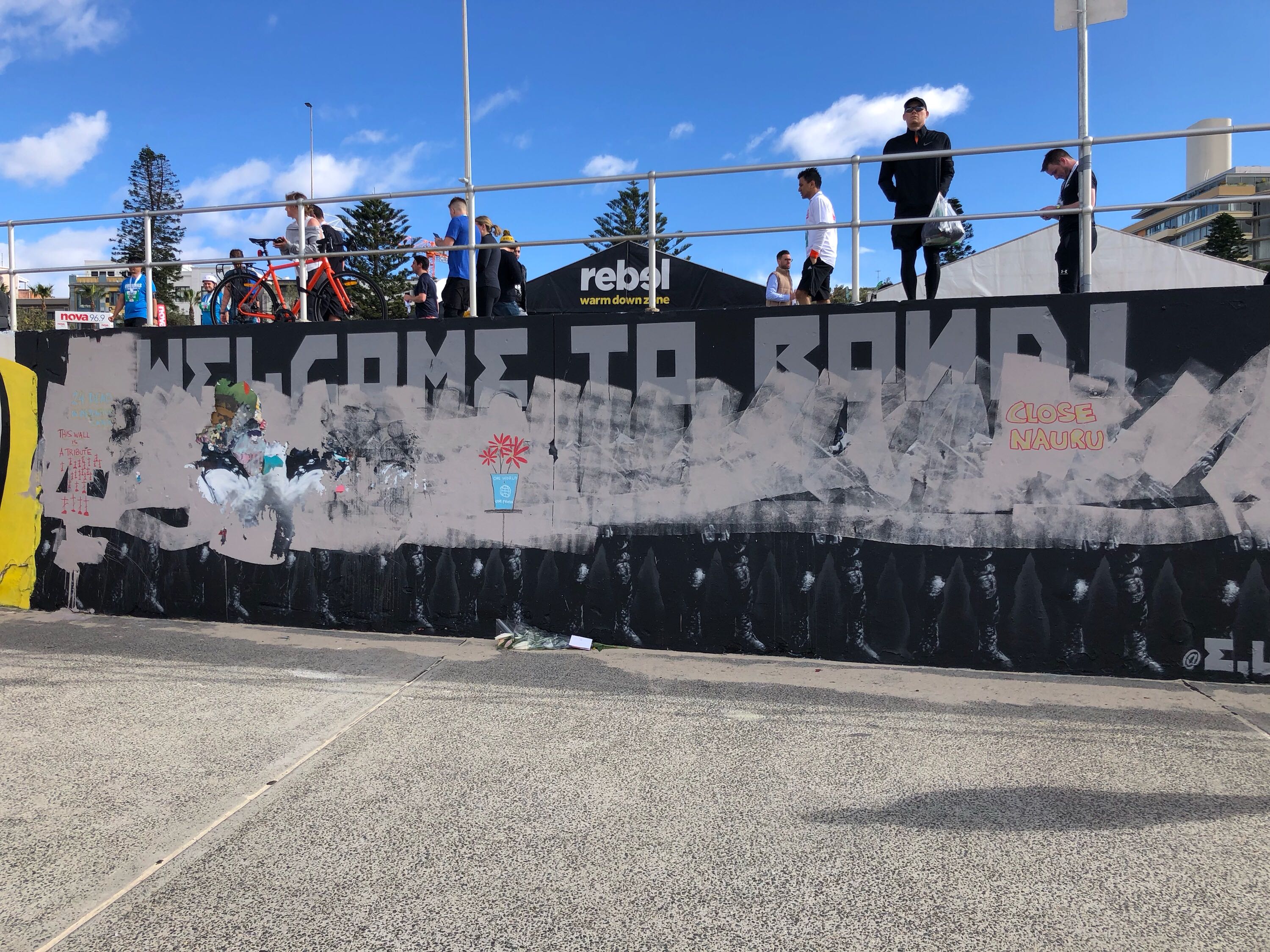