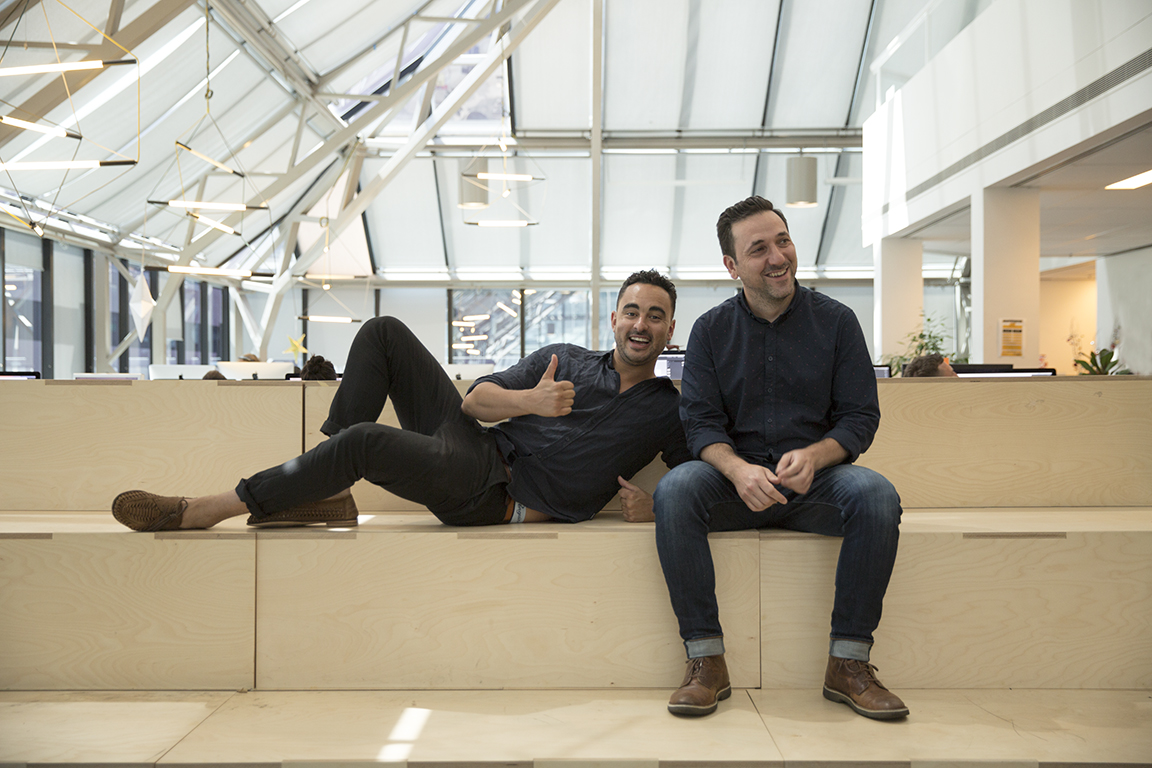 Clemenger BBDO’s Melbourne agency has won Round 2 of the 2020 Siren Awards, having secured the single category and overall win for their work on the ad “The Loop” for mental health advocacy group Beyond Blue.

The team of Ray Ali (left) and Carlo Mazzarella (right) are the creatives behind the ad, part of an ongoing campaign for Beyond Blue that seeks to help people recognise symptoms of anxiety so they can ‘know when anxiety is talking.’ This isn’t the first time the duo has been acknowledged for their work with Beyond Blue, as they took home the Client Award, Silver Siren for best single radio ad and Gold Siren at the 2018 Siren Awards for the ad “Sound Booth.”

Listen to the ad here:

“The Loop” employs a looping audio track and impactful sound editing to create a sense of what it is like to experience mounting anxiety. The aim of the ad is to encourage those experiencing anxiety to take Beyond Blue’s online anxiety test and pursue further support.

Says Ali and Mazzarella: “The radio ad highlights a major symptom of anxiety, which is snowballing worries, and brings to life how debilitating it can be if untreated. The ad attempted to recreate the inner voice of anxiety, repeating a multiple number of worries a person might have, creating an endless stream of concerns that spiral out of control.

“We believe the technique of a looping voice track to represent the experience one might have with anxiety is a very unique and accurate take on what is a very nuanced and internal condition.”

Taking out the win for campaign category (three ads or more) was the Opera Australia commercial “We All Love a Little Drama” from the creative team of Bec Griffiths and Becky Morriss at DDB Melbourne. The ad brings to life the drama, theatrics and entertainment experienced at the opera.

Says Joan Warner, CEO, Commercial Radio Australia: “We would like to congratulate all of the Round 2 winners for their exceptional work in creative storytelling. These ads, along with those that were highly commended, show the extraordinary degree of talent within the Australian advertising industry and highlight the great impact of radio advertising.”

Lachy Banton and Niall Stephen from The Brand Agency were highly commended in the campaign category for the City of Perth campaign “Let’s Thursday Like We Friday”, while the work of Rusty Graham from NOVA Entertainment on the Kingpin Bowling ad series “Nice Shoes”, “Nina”, “Yalambi Lobsters” and “Virgin” also received a highly commended acknowledgement.

Highly commended in the craft category were: Sound engineer Craig Conway from Final Sound for the Metro Train ad “At the Station”, sound engineer Ross Batten from RoscoAudio for the Logan Law ad “Created a Logan Law Lawyer” and Australian Radio Network sound engineer Anthony Badolate for the GetUp! commercial “A Place of Your Own.”

Run by Commercial Radio Australia, the Siren Awards celebrate the best of radio advertising. Judging for the awards runs across five rounds and is undertaken by the Siren Creative Council – a panel of industry experts, made up of creative directors from leading ad agencies.

The 2020 Gold Siren winner will be announced in May 2020, with the winner being awarded a trip to the Cannes Lions International Festival of Creativity. Silver Sirens are awarded in each of the three categories: single, campaign and craft. There is also a client-voted award, a $5000 cash prize, presented to the writers of the ad voted the best by a panel of clients.

Round 3 of the 2020 Siren Awards is now open. Entries close 7 September 2019. Listen to Round 2, 2020 winning ads here or at http://www.sirenawards.com.au/ and find the Siren Awards on Facebook.