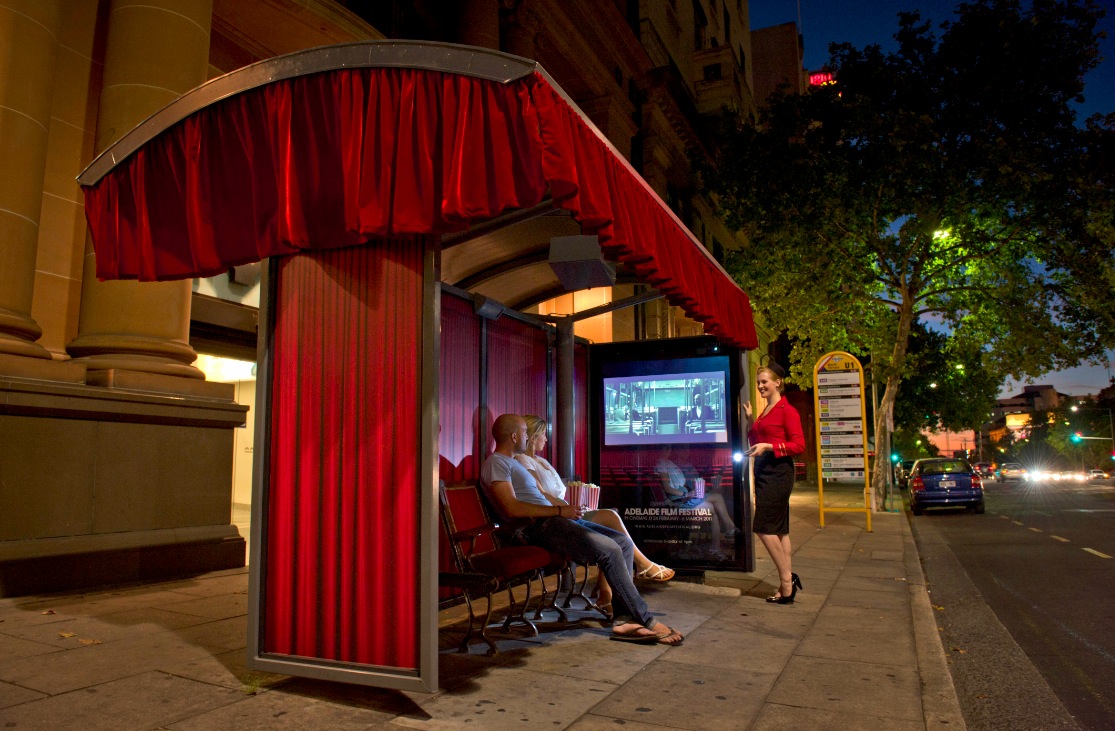 Adelaide commuters are in for a little extra entertainment this month thanks to, what may be, the world’s smallest movie theatre in the form of a bus shelter.

The bus shelter is a part of an integrated marketing campaign that includes television, posters, outdoor, press, and even a short film. The short film, entitled “See Within”, will be shown each night in the bus stop cinema, alongside other clips and content from the 2011 BAFF program.

Taking place from 24 February to 6 March, the 2011 BigPond Adelaide Film Festival, will present an astounding 20 world premieres of new Australian works and 55 Australian premieres. The dynamic program of screenings, special events, workshops and forums, is expected to attract over 48,000 film lovers and film makers across its eleven day program. It will kick off with the Vale Ale Opening NIght gala on Thurs 24 Feb at the Festival Theatre with post-screening party at the historic Queen’s Theatre.