Clean Ocean Foundation Australia and McCann Melbourne have launched SmartWax; an open-source surf wax formula that reverses the damage climate change has caused to our oceans.

Our oceans are growing more acidic due to carbon emissions, these acids are killing reefs and putting marine lives at risk. Clean Ocean Foundation Australia has developed a revolutionary surf wax formula capable of neutralising these harmful acids. With samples shaped like Trump, the initiative is urging brands to adopt the formula.

About 25% of CO2 emissions are absorbed by our oceans, increasing acidification1 and putting a whole host of marine organisms at risk. UNESCO says if we don’t act by 2100, more than 50% of the world’s marine life will be extinct.

SmartWax is an open-source surf wax formula developed by Clean Ocean Foundation Australia that reverses the damage carbon dioxide emissions have caused to our oceans.

Says John Gemmill, chemical engineer, health professional and CEO of Clean Ocean Foundation: “We can no longer afford to sit by and watch our oceans turn to acid and marine environments turn into a wasteland. SmartWax shows that we can all shape a better future for our ocean if we stick to it.”

The innovative formula contains a natural substance capable of neutralising the harmful acids found in the ocean. The key to making a noticeable change is to micro dose the ocean gradually over time to avoid throwing off its natural balance. This makes surfers the perfect group to administer the solution. With over 35 million active surfers worldwide, the effectiveness of these micro doses increases significantly, we could potentially convert 112 million litres of acidic sea water per day.

Says Geogina Pownall, managing director at McCann Melbourne: “SmartWax takes sustainability to another level as it not only environmentally safe, but actually solves a real big problem. We couldn’t be prouder of this project.” 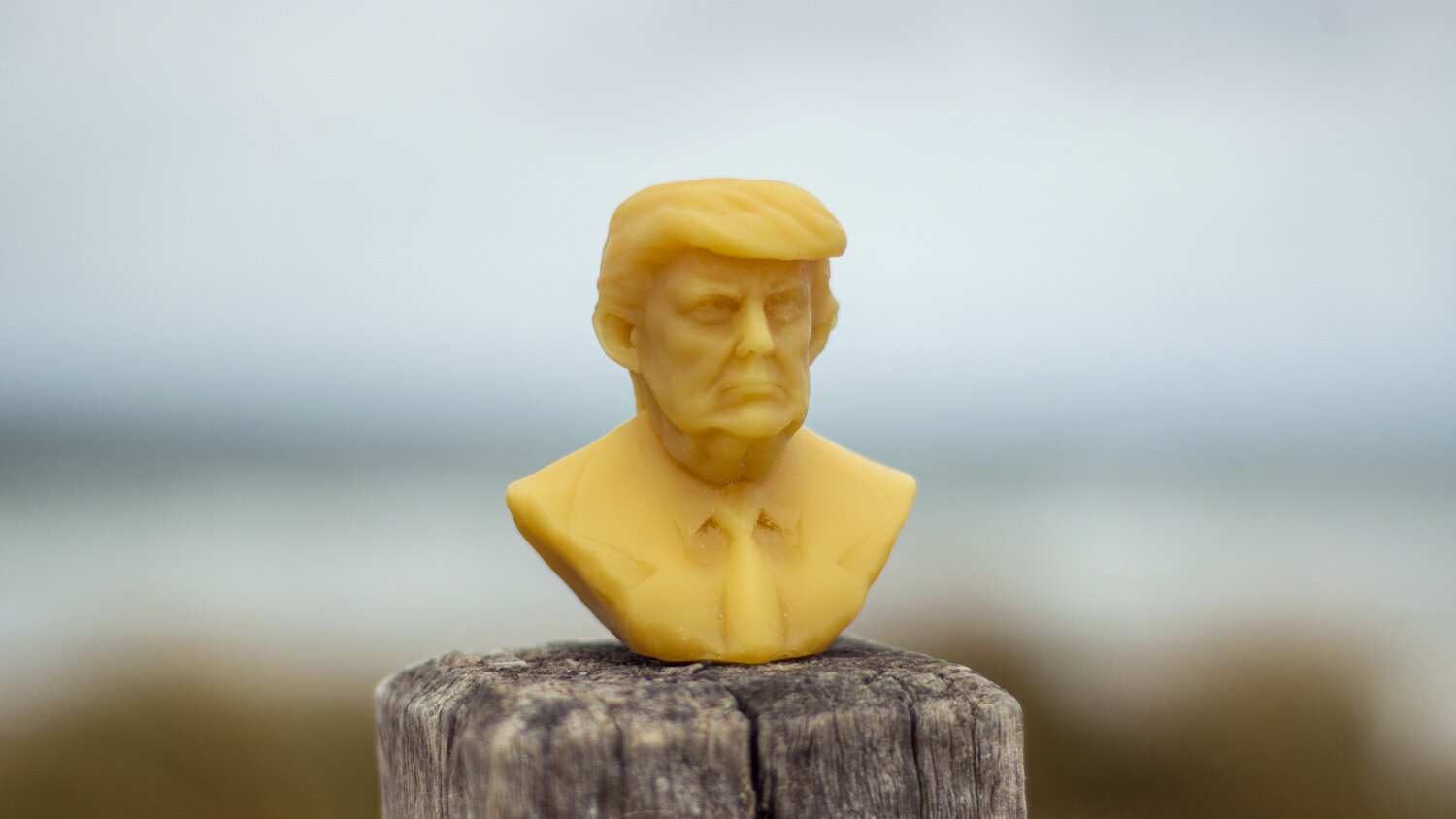 A set of surf wax with SmartWax formula have been formed into the faces of leaders who deny climate change – such as Donald Trump and Jair Bolsonaro. They were sent to key wax producers to encourage them to apply the formula. Our message, to not be like the biggest climate change deniers who refuse to act.

Says Guilherme Machado and Alex Newman, senior creatives at McCann Melbourne: “One of the biggest challenges when fighting climate change is altering people’s behavior. In this case, we’re not asking people to change what they’re doing, we’re using their passions to our advantage.”

Clean Ocean Foundation is currently talking to wax brands such as Bells Wax, EcoWax, FriendlyWax and Xaw about adopting the formula. Find out more and see how you can get on board with the initiative at www.smart-wax.com.au.