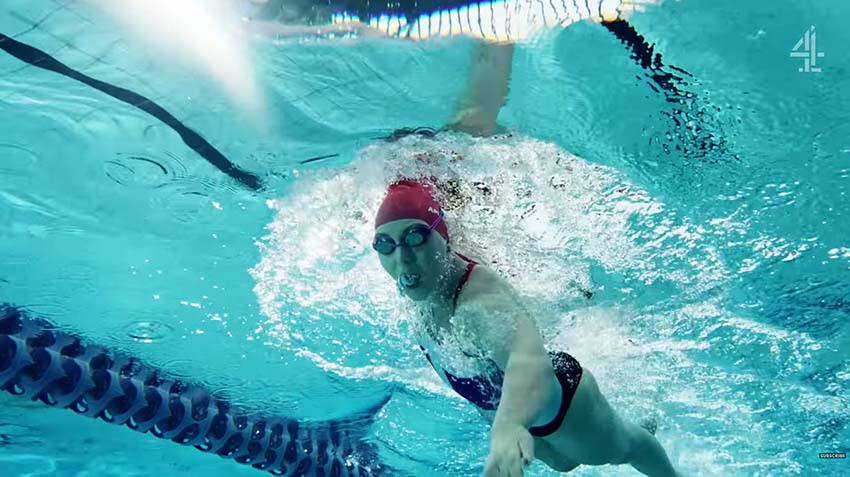 Channel 4 in the UK has just launched a major new advertising campaign ahead of the Rio 2016 Paralympic Games: We’re The Superhumans.

The new spot launches as part of Channel 4’s 2016 Year of Disability and is the follow up to the multi-award-winning Meet the Superhumans campaign of London 2012, which helped shift perceptions of disability within the UK.

The centrepiece of the campaign is a three-minute spot, We’re the Superhumans, created by Channel 4’s in-house 4creative team and directed by Blink Productions’ Dougal Wilson. The film features a cast of more than 140 disabled people – including Paralympic athletes, musicians and members of the public from all walks of life – and celebrates the abilities of people with a range of impairments.

It includes inspirational scenes such as a mother with no arms holding her baby with her feet; children with prosthetic limbs running, jumping, and playing football; and a woman flying a plane with her feet. It is believed to include more disabled people than ever before featured in a UK ad – and will be the most accessible campaign ever produced by Channel 4, with subtitled, signed and audio described versions available. 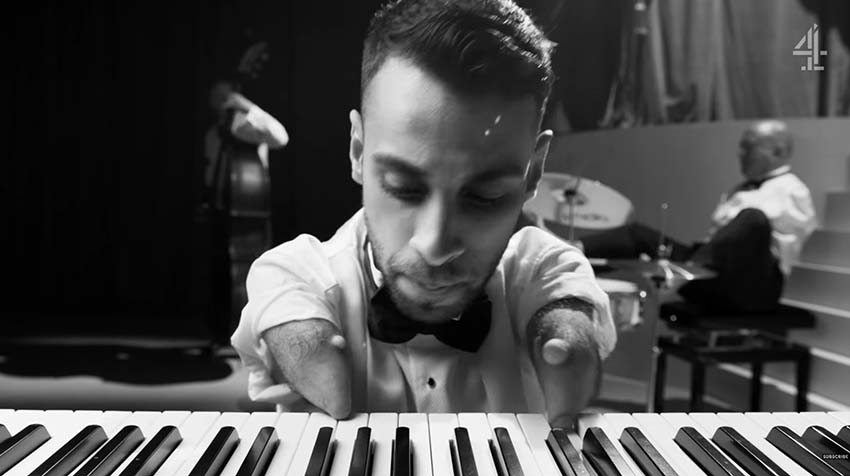 The spot was premiered at a star-studded event at Channel 4’s Horseferry Road headquarters before being launched across Facebook, Twitter and YouTube at 8pm tonight (UK time) – and then will be broadcast as a road-block across Channel 4’s portfolio of channels at 9pm on Friday 15th July.

The ad is set to the iconic Sammy Davis Jr track, Yes I Can, which has been re-recorded by a specially assembled band of disabled musicians drawn from around the world, The Superhumans Band, featuring lead vocalist Tony Dee.  It was recorded in the famous Studio 2 of Abbey Road studios and the track will be released by Universal Music with all profits being donated towards the British Paralympics Association.

The film will be accompanied by a powerful poster campaign shot by Nadav Kander which features both Paralympians and disabled members of the public – and will roll out across Britain in the run up to the Rio Paralympics Opening Ceremony on 7th September.

Says Channel 4’s Chief Marketing and Communications Officer, Dan Brooke: “We’re the Superhumans is an unbridled celebration of ability, by both elite Paralympians and everyday people. In 2012 we saw athletes like never before, but now we see that Down’s Syndrome graduates and wheelchair users in the workplace are just as Superhuman as blind sprinters and amputee weightlifters.

“With our unique remit to champion diversity, innovation and new talent, the Paralympics is a public service bullseye for Channel 4. This campaign is the most important we have ever undertaken and isn’t just about Rio, it’s about revolutionising public attitudes to disability forever.” 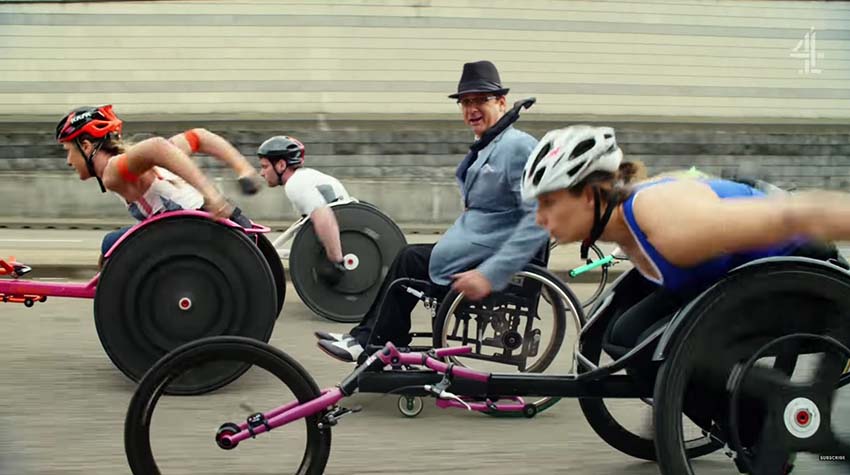 The marketing campaign will promote Channel 4’s ground-breaking coverage of the Rio 2016 Paralympic Games, which will include more than 700 hours of sport broadcast across Channel 4 platforms – and will feature the largest ever team of disabled presenters on UK television.

The Rio Paralympics are the centrepiece of Channel 4’s 2016 Year of Disability – launched in January as part of the channel’s ongoing 360º Diversity Charter commitments – which includes major on and off screen commitments to improving representation of disabled people.

In 2012, Channel 4’s Meet the Superhumans campaign had a huge public impact and helped drive more than 11 million viewers to the opening night of the corporation’s live coverage of the London Paralympic Games.  The multi-award-winning ad was named Campaign of the Year and, alongside Channel 4’s BAFTA-winning coverage of the Games, helped to change attitudes to disability sport and disability more generally.

Says James Walker, Channel 4’s Head of Marketing: “It’s been a labour of love from everyone involved – the marketing team, our in-house creative and production teams in 4creative and our media agency OMD UK, not to mention the incredible work by Blink and Dougal Wilson.”

Says Alice Tonge, Creative Director at 4creative: “In a Britain where everything seems a bit less certain and, at times, less caring, we wanted to create a huge powerful Superhuman message of positivity. Whether you’re blind and you’re running at the Rio Paralympics or you’re a double leg amputee and you’ve got to get the bus every morning to work, being a Superhuman is a state of mind. It’s time to stop focusing on disability and focus on superability instead.”

Of the 100 plus people who feature most prominently in the advert, 17 are musicians, 39 are Paralympians and 53 are non-athletes. And in keeping with the inclusive feel of the spot, it features a mix of people from around the world – 78 from Britain and others from Australia, America, Brazil, Canada, Haiti, Netherlands, Poland, Portugal and Spain.