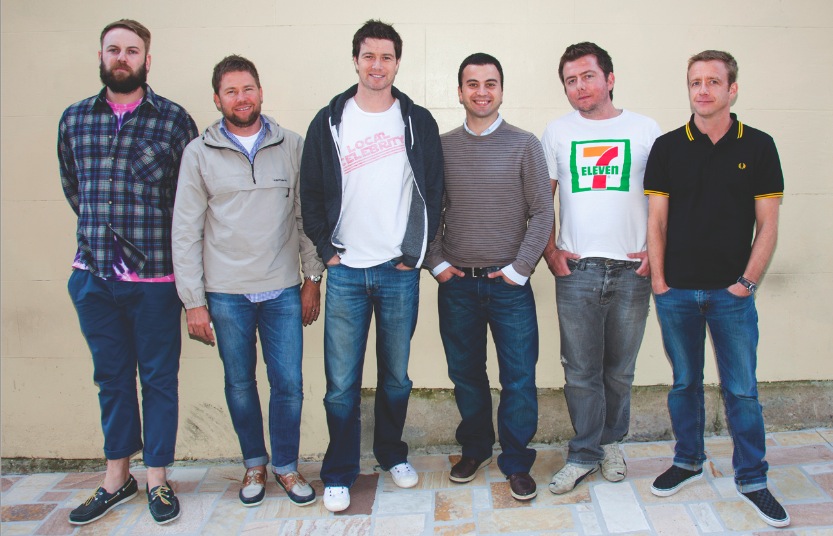 Since taking the reins as ECD in November last year, Coll has been working towards identifying and recruiting the best creative talent to join his existing team at Euro.

“Ours is an agency embarking on massive change,” says Coll (left). “Making that change is not an easy task. But it is an exciting one. We’ve already made big steps forward with the agency culture and the way we work, so this is the right time to introduce new talent into the creative department.

“Chris, Dave, Ben, Simone and Scott are five superbly talented, thoroughly determined, and altogether good blokes. They’re exactly the kind of talent we need and I am delighted to have them on board, adding to the considerable talent we already have in the department. Dave and Chris also bring phenomenal beard-growing capability, which is something I felt the agency was sorely missing,” said Coll.

Chris Johnson began his career at O&M, starting in traffic before quickly moving to a vacant spot behind an impressive oak desk in the creative department.  (Apparently the desk was far too large to remove from the very small office).  Bigger things followed including a long stint at M&C Saatchi working his way up to a senior writer position.

For the past three years he has been freelancing at JWT, DDB and Leo Burnett.

His passion for surfing is currently being stifled by his writing career and his two children. One day he hopes to combine all three with a book teaching children how to surf.

Following two and a half years at Leo Burnett, where he won a handful of awards (on WWF and Earth Hour, naturally), Ladd returned to freelancing where he was reunited with Chris Johnson. Their relationship blossomed at various agencies but after a long and happy engagement, Euro has finally made honest men of the two.

After hours, Ladd and his wife Stephanie are the creative duo… He She It They I. Their recent output includes exhibitions at China Heights, Monster Children and The Outpost; Incu window installations; murals for Arnette and the STC; chairing a talk at the Graphic conference and work on videos for Midnight Juggernauts, Grinspoon and Jump Jump Dance Dance. Their work has been published in The Thousands, Blackmail, Internetwork, Juxtapoz and Fricote magazines, plus countless blogs.

Scott Sparks is a senior creative with 18 years agency experience. He has worked in London for Leagas Delaney, Leo Burnett, Publicis, inferno and freelanced at a host of other agencies producing campaigns for Coca Cola, Cadbury, Proctor & Gamble, Visa, McDonalds, Kellogg, Renault, Honda and United Distillers, to name a few.

Sparks has picked up awards at Cannes, D&AD, Creative Circle, Euro Best, Campaign Poster and collected some IPA Effectiveness Gold and Silvers along the way for good measure.

He has spent the last year studying at Queensland University of Technology where he is working on a PhD and a tan.

After stints in agencies including Y&R and DDB, Ben Pearce and Simone Bartolini first met at TBWA Sydney in 2007.  Prior to joining Euro they were at Jack Watts Currie, where for the past two years they’ve been the lead team across the agency’s main accounts, including ING Direct, Thrifty and Australian Red Cross.

As well as rebranding Thrifty and ING Direct, they created ‘For the Love of Humanity’, the first social-media based campaign for the Red Cross. Garnering millions of dollars in free international media attention, including live-crosses from major network news and radio stations, it pulled thousands of fans and comments across all social media platforms. The campaign launched with a single 6×4 billboard that generated an estimated $3.5 million in PR, and also took out 2 Gold and Best of Show at the recent Australian Outdoor Awards.

Two creatives have left the agency as a result of these hires. “Hiring an extra five for the department means that we are able to limit our reliance on freelance and contractors in the department,” Coll added.