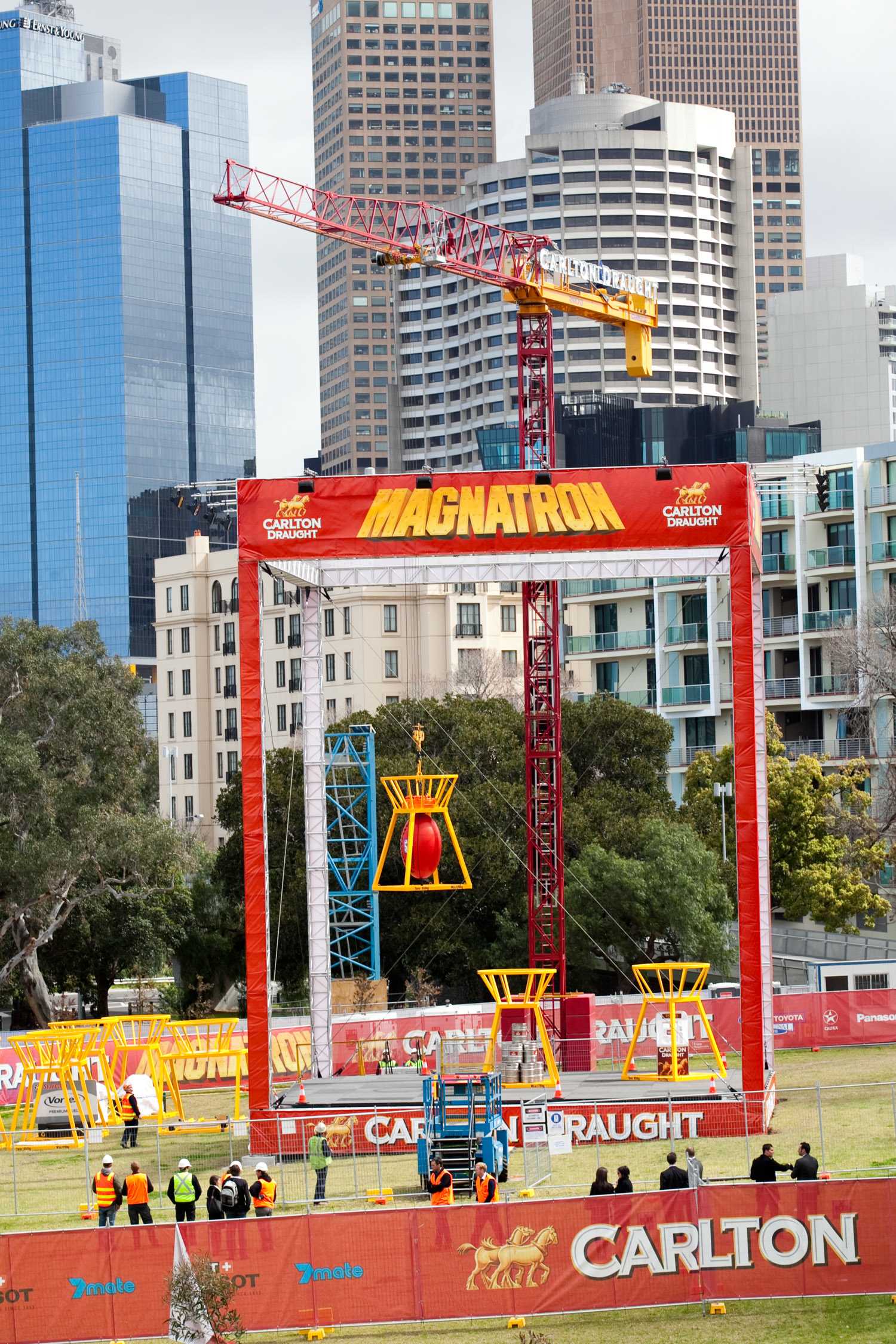 On Saturday September 25th, Carlton Draught, is giving Aussies a once-in-a-lifetime chance to get hands-on with the Carlton Draught Magnatron, and win a share of up to $100k in prizes.

The Carlton Draught Magnatron, conceived by agency Clemenger BBDO, Melbourne, is a 10-storey tall super-sized Skill-Tester, set to tower above the Melbourne skyline this September. It features a 30 metre crane with an 18 metre base enclosure, and is filled with $100,000 in prizes, including a Toyota HiLux, a 10 year AFL Grand Final hospitality package and $5,000 cash from a one-of-a-kind Carlton Draught ATM.

Erected in parkland alongside the MCG, the Carlton Draught Magnatron will continue to stand tall right through to Toyota AFL Grand Final day, Saturday 25th September, as the competition winners step up and attempt to extract prizes from the giant contraption.

“The Carlton Draught Magnatron will blow you away,” said Vincent Ruiu, Carlton group marketing manager. “Next weekend fans will bear witness to two once-in-a-lifetime spectacles, the AFL Grand Final and the Carlton Draught Magnatron. As they walk over the bridge to the MCG they’ll find themselves right at the heart of the Magnatron activity, watching as the competition winners take their turn at grabbing hold of the prizes.”

Fourteen lucky winners will have the chance to test their skills, using the Magnatron to swivel, slide and drop down to collect their share of the $100,000 prize pool by placing the crane arm and the electro-magnet into position, before sending it downwards to clasp on their prize and remove it from the enclosure.

The contestants are made up of prize winners selected from the Carlton Draught on-pack promotion and via an on-air radio contest with Austereo Melbourne.

The Magnatron promotion follows in the footsteps of great Carlton Draught initiatives of previous years, including The $200k Mystery Prize, Drop the Bomb and The Plastic Cup.