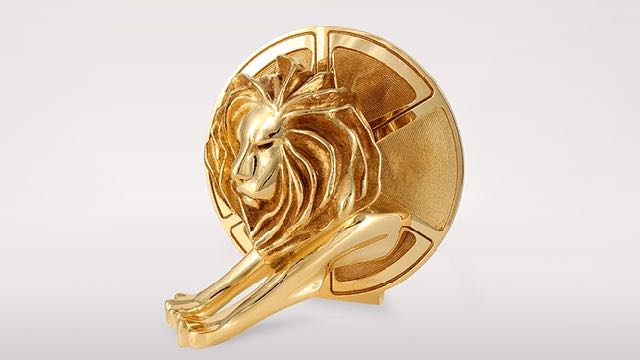 The Cannes Lions International Festival of Creativity has announced changes to the 2016 awards which will see the Press Lions become the Print & Publishing Lions and Digital Craft split from the Cyber and Mobile Lions.

The addition of the Press Lions is considered to be a milestone in Cannes Lions’ history, being the second award to be added to the competition.

Says Simon Cook, director of awards, Lions Festivals: “This is an award that’s been with us since 1992. By renaming it the Print & Publishing Lions, we are evolving the category, just as the print and publishing world itself is evolving, to recognise other forms of publishing, along with best uses of press and interactive press.”

Says Terry Savage, chairman, Lion Festivals on the splitting out of Digital Craft: “The Cyber and Mobile Lions juries have told us that with more and more UX and Craft focused entries, it is necessary to have experts in this field sitting on the jury. We’ve chosen to split it out so that this specialist area can have its own dedicated jury, which will also make the hugely labour intensive Cyber Lions judging much more manageable going forward.”

The Digital Craft Lions will celebrate the creative skills and digital craftsmanship behind the content including the quality of design, the technical execution and the overall experience across all digital platforms and devices.

Additionally, Cannes Lions has adapted and changed other Lions for 2016. After continued consultation with a network of product design advisors, the Product Design Lions evolve significantly for 2016 with expanded and redefined categories that recognise the importance of the product as both a medium and brand embodiment, with new additions including Service & Interactive Design for Products.

The Titanium & Integrated Lions are being separated, with Titanium and Integrated now being judged as standalone Lions. Elsewhere, the Design Lions see a new suite of Experience Design categories and an expanded Social section, and the Outdoor Lions grow to include a large Digital Outdoor section.

Entries for Cannes Lions open on 21 January. Further details of the Lions, rules and fees can be found at www.canneslions.com.