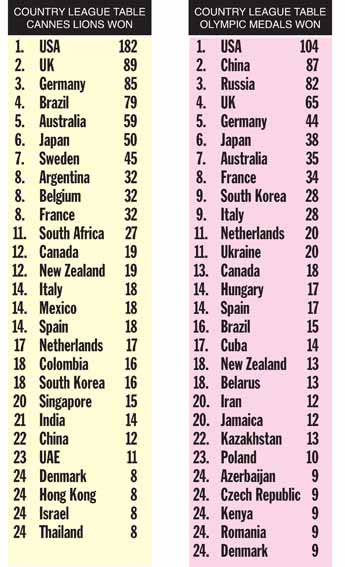 As would be expected, the USA (#1 at Cannes, #1 at Olympics) lead the combined tally, with 286 gongs, proving the yanks are the superstar nation at both advertising and Olympic prowess.