How will Australia perform at Cannes this year? In the lead up to the Festival, Campaign Brief will be showcasing the work we hope will impress the judges…

Westpac: Ari
DDB Sydney
Westpac launched ‘Ari’ in 2019, the latest iteration of its help campaign, focusing on an issue many Australians face – separating from a partner. Drawing on the brand’s commitment to helping Australians in the moments that matter, the campaign depicted the story of an Australian family going through a separation from the perspective of a young boy helping his parents navigate a difficult time in their lives.

Volkswagen: Polo UNFail
DDB Sydney
In 2018, 40+ million people saw a heart-stopping viral video starring a runaway tyre… that turned out to be an ad for Volkswagen safety. See, the VW Polo is packed with safety technology, but that didn’t excite its younger audience. So, DDB Sydney found a way into their social feeds by creating a fail video, with a twist: removed the fail. The agency leaked it online with a careful media strategy – and it went viral. Dozens of international publications and millions of views later, it was revealed as a cheeky ad – retargeting the same audience with more information.

Volkswagen: Amarok Too Powerful
DDB Sydney
What if you had the ability to create the most powerful ute ad ever seen, but weren’t allowed to show it? That was the idea behind Volkswagen’s new campaign for the Amarok V6, the most powerful ute in its class. ‘Too Powerful for TV’ told the story of the most epic ute ad never quite made – complete with a British prima donna director, austere safety officer, and a raft of clever ways that showcased what Aussie car manufacturers have struggled to for years.

Foxtel: Grave of Thrones
DDB Sydney
In the words of Cersei Lannister, “when you play the Game of Thrones, you win, or you die”, and over the course of seven seasons, fans have watched the deaths of some of their most loved, and loathed characters. So, to launch the final season of Game of Thrones on Foxtel, DDB Sydney created ‘Grave of Thrones: The Final Resting Place’, a sprawling 2000 square metre cemetery. Layered in reference to how characters lived and died the activation makes for an emotional, immersive experience for fans – the graves helping turn fictional characters into something much more real than they were on screen. 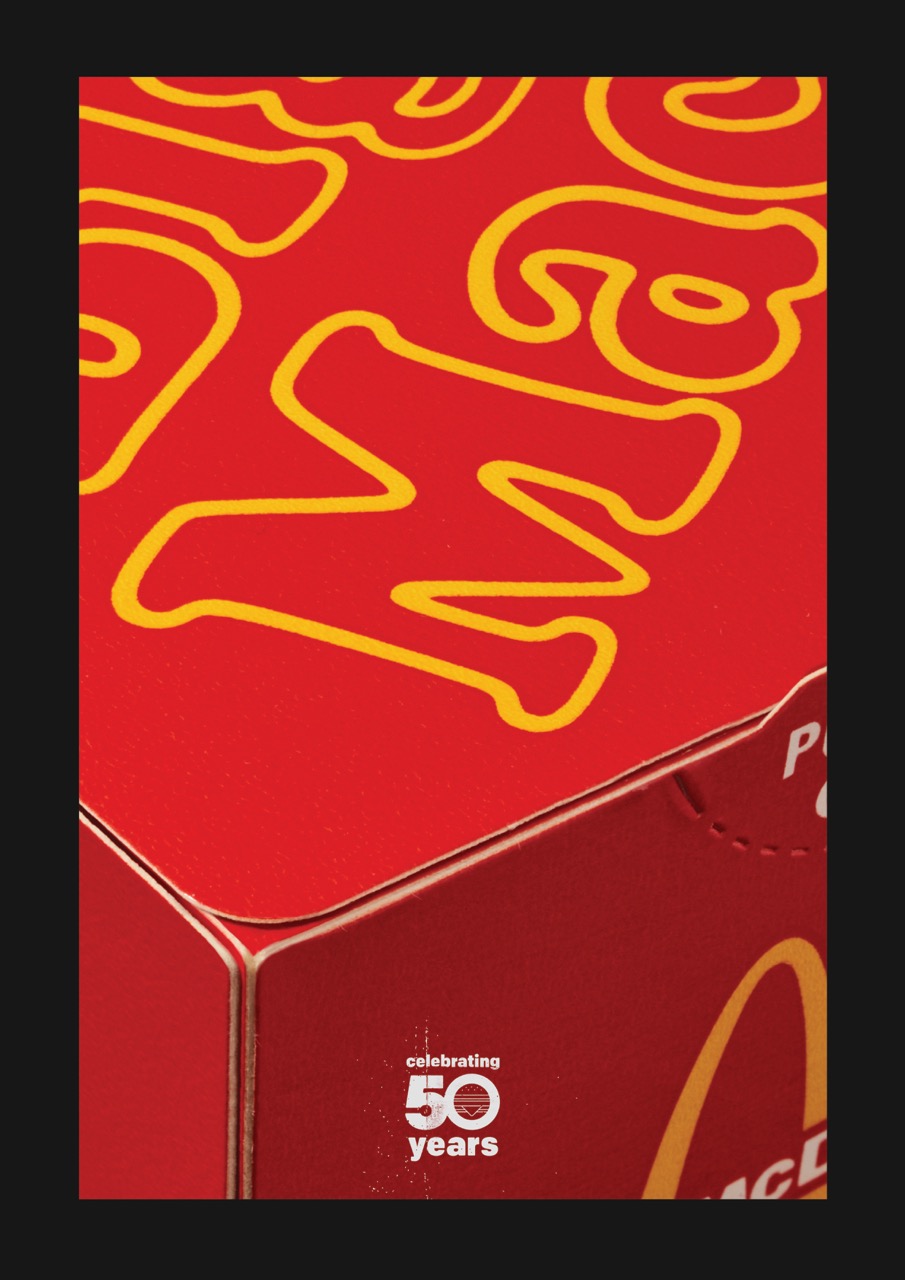 McDonald’s: Big Mac 50th Packaging
DDB Sydney
The Big Mac, celebrating its 50th Birthday in 2018, had remained almost unchanged for 50 years. So, to promote its golden anniversary, DDB Sydney celebrated the only thing about the burger that had. Its packaging. Tapping into half a century of nostalgia for the beloved burger, original, now archived Big Mac packaging spanning five decades was sourced and meticulously photographed. These photographs were then turned into unbranded posters honouring the Big Mac’s status as a pop-culture icon. The packaging was also featured in a nationwide television campaign specifically depicting the eras they came from.