Cadbury has launched a new initiative via Ogilvy Melbourne to make a stand against racism and other forms of intolerance.

The inspiration came from years of managing hate-fuelled sentiment on the brand’s Facebook page. Late last year, Cadbury made the decision to create a visual expression to respond to all those negative comments in a unique and impactful way.

Together with eight designers, an anthropologist and project manager from different cultural backgrounds, Cadbury’s Symbol For All has been created for any person, organisation or company to customise and use to express their support for a more respectful and culturally inclusive society. The result is a symbol designed to transcend all languages, cultures and faiths.

Says Josh Murrell and Sharon Condy, creative directors, Ogilvy Melbourne: “We wanted to show what Cadbury truly stands for by creating a universal symbol of unity. By responding to all the negative commentary with a positive solution, we can shine a light on inclusivity and encourage others to do the same.”

Says David Ponce de Leon, executive creative director, Ogilvy Melbourne: “As we looked into this project we realised there’s a symbol for almost everything and everybody. But there wasn’t a Symbol For All. As more and more things set out to divide in this world, we found no better way to demonstrate the world should truly be for everyone. Our symbol is a solution, a response and a brand statement, all rolled into one.”

Symbol For All was originally intended to be shared via Cadbury’s Facebook page on Harmony Day (21 March), the United Nations’ International Day for the Elimination of Racial Discrimination. However, in consultation with the appropriate organisations in both Australia and New Zealand, the decision was made to delay out of respect following the terror attacks.

Says Paul Chatfield, director of marketing, chocolate, Mondelēz International: “Every single day, Cadbury’s Australian Facebook page is flooded with hateful messages and comments that have nothing to do with chocolate and everything to do racist sentiment. As an iconic brand in Australia we have a voice and a responsibility to lead by example, which has been the impetus for the creation of this symbol.

“By responding to these comments with positivity, we’re demonstrating an unwavering commitment to inclusivity and encouraging others to find the ‘glass and half’ in everyone.

“We invite anyone who wants to show their support for a diverse and inclusive Australia to join us in sharing the symbol by downloading it, customising it and sharing it on their own channels.”

Anthropologist, Dr Marilyn Metta, said it was humbling to be a part of a project with such positive intention.

Says Metta: “I know that all of the designers and experts involved in this project share the sentiment that it was an honour to be engaged in an initiative that exists to create a positive impact on our broader community.

“It was a saddening shock to everyone that on the second day into the project the Christchurch terror attack unfolded. From that moment on we had even more resolve to find a visual symbol that would show that there’s more that unites us than sets us apart.”

Throughout the design process Cadbury also consulted with a range of organisations which support and advocate for a diverse and inclusive Australia, including The Australian Multicultural Foundation and Inclusive Australia.

Symbol For All is now available online for anyone to download, customise and share. Share the symbol with #ForAll to show support for respect and inclusiveness. To learn more about the initiative and to watch the film, visit symbolforall.com. 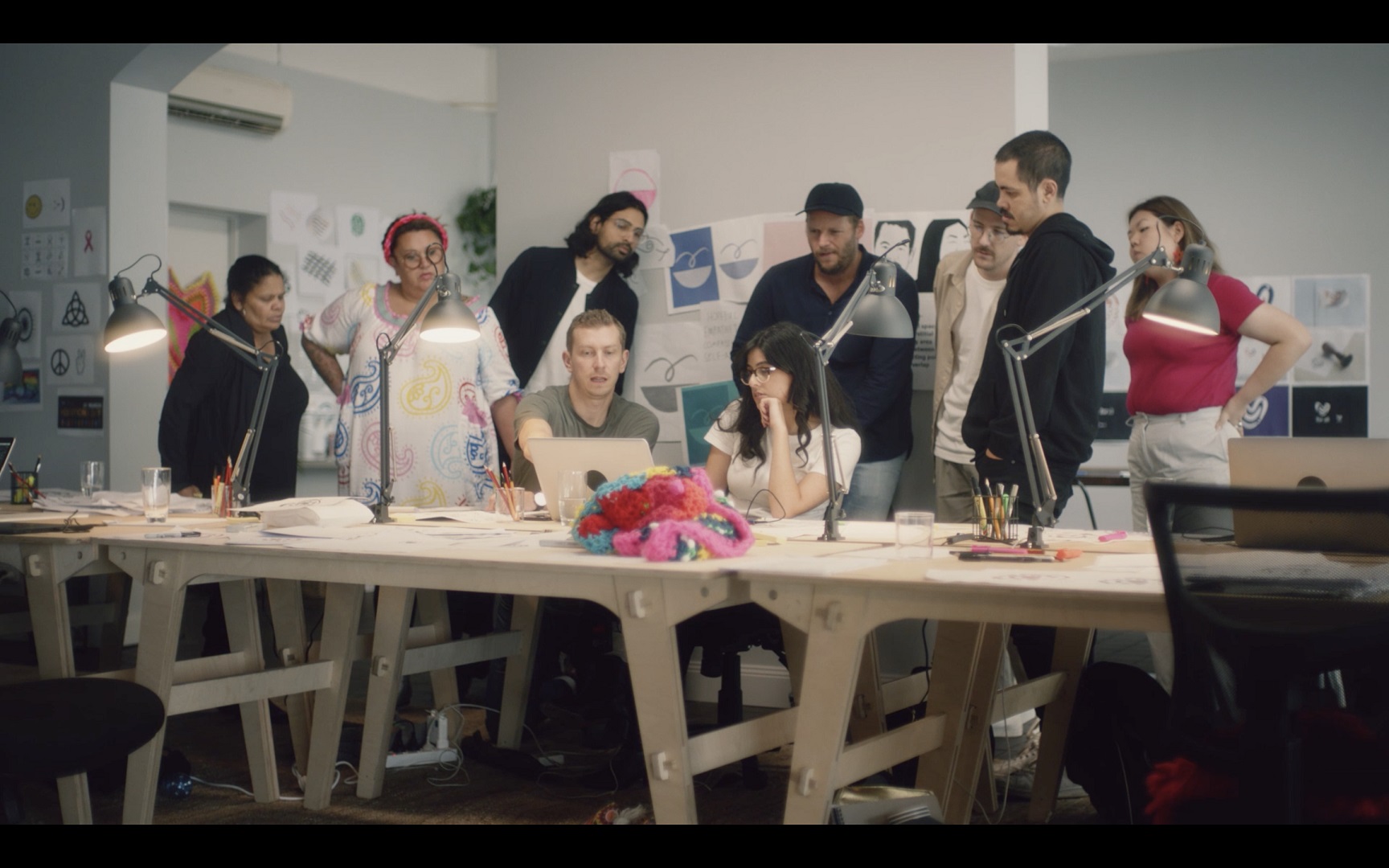 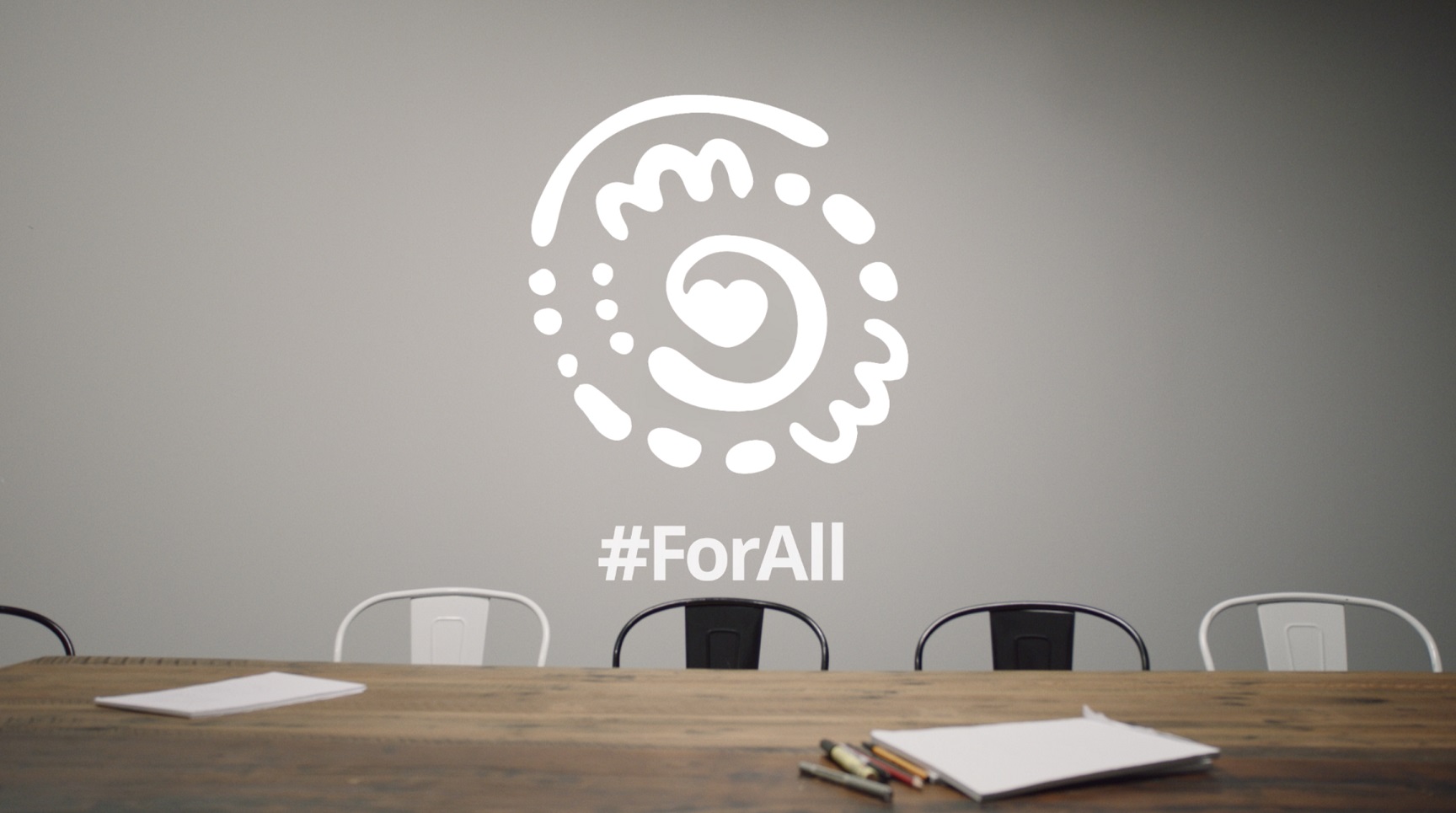 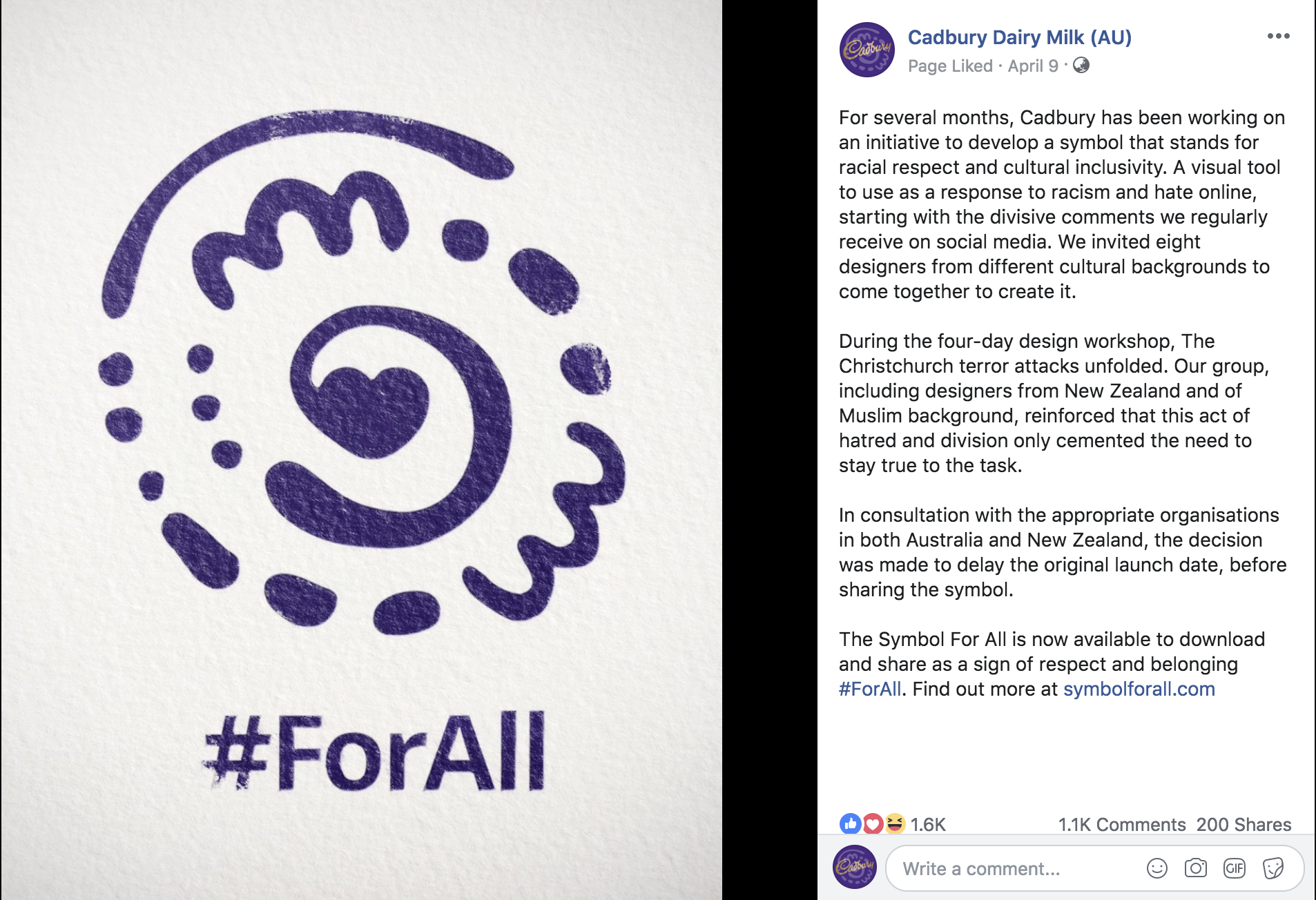