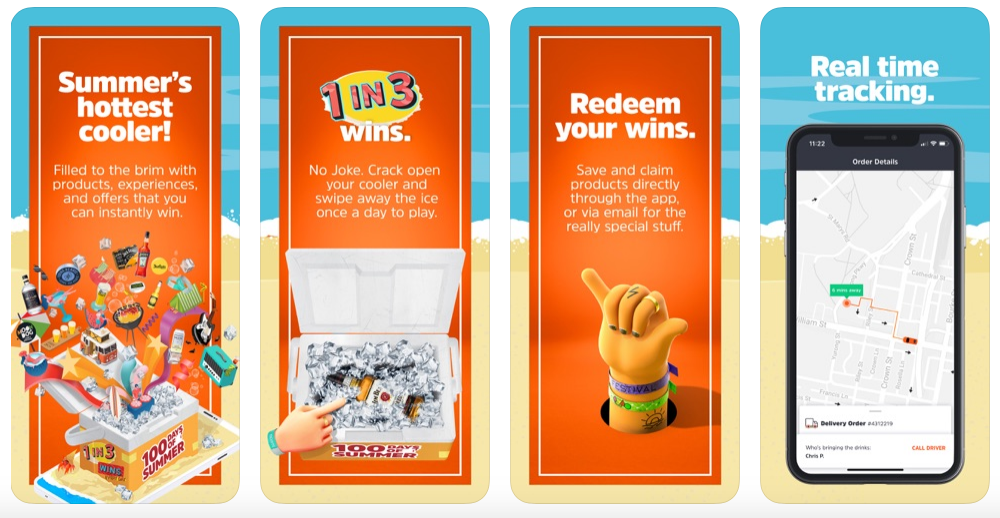 Australian liquor retailer BWS has unveiled its biggest summer campaign to date via M&C Saatchi, rewarding customers with great deals and more than $30 million in prizes via BWS on tApp.

The 100 Days of Summer campaign, designed to make this summer the most convenient yet, began by starting summer a whole month early – 1 November – with deals, prizes and an influencer teaser campaign.

M&C Saatchi has worked with BWS to give the campaign a fresh twist in store, with cheeky visuals that deliver an instant summer hit via humorous illustrations and copy. M&C Saatchi helped BWS create one of the most exciting Liquor Apps to hit Australia, featuring brand-new gamification technology for the BWS on tAPP mobile app. Further developed by the internal BWS team and Sydney based communications Agency, The Zoo Republic, the BWS Cooler allows customers to ‘crack open’ a deal daily, which includes $30m in BWS prizes and money-can’t-buy experiences.

Woolworths@DAN has created a media strategy that takes a deep-dive into the mindsets, habits and purchase behaviours of their Aussie customers to deliver the best Summer experience yet. The campaign will go to market across multiple channels previously unexplored by the brand at a large, national scale.

Via Frank, the brand partnered with iconic beach brand Budgy Smugglers, to create a limited-edition range of men’s and women’s togs. Ahead of launch weekend, the agency engaged multiple influencers, including MAF’s Ryan Gallagher, to fool their followers into believing that summer was coming early. Each influencer revealed the ‘hoax’ in-store, in their swimmers, alongside promotional models.

Says Vanessa Rowed, head of marketing, BWS: “BWS goes to great lengths to source products and deals Aussies will love, if that means moving the seasons, then so be it! We’re committed to making this the most convenient summer ever and 100 Days of Summer does exactly that – both in and out of store.”

Says Sharon Edmondston, creative director, M&C Saatchi: “This campaign gets more audacious year on year and 2019 is the biggest, boldest and brightest ever. The launch of BWS on tAPP has opened up the opportunity to truly integrate this year’s campaign through the line so Aussies will be enjoying that unmistakably summer feeling in stores, on the streets and in the palm of their hands (even though it’s not technically summer yet).”

The campaign will be rolled out to all 1,340 BWS stores across the country over the next three months. 100 Days of Summer follows last month’s The World’s Biggest Beer Run, which saw the retailer visit six countries across three continents to source the World’s Rarest Six Pack. 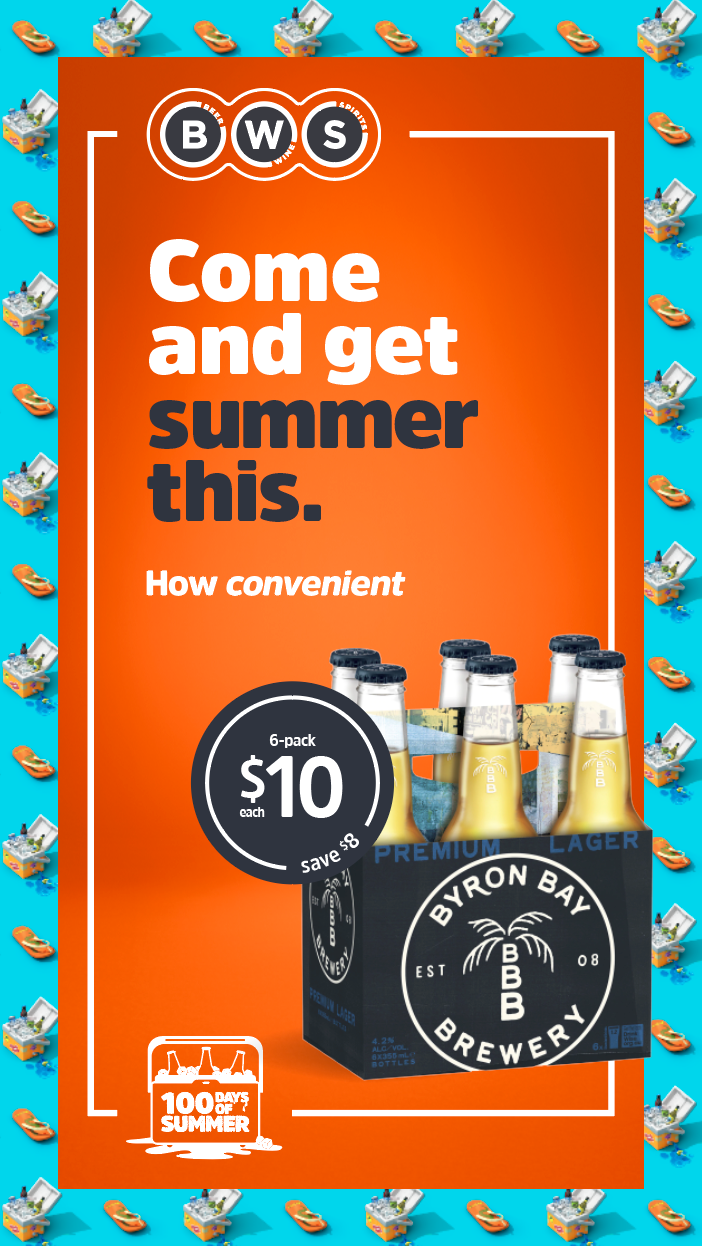 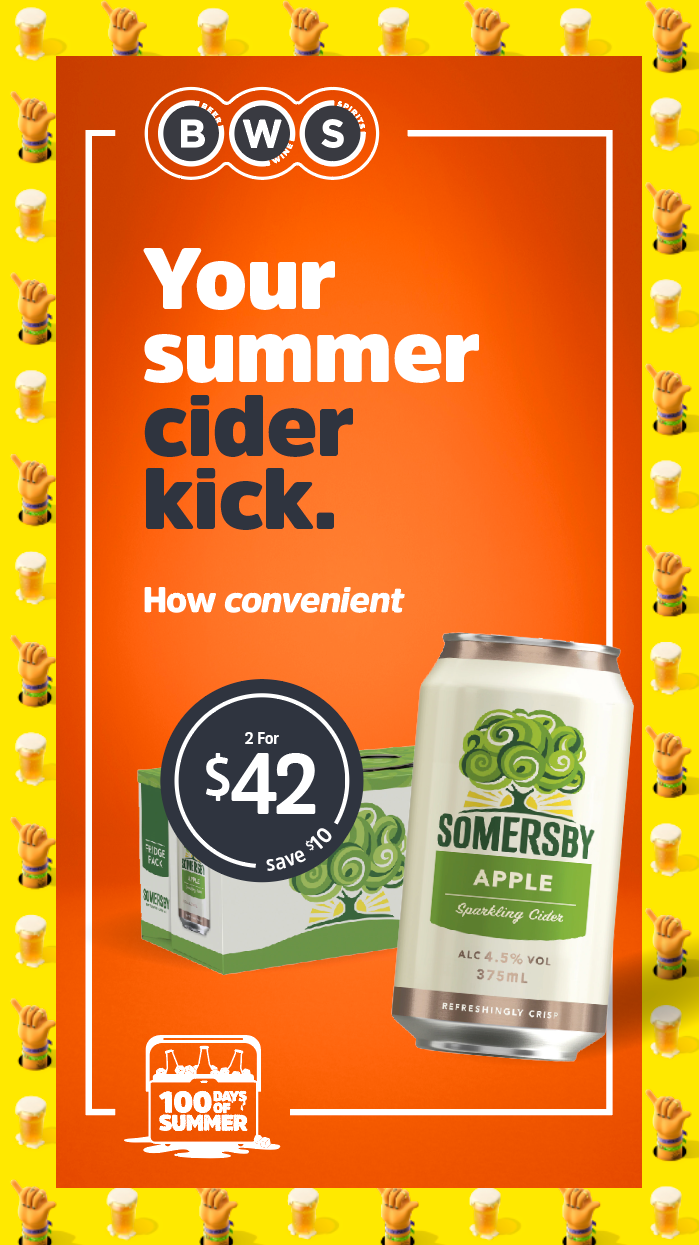 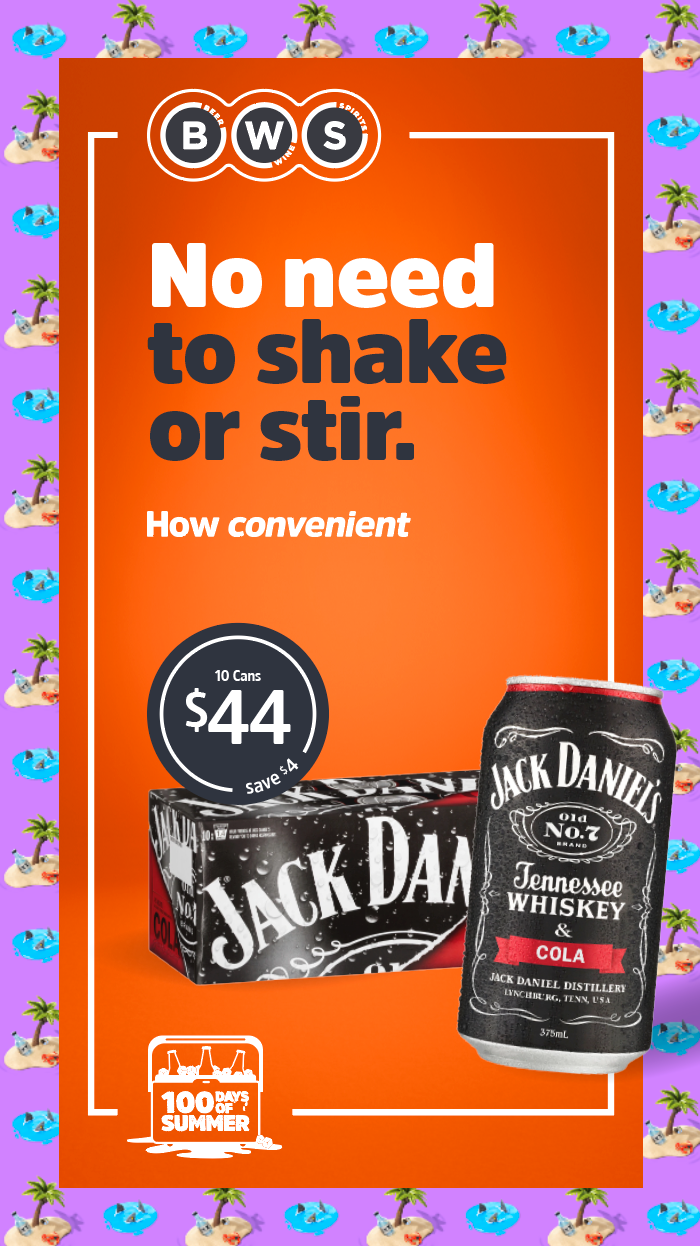 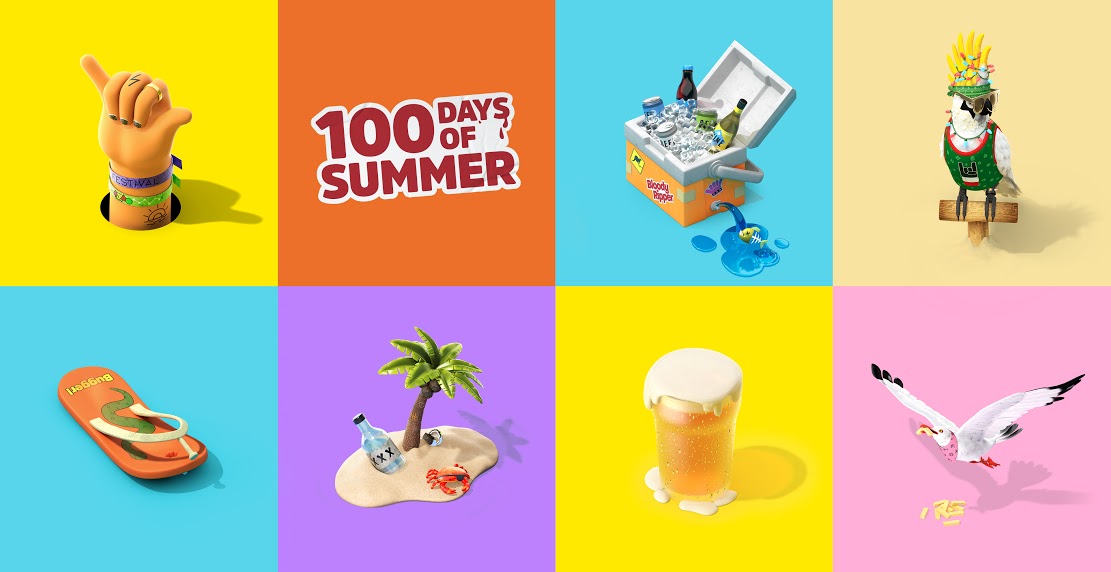 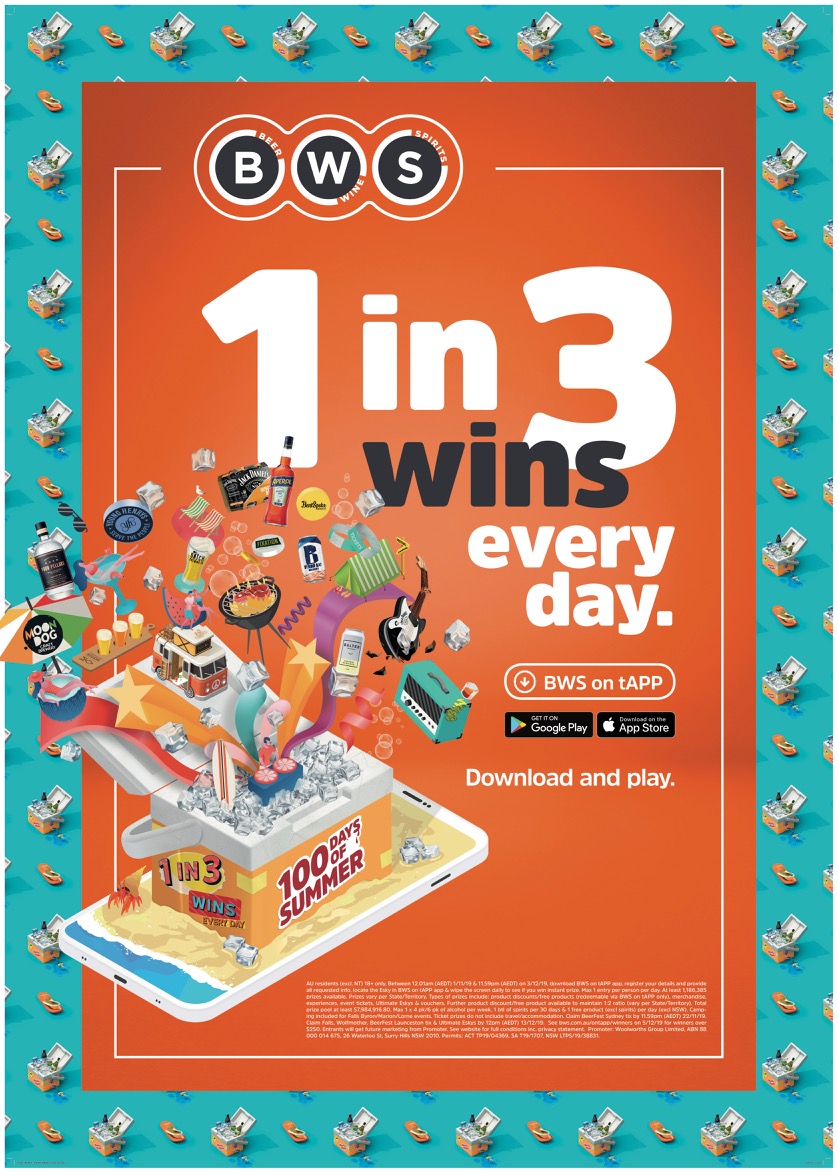 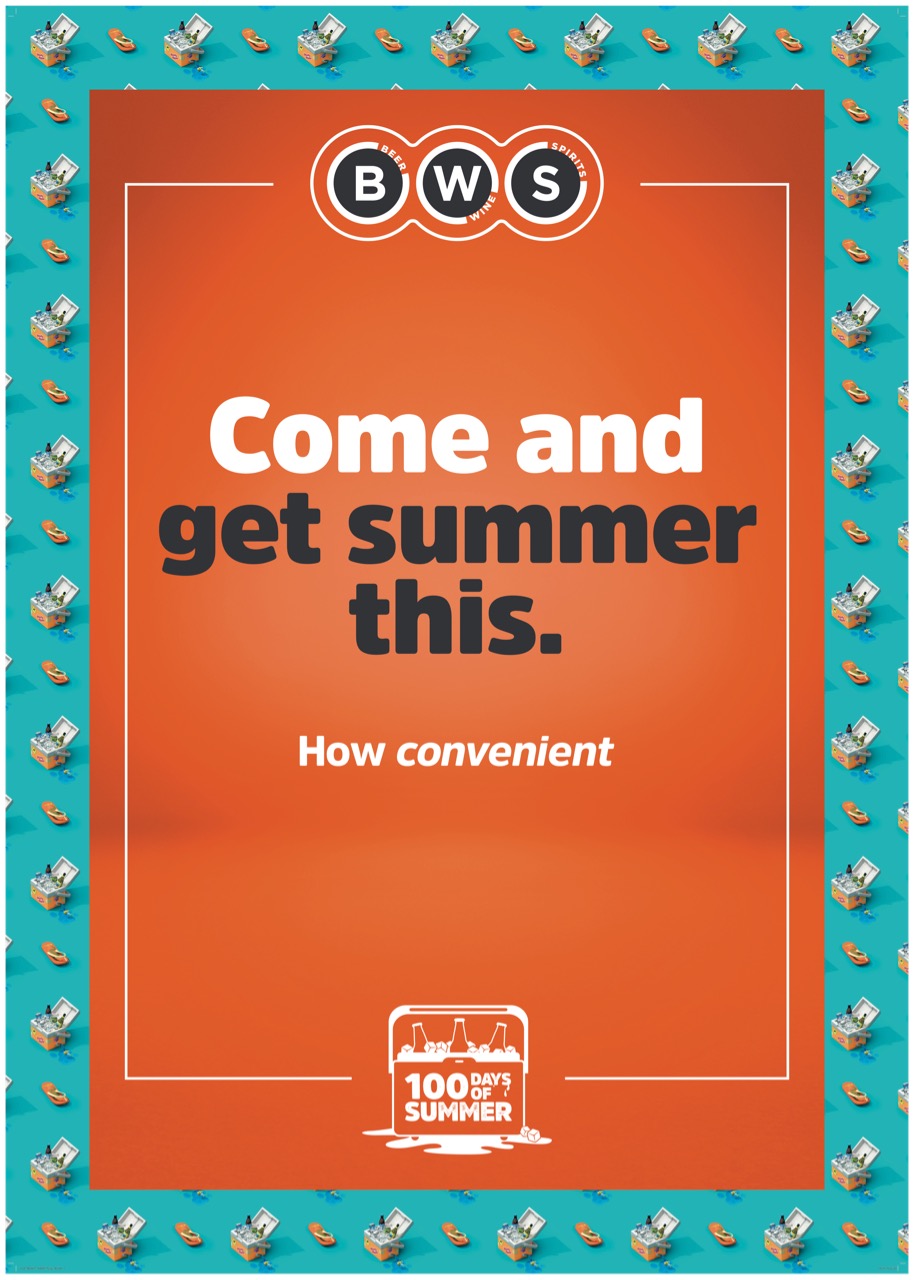