Bushells has launched its first campaign in 2 years, via Paper Moose. The “Good taste is timeless” campaign looks at how the humble Bushells tea bag got it right the first time, unlike many other products and fashions we’ve seen come and go over the years.

The campaign was made entirely in house at Paper Moose, from initial strategy and concepts through to photography, voice record and grading.

Says Nick Hunter, Paper Moose executive creative director: “There’s something refreshing about a product that has remained true, in a world that’s constantly changing. Bushells is an incredible brand story in that respect, as it’s been a staple of the Australian household since 1883. We’re excited to be launching new work for such an iconic product.”

Says Monica Reyes, Marketing Manager – UI ANZ: “We’re thankful to Paper Moose for getting to the heart of the brand and helping show Aussies how Bushells got it spot on over a century ago. Having them look after the entire process meant we could spend more time enjoying a cuppa”. 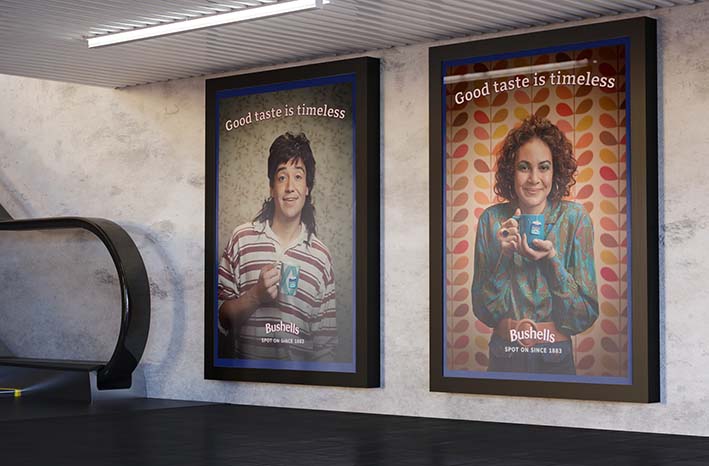