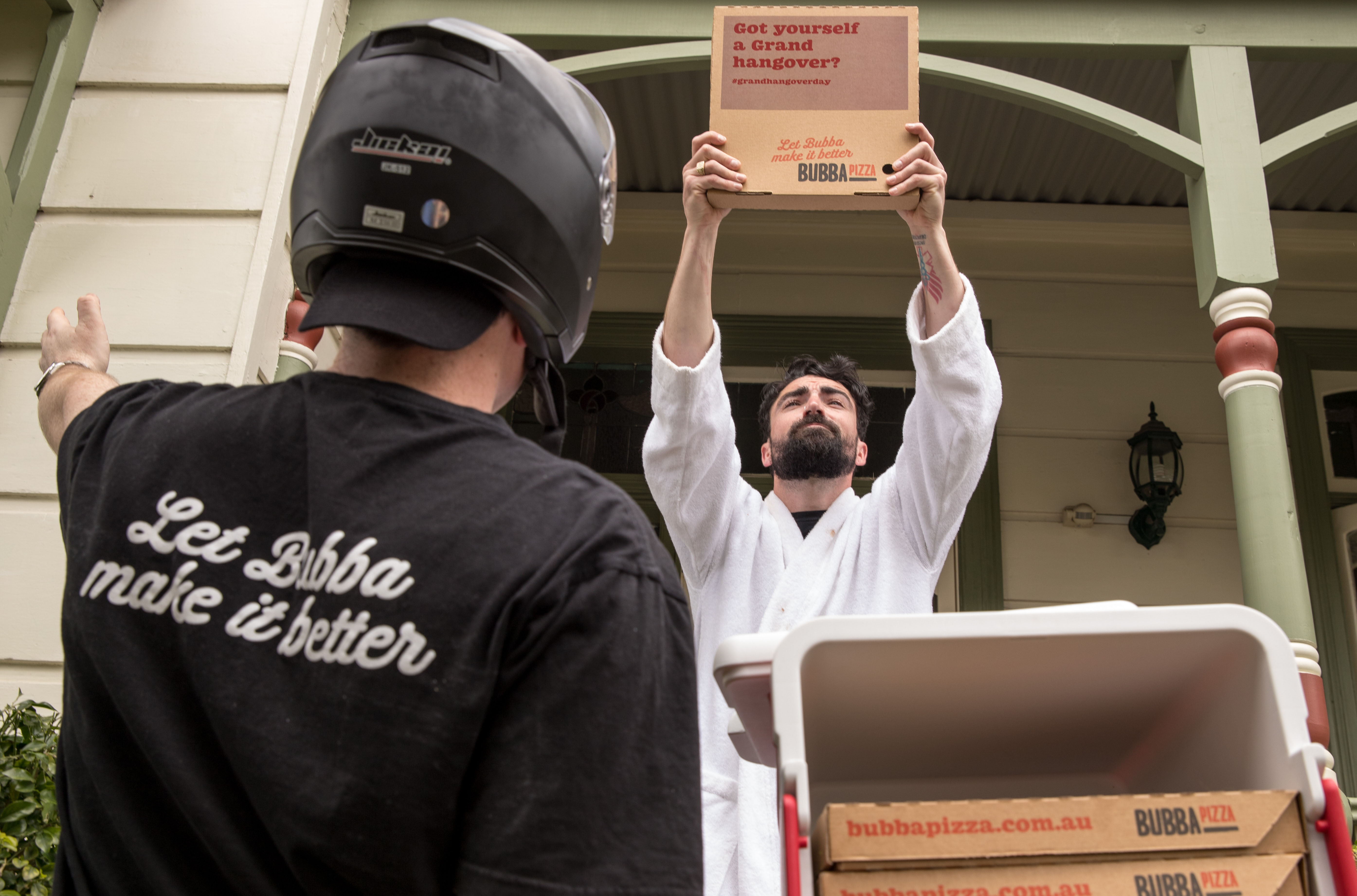 Anyone who’s felt the self-inflicted misery of a hangover knows that the road to recovery is paved with pizza, especially any slices left in the fridge from the night before. There’s something about cold pizza that’s the perfect cure for queasy guts and a throbbing head. And now, in a world first, Bubba Pizza (re-positioned by By All Means in 2017 as the company that asks its customers to ‘Let Bubba make it better’) has become the first in the world to make its customers hangovers better with cold pizza.

On the day after the Grand Final (or ‘Grand Hangover Day’ as the family owned pizza chain would prefer it were called) Bubba delivered hundreds of cold Aussie pizzas to hungover customers all over Victoria and South Australia.

Says Damian Hopper, business development manager, Bubba Pizza: “All science aside, pizza may be the only hangover cure that actually works, so we thought we’d do something to make our customers’ hangovers better when they were most in need.’. 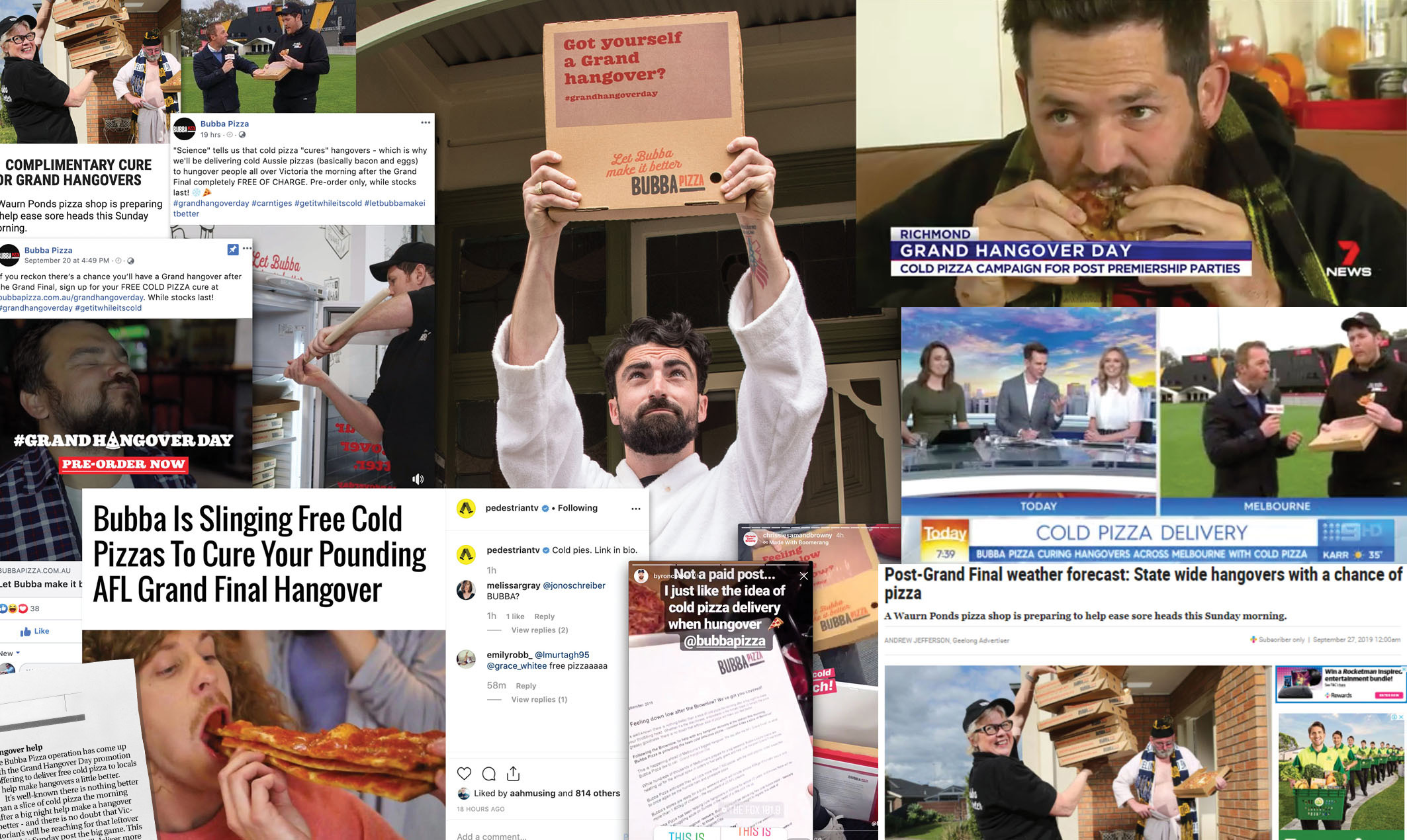 Bubba then put the word out on social media, letting customers know that, on the day after the Grand Final, a limited supply of free pizza would be available for pre-order. And instructed them to: ​‘Get it while it’s cold!’

Says Mat Cummings, managing director and partner at By All Means: “We saw this campaign as an opportunity to cut through a particularly noisy time in the marketing calendar: the Grand Final. Footy and pizza go hand in hand, and we wanted to do something completely new and exciting – and we’re thrilled that Bubba customers (and the nation) responded so enthusiastically.”

The story was picked up by Channel 7 and 9 News; Weekend Today; Fox FM, Nova, and SmoothFM presenters; Pedestrian and local print media, reaching well over 9 million Aussies, in what was surely the first case of a pizza company delivering their pizzas cold—intentionally, that is. 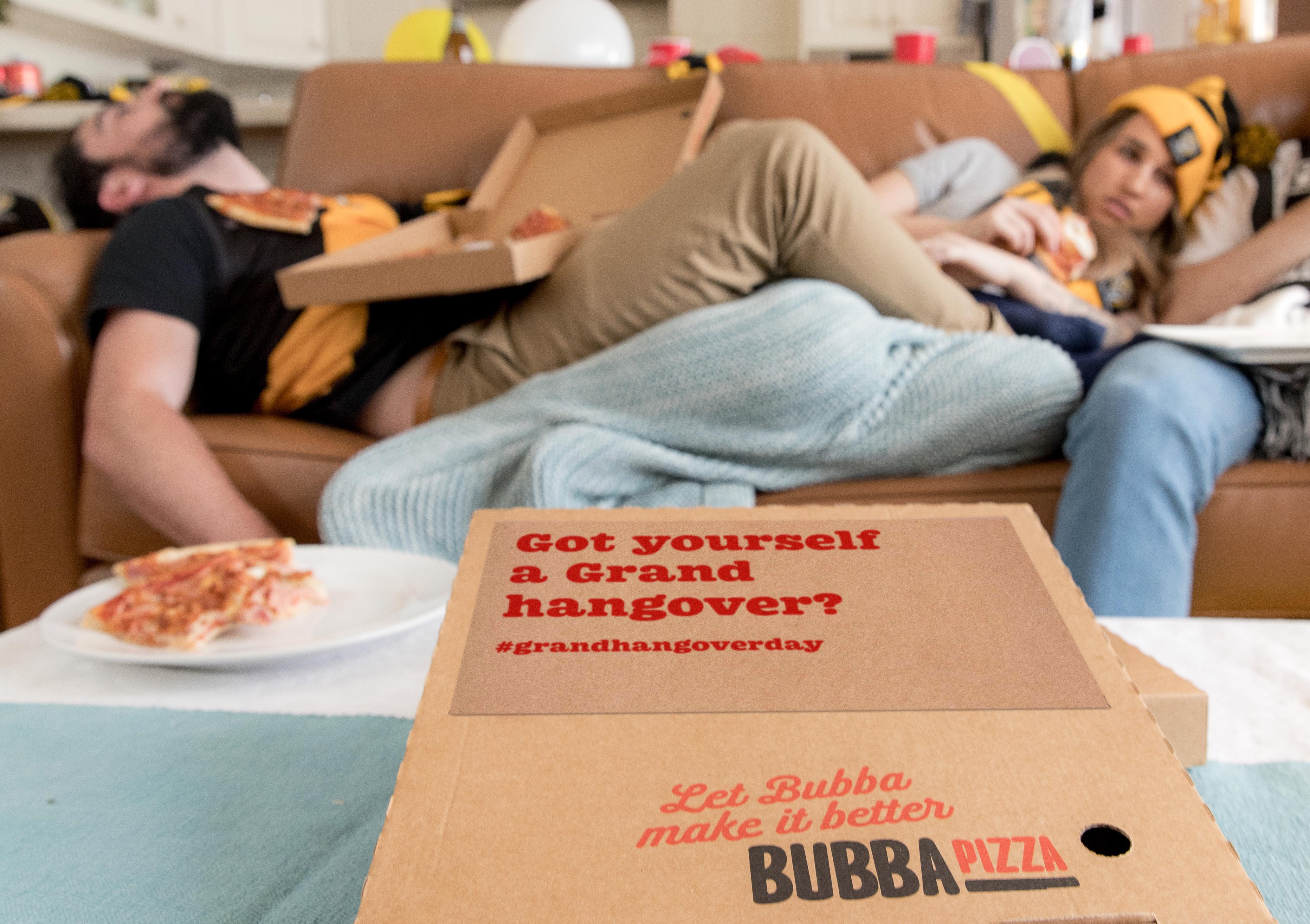