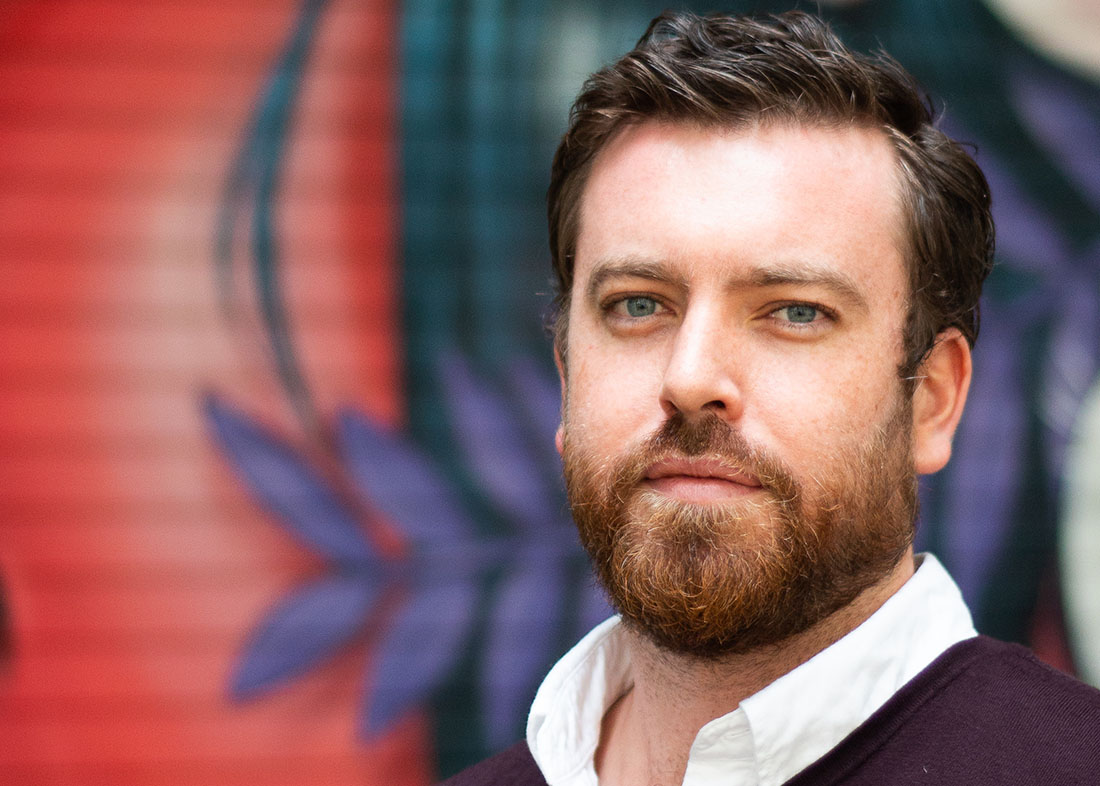 Bowan Spanbroek, Head of Data Driven Marketing at Equilibrium, says privacy concerns are re-shaping social media with changing patterns of behaviour and rates of usage on some of the biggest platforms.

Social media is ubiquitous these days. It’s crept into every aspect of our lives. We have digital watches that alert us to social media notifications, and Twitter and Facebook posts are even being used as sources in news reports.

But in the explosion of the social media phenomenon, some worrying cracks have started to appear in what was once considered a tool for social good. Namely data privacy.

Thanks to the wealth of technology platforms available, and our penchant for sharing intimate details about our lives via social media, we provide the big technology companies with a buffet of our most private information. And while these platforms are tended to be secure, leaks emerge. Cracks in code, holes in security processes, which lead to our personal data being compromised.

The meticulous, constant, and insidious harvesting of our data, private or otherwise, allows companies to create accurate personal histories of us, and use this to target advertising to our needs and in more recent times use it for more nefarious acts (swing elections, incite hate, steal our identities).

But as with all radical changes in the world, human nature begins to fight back. Recently, a shift has begun to appear in consumer sentiment towards the big technology companies who profit from our data. The public are becoming more aware of their rights to privacy, and seeking out digital applications and networks that don’t track or profit from their information.

This privacy counterculture is going to fundamentally change the future digital landscape.

Disrupting the Golden Age of Social Media
For a long time, we were in the Golden Age of Social Media. The tech giants that controlled these platforms could seemingly do nothing wrong. But the public became aware that these companies were using our data to profit. The Cambridge Analytica scandal catapulted Facebook’s data security into a harsh worldwide spotlight, with severe ramifications.

And it wasn’t just our data. People began to realise that the technology behind these platforms wasn’t acting in our best interest, either. Facebook’s algorithm was raked over the coals for allowing skewed, fake news stories to proliferate. The March 2018 Google data breach, which potentially exposed the private information of up to 500,000 Google Plus users, tarnished Google’s reputation and resulted in the shutting down of Google Plus for good.

The world is fighting back
As the media reports the seemingly constant stream of data misuse (most recently FaceApp) and the manipulation of public opinion through fake news, a groundswell of negative sentiment from the public, passionate activists, and journalists is starting to spill over into action against the tech giants. This backlash is beginning to drive changes in policy and scrutiny from numerous governments from around the world.

French Parliament recently passed a bill that included a law requiring tech companies like Google and Facebook to remove content that the French government deemed to be ‘hate speech’. If the content doesn’t get removed within a 24-hour deadline, they’re issued with a €1.25 million fine. Germany’s government did the same, with their penalty skyrocketing to an eye-watering €50 million.

The US Federal Trade Commission is holding Facebook accountable for its privacy lapses to the tune of a reported $5 billion.

People are leaving Facebook—and feeling good
While trust in technology companies, and their ethical use of social media platforms, is decreasing, so too is its user base.

Australia is a prime example. Facebook has seen a significant drop in audience and usage, with an estimated 1.8 million of our 15 million Facebook users deleting their account. 1 in 10 Australians has actively changed their Facebook privacy settings to restrict the amount of information they share. Social media exodus is being felt across most major platforms.

As a result, people are beginning to see the upside of unplugging from social media, noting improvements in physical and mental health. In fact, nearly 64% of millennials (arguably the largest demographic of social media users) have said they would be physically healthier if they reduced their time spent on social media. 60% said it would make them happier people.

So while this isn’t the end of social media, it’s still a seismic shift in behaviour and platform loyalty. Users are looking for alternatives.

The rise of encrypted alternatives
Social media and digital platforms won’t ever disappear. They simply can’t.

However, from all the cracks that have appeared in the credibility and privacy of these trusted technologies, alternative platforms are beginning to appear. Platforms that place value on data privacy, encryption, and free speech.

In the instant messaging realm, Signal has emerged. This cross-platform messaging service uses end-to-end encryption to secure all communications between users—not even the company itself can read the messages. It’s reportedly so secure that even Edward Snowden uses it.

DuckDuckGo is an innovative search engine whose key ethos is that they don’t track or store their users’ data and that their search results only promote content that will be valuable to the user. Their daily queries, while still insignificant to Google, have recently cracked 30Million searches per day and are growing at an exponential rate. 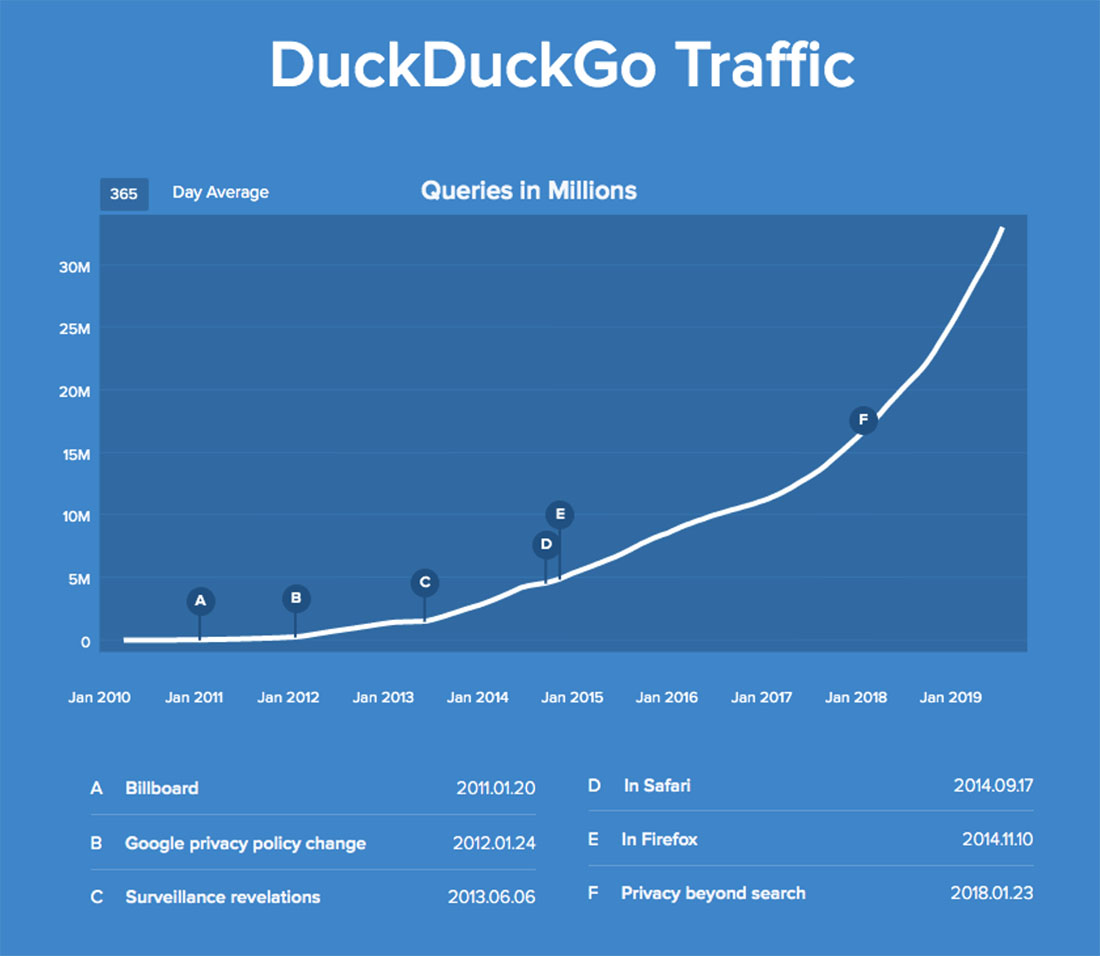 In the social media and networking space, a blockchain-based platform called Minds is gaining traction, with the promise that they don’t track or sell their users’ data. While there are nascent disruptors emerging here the core movement is to create private and de-centralised networks at scale, removing power from single companies and individuals.

Darius Kazemi’s who is part of the Mozilla Foundation fellowship has created ‘Run Your Own Social that provides a guide on how to set up your own micro-network that connects with your selected social connections in a closed environment. Perhaps this is a glimpse into the future.

While it’s still unclear whether these and similar platforms will take off, some of their growth rates, DuckDuckGo in particular, look surprisingly similar to the success stories of two other global technology companies.

Adopting and adapting
Similar to early technology adopters, businesses who adapt to this change in values early will be able to position themselves at the head of this growing movement.

Consumers are starting to leave brands that fail to use their personal data in a transparent and responsible way, which will have flow-on effects to the power balance of these platforms. Look at Australia’s Facebook statistics. Poor performance and privacy issues may eventually lead to a mass exodus, leaving Facebook to go the way of Myspace.

Data counterculture will become dinner table conversation for the masses and already has become a point of activism for a few. The public will generate more and more conversation about what businesses are doing to protect their privacy and the value of alternative technology platforms that do.

An exciting time to be alive
In this growing climate, businesses need to be aware of their users’ concerns over data privacy. They need to understand the power of personal data and provide their consumers with choices to control it—similar to energy-saving measure in the household, or environmentally-responsible food choices.

This choice will give users a renewed power over their privacy, and signal a seachange in how companies promote their services. If the technology giants don’t shift with this growing sentiment they risk having their user base diluted, jeopardising the large sets of data they have amassed and use for generating ad revenue. While this isn’t a bad thing for the user, it will impact businesses who rely on this data to target their consumer if they don’t find ways to adapt.

But to be able to stay on board with this trend of data and privacy counterculture, we need to accurately define it in order to quantify it and understand where it will go next. As it’s in its infancy, it’s not exactly clear what this will look like—but we do know that the way consumers interact with businesses is set to change.

Over the next one or two years, businesses should be prepared to experience a potential decline in user growth rates on Facebook. And the tech giants like Google and Facebook themselves will continue to roll out large-scale changes to their privacy policies. But, actions speak louder than words and the sentiment is they are not in-step at the moment…

Importantly, the rise of privacy counterculture signals a change in the world. The invasive nature of social media has reached a tipping point. Businesses are realising that our privacy isn’t a commodity, and consumers are looking to their trusted brands to provide an ethical, secure alternative.

The rise of privacy counterculture demonstrates there’s room to disrupt the most powerful technology companies in the world. It’s an exciting time to be alive.