The creative collaboration brings together Australia’s most famous vet and most loved puppet in a humorous veterinary examination between the unlikely duo. The film features Brown ordering an Acai bowl with almond granola and organic vanilla protein powder prior to assessing Agro as if he were a real pet, only to find he has a hand lodged inside him. Meanwhile, Agro puts in his order for a spicy vindaloo with 10 papadams before the puppet’s hilarity is unbottled.

The campaign, which was filmed in Australia, will run across TV, out-of-home, social and influencers, digital, radio, and through a podcast partnership with Aunty Donna and other leading podcasts.

Says David Griffiths, head of marketing, Uber Eats ANZ: “With 2020 being such a challenging year, the brief to Special Group was simple. Through ‘Tonight, I’ll be Eating’ put a smile on Australian faces. By bringing together Chris and Agro we’ve created an integrated campaign with magical Aussie nostalgia to show the richness of Uber Eats selection. Enlisting home-grown Australian talent felt like the right way to connect with both new and existing audiences and further embed the brand into Aussie vernacular and culture. We’re extremely excited and proud to bring you our latest duo.”

Says Julian Schreiber, partner and CCO, Special Group: “Tonight I’ll Be Eating campaign has now been launched around the world, but first and foremost it’s at home in our culture here in Australia. So, bringing back homegrown puppet icon Agro and contrasting him with the wholesomeness of Bondi vet Dr Chris Brown felt like the right unexpected cultural clash to create next.”

‘Chris and Agro’ follows the immensely successful and welcomed launch of Tonight I’ll Be Eating into North America. The campaign, which also ran across Australia, kicked off with an epic showdown between global megastars and movie icons, Mark Hamill and Patrick Stewart. The campaign was shared over 11.3m times on social media. Since then, Special Group has announced the opening of its LA office led by William Gelner. 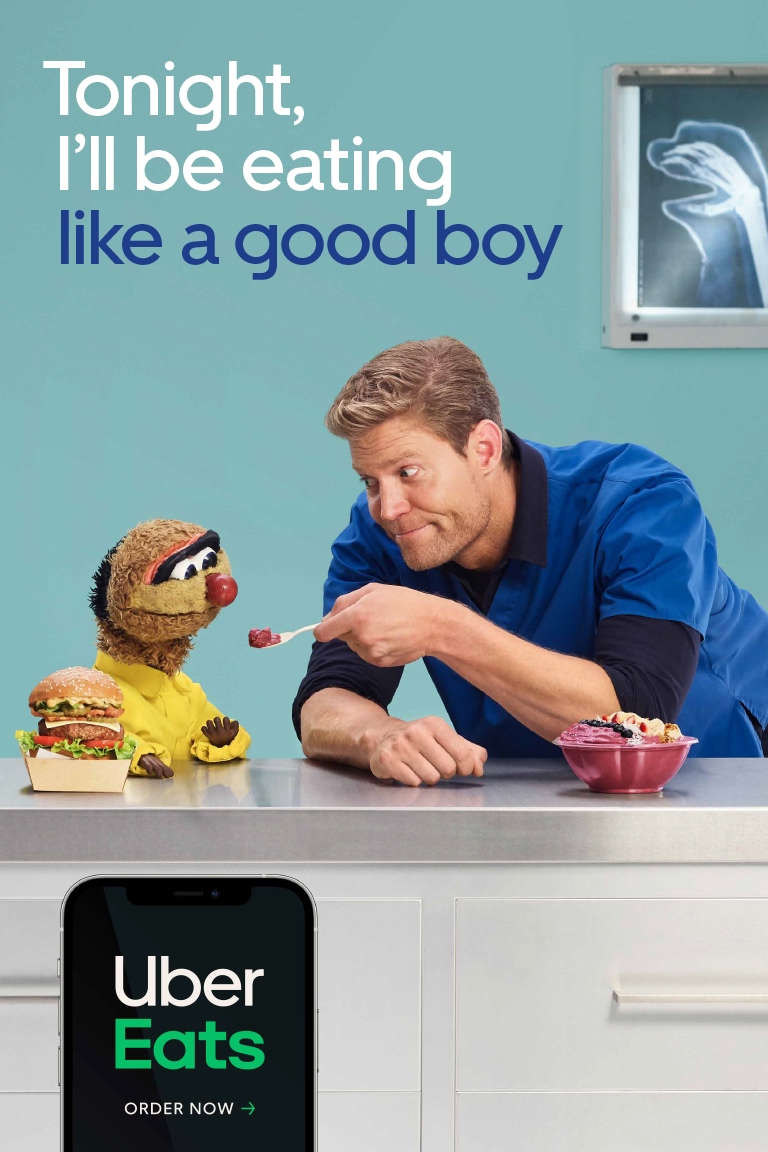