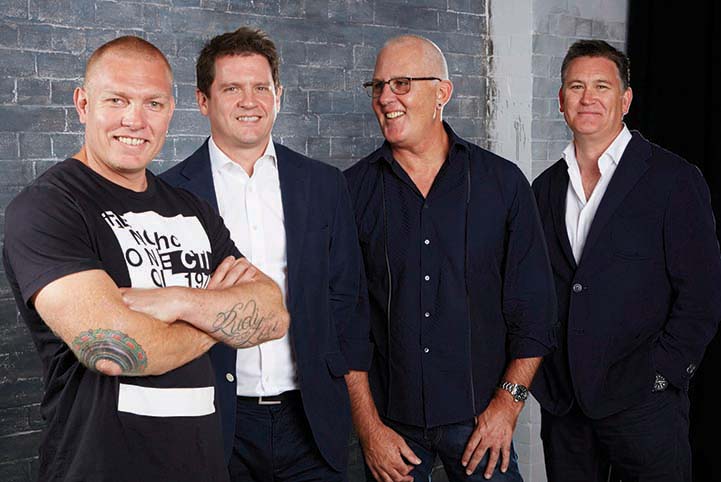 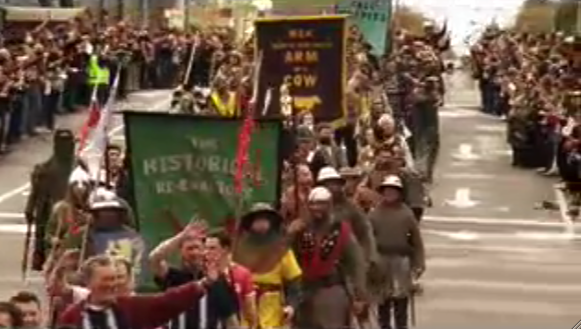 While at Droga5 New York Blackley received a coveted D&AD Black Pencil for the internationally recognised ‘The Million’ for The New York Department of Education. Other notable work includes: ‘The Regulars’ TVC for Victoria Bitter, which picked up two D&AD Pencils and a Cannes Gold Lion, a beer saving ‘freezer alarm’ for VB and most recently Boost ‘Moreing’ for Cadbury Boost Bar that picked up a Yellow Pencil at D&AD in 2013.

“Cam has produced great work in Australia, London and New York. His ideas are fresh and quirky and have broad appeal, which is exactly the sort of work we’re known for doing at BMF. Cam’s leadership skills and understanding of Aussie culture will be a great addition to the BMF team,” said BMF creative founder, Warren Brown (above, second from right – Enero chairman Matthew Melhuish is pictured far right).

Adds BMF CEO, Dominic Stinton (above, second from left): “I’m delighted Cam is joining BMF. Not only is he a top bloke, but his experience working for different agencies in different markets will bring another fresh perspective to the leadership team, as BMF continues to diversify and create world class work.”

Says Blackley: “This is where I wholeheartedly thank Dave, Nobby and Duncan for more than eight years of mateship and mentorship. But this opportunity was simply too good to pass up. I’m really looking forward to getting stuck in with Dom and Warren as partners in crime. There’s a great energy about BMF right now that’s very attractive to be a part of, especially with the addition of Carlos in Melbourne to complement Rubes in Sydney.”

Droga5 creative chairman David Nobay told CB: “Cam was one of the ‘Originals’ at Droga5 Sydney. I remember him before he was an Iron Man. Before he could lift small trucks. When we used to compare beer bellies, with genuine pride. Am I upset he’s leaving? Of course I am. But over those years, we’ve also become great mates, and he leaves with our genuine affection, and knowledge that his star will continue to rise.”