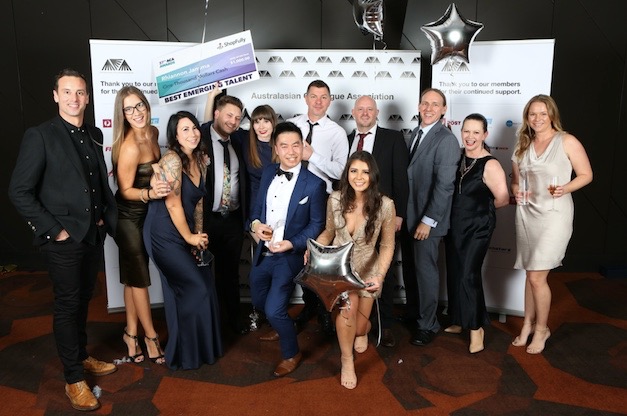 The night recognised the creative skills of up-and-coming talent and industry leaders. Creatives, retailers, producers and agencies were amongst an attendance of over 600 guests all awaiting to hear who had been crowned ‘Agency of the Year’ with creative agency BMF coming out on top. The agency took the title over fierce competition with the finalists including Clemenger BBDO for Myer, Hardie Grant Media for Dan Murphy’s, Kmart In-House Team for Kmart and TBWA Sydney & Maud for David Jones.

BMF had a successful year winning another four awards for ALDI with ‘Best Emerging Talent’, ‘Catalogue Retailer of the Year – Over 3.5M’, ‘Sport and Fitness’, and ‘Supermarkets’.

Says Julie Sorrell, production director, BMF: “We are proud to be crowned Agency of the Year. We pride ourselves in working with our clients to create campaigns that best align with their targeted objectives. An amazing effort put in by the team at BMF and we’d like to thank the ACA and everyone involved for their honourable recognition.”

Clemenger BBDO were crowned winner of the coveted ‘Judges’ Choice’ for their work on Myer’s ‘Christmas #2 – Augmented Reality’. This award was highly sought after and it is a commendable effort for Myer winning the hearts of over 60 judges.

Says Andrew Egan, group GM marketing, Myer: “What an honour it is to win Judges’ Choice for 2018. We pride ourselves in creating strong catalogue campaigns that engage our customers. The choice to integrate the digital technology of augmented reality into our print campaigns has proved to be successful combining the power of online and offline channels to promote strong brand value.”

The night was not all Awards as the major announcement of the evening was that the ACA will merge with two other industry Associations, APIA and TSA Limited, to form The Real Media Collective. ‘Real’ media pays homage to the physical nature of print, and ‘real’ connecting with real results, return on investment, engagement and activation.

Says Kellie Northwood, chief executive officer, ACA: “A big congratulations to BMF for being awarded with ‘Agency of the Year’, a well-deserved award for their outstanding work.

“The ACA Awards are about celebrating and showcasing talent and creative design throughout the year, and we will continue to showcase retailers, agencies, printers and distributors efforts as we start our journey as The Real Media Collective.”

Agency of the Year (Sponsored by Fairfax Media)

Catalogue Retailer of the Year – up to 1.5m (sponsored by Norske Skog)

Catalogue Retailer of the Year – up to 3.5m (sponsored by UPM Kymmene)

Catalogue Retailer of the Year – over 3.5m (sponsored by Stora Enso)

For a full listing of winners and finalists, click here.