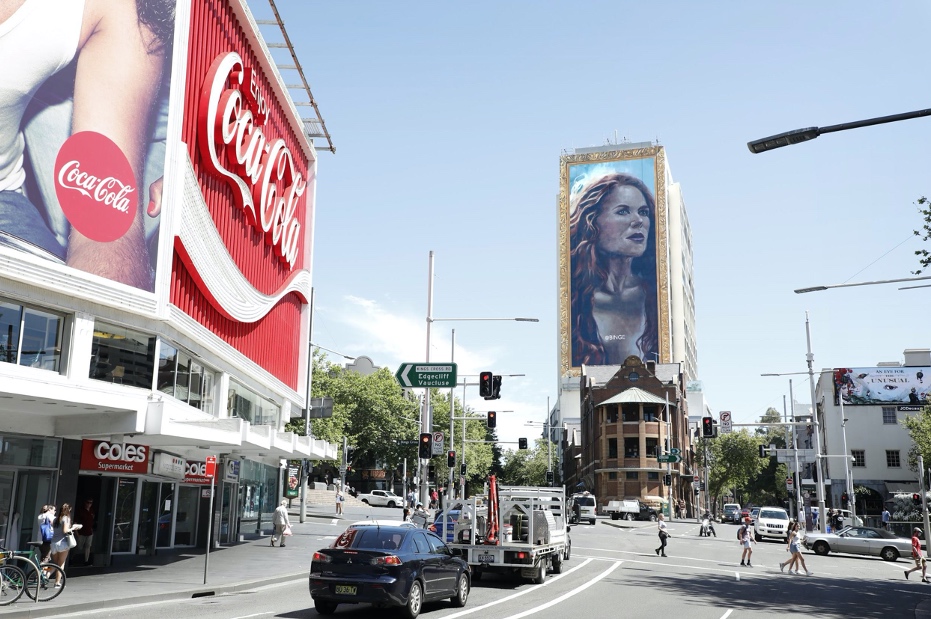 An enormous painting of Nicole Kidman unravelled in Sydney’s Kings Cross on Saturday, as eleven artists reached a sky-high milestone to complete the biggest hand painted portrait in the Southern Hemisphere created to celebrate the launch of the new series The Undoing, now available on BINGE, developed by Thinkerbell.

The stunning portrait is the size of an Olympic swimming pool, in tribute to Kidman, one of the most decorated Australian actors of all time.

The soaring portrait is a depiction of Kidman as her character, Grace Fraser, in The Undoing – this year’s biggest mystery thriller now streaming weekly on BINGE. It’s an HBO psychological thriller in which Kidman plays New York therapist Grace Fraser who discovers her picture-perfect marriage isn’t quite what it seems. It stars Hugh Grant as her on-screen husband.

Says Alison Hurbert-Burns, executive director, BINGE: “We’re so excited to be able to share The Undoing with Australia. Not only is it some of the world’s best drama, but it stars Nicole Kidman – so we just had to do something big to celebrate the show in her hometown. And what better way to mark the year’s biggest thriller, with the biggest portrait Australia has ever seen.

“The psychological thriller has quickly become the most-watched show on BINGE, drawing the largest audience of any show since we launched in May. This echoes the record results achieved globally since the series launched on October 26, which is why if you want to watch the world’s biggest shows, you need to have BINGE.”

Says Tom Wenborn, executive creative tinker at Thinkerbell: The underlying theme of The Undoing is that nothing stays hidden. Finding a way to demonstrate the twists and turns of the show on a massive scale has been a lot of fun.

Nicole Kidman shared an image of the portrait to her 7.2 million Instagram followers: https://www.instagram.com/p/CHoUS9VJVvE/

The portrait will unravel into a second image from today.

The Undoing is now Unravelling on BINGE. 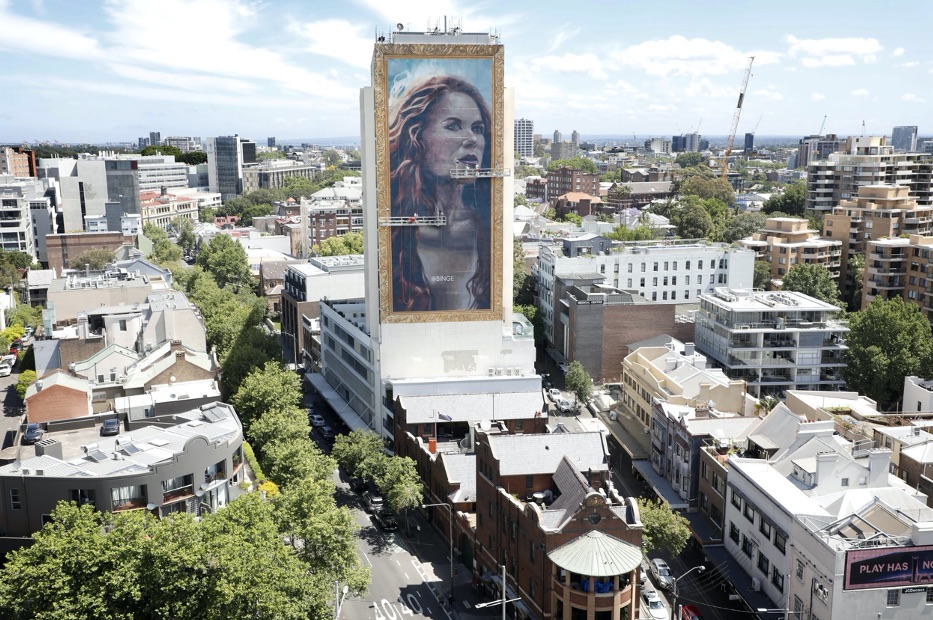