Bestads Rankings: Which are the Top Australian production companies and directors of the decade? 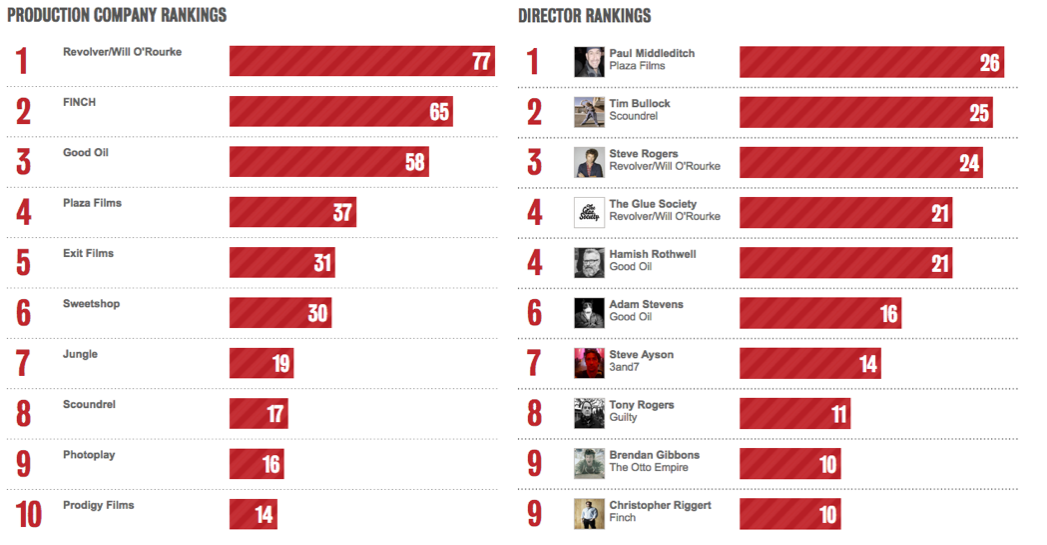 Revolver/Will O’Rourke is the top production company in Australia over the last decade according to the Bestads Rankings. The company leads the production company pack on 77 points, followed by FINCH at #2 on 65 points and Good Oil at #3 on 58 points.

Paul Middleditch from Plaza Films leads the Bestads TVC director pack on 26 points, closely followed by Tim Bullock from Scoundrel at #2 on 25 points and Steve Rogers from Revolver/Will O’Rourke at #3 on 24 points. The Glue Society (represented by Revolver/Will O’Rourke) and Hamish Rothwell from Good Oil share the #4 spot on 21 points apiece.

Adam Stevens from Good Oil is at #6 on 16 points followed by Steve Ayson from 3and7 at #7 on 14 points and Tony Rogers from Guilty at #8 on 11 points. Brendan Gibbons from Otto and Christopher Riggert from FINCH share the #9 spot on 1o points.