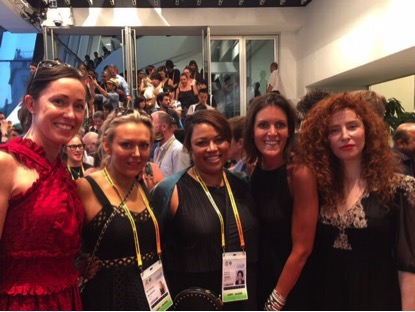 The default settings in advertising can change the world.

Before I leave, my favourite piece of work entered into the Glass Awards proving that understanding and gender in marketing is a potent lens and not just about femvertising and “girly-stuff”.

Tecate beer from Mexico (a Heineken brand) made the bold decision to alienate some of its audience for a noble reason.

2 out of 3 women in Mexico have experienced some kind of gender violence. To be precise these are some of the facts from the case study (read them if you can bear to):

–       More than 365 thousand women suffered violence in 2015. At least 65 thousand had to be hospitalized because of their injuries.

This leading beer brand that has had a history of typically sexualizing women, made a decisive plan to help bring about education and create transformation by drawing attention to the problem. 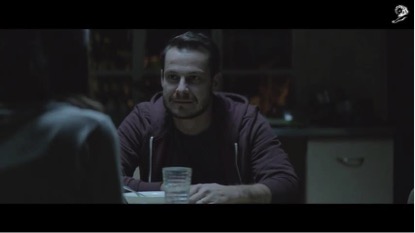 At a point in the TVC we hear the line “we don’t want you, we hope you hate it” proving that a brand can take a stand and change its spots – literally. The execution explains that men are not defined by strength, sexuality or toughness and that a man is defined by how he treats a woman – that those who disrespect women do not deserve a Tecate beer.

Tecate not only created a piece that tackles the issues of masculinity head on they walked the walk using an ad spend that could have gone into the Super Bowl and instead reinvested it to support an NGO charity for women and build shelters and programmes for women’s empowerment.

Impactful? Hell yes. +27M views in the first 48hrs, 150 media articles in digital, print and radio from national and international sources reaching 65 countries. 8 out of 10 comments were positive. +11M impressions socially, in Facebook 22.9M, 8th video with more organic views in the history of Mexico and in Twitter it was the campaign that achieved the greatest number of interactions and responses in 2016.

In an earlier diary entry I reported that sadly the Glass case studies showed the “oppressed majority”. The jury saw countless brands and organisations tackling violence against women – FGM, rape, abuse and domestic violence –  it was confronting to see how much some women can struggle to just stand up, let alone “Lean In”.

An anonymous comment underneath my last post stated that I somehow did not deserve my seat at the Glass Lions jury table because I was expressing an opinion about how attitudes to gender, unconscious and confirmation biases play out and that the industry needs a system update.

It’s an attitude I have faced many a time for raising the benefits of reviewing the progress we’re making. For the record and to address the anonymous comment head-on, I have not ever said nor screamed, “it’s not fair, I am a woman” nor gone on a witch-hunt nor vilified or burnt books. The attitude that ‘women are whinging’ is why I am helping bring The 3% Conference to Australia this August.

I may have detractors whose reach and influence is louder and more dominating than my own, but this makes me even more committed to educate and to #changetheratio

We all have a choice – some ignore gender altogether, others say that gender is a woman’s problem – and some look at gender and realise the opportunity created when you get granular with it’s benefits. By drawing attention to the ‘inconvenient truths’ and by working together – both men and women side by side – we’ll all get to a better place, eventually.

I do have a different but no less valid perspective from some of the decision-makers in the industry. I applaud Cannes Lions for introducing more women to the juries this year. Anecdotes from other jury members expressed what a positive move this had been and the wonderful male on the Glass Panel felt it was eye-opening in all the right ways.

This was a week that grew my skills and developed my knowledge exponentially. I have been privileged to understand all of the diverse opinions around my table.

Bon Voyage from Cannes –  I miss my daughters and my husband – time to away.