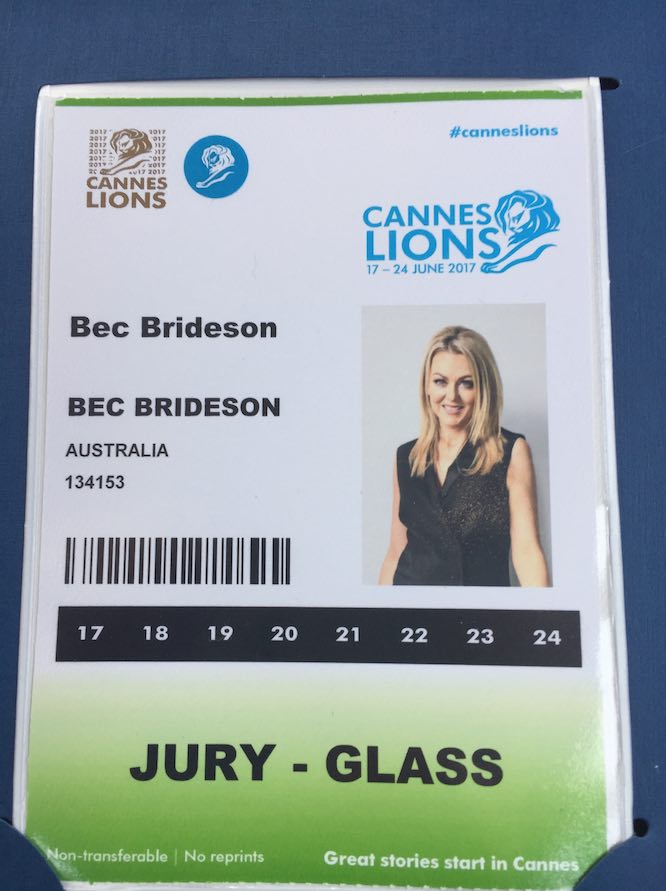 Bec Brideson, Advisor, Speaker and Author, is representing Australia on the Cannes Glass Lions jury. Brideson, along with most of the other Australian and NZ jurors write exclusively for CB.

Change has been slow in an industry full of fast people…

Two years ago when the first ever Glass Lion of 2015 was awarded, I was the first Australian female to speak at Cannes about marketing and the missed opportunity with the female economy.

Two days ago I spoke at The Indie Summit in the UK – a conference for owners of global independent agencies. My subject again highlighted the #blindspots in this industry. (My book on Blind Spots launches in Aus, September 2017).

I was so pleased to speak with Cannes Lions Chairman Terry Savage last night at welcome drinks. He is incredibly committed to making sure women’s voices are heard and that our industry becomes educated and aware of the role of unconscious bias in our day-to-day work. 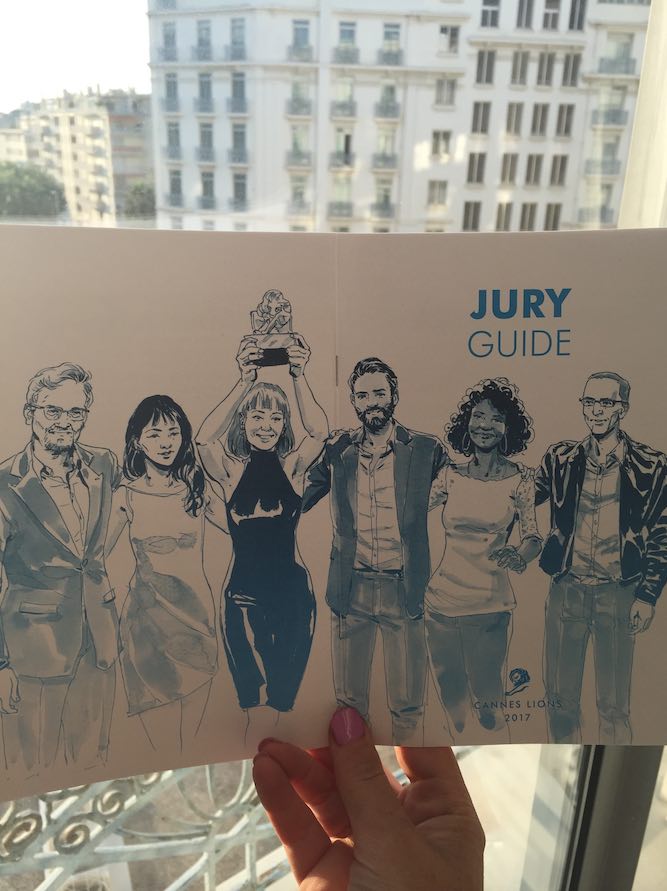 Wendy Clark, President and CEO of DDB North America, is heading up our jury. Of the nine on the panel we have only male, which is odd – at least 50/50 would be the perfect quorum. All of the talent on the panel is inspiring and I’m feeling lucky to be on it already.

The Glass Lion is a category attempt to bring gender-intelligence to the Cannes Lions, and therefore to the industry.

It’s a commendable start to turning the world right-side up. Work that sets out to positively impact and address gender inequities will be rewarded.

In the last month I have reviewed nearly 200 case studies that were entered into the category. I have seen some entertaining and clever gender-smart lenses on entries for all kinds of consumer brands. These have been ridiculously refreshing and a delight to appraise.

Disturbingly, I have learned so much about the plight of women and transgender folk globally. The common themes of domestic violence, genital mutilation, female reproductive rights, rape, slavery, human trafficking and sexual discrimination have been sickening.

It would appear that women don’t just have a glass ceiling and asbestos walls. Many endure a daily fragile ecosystem just to achieve Maslow’s basic need for safety.

The irony is we want and need women to ‘Lean-In’ but many are just trying to stay on their feet.