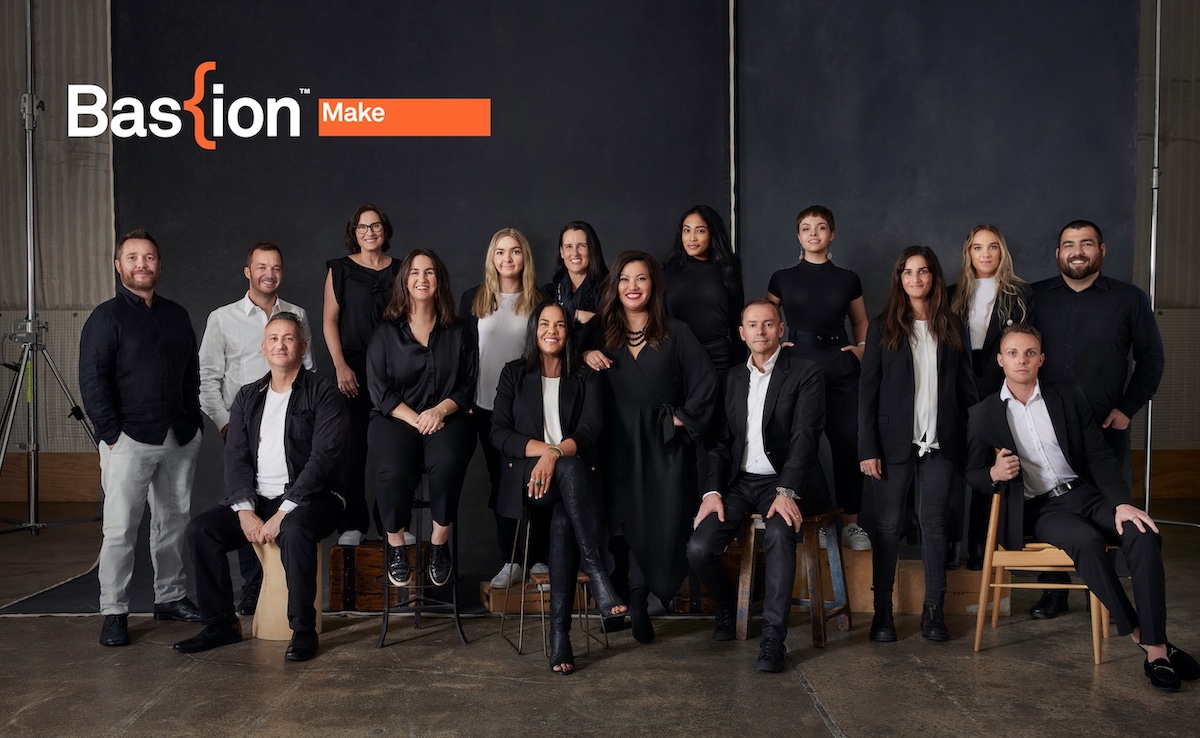 The creation of Bastion Make, further cements Bastion’s new world agency model – one business with many services, deep expertise in each one, and wide thinking across the breadth of the communications spectrum providing clients with a “one-stop” streamlined offering.

In-house craft experts with deep expertise in motion, digital, studio and print work in tandem across all production disciplines to deliver integrated, end-to-end campaign and content delivery for Bastion and direct clients. The upgraded studio allows all editing, grading and VFX to be done internally in Bastion Make’s post-house, creating efficiencies for clients.

As part of the national model rollout, Bastion Make has also built a team in Melbourne, with an EP – Kaelene Morton leading the charge, editor – Dave Wade, and producer – Ravenna Bouckaert, accessing the centralised production and post studios and craft experts to deliver 360 campaigns for Melbourne-based clients.

“Best in class craft and quality execution is at the heart of what we do. Because our experts are in-house, we can deliver integrated solutions that are insight-driven, impactful and cost effective with ease. Clients don’t need to talk to ten different departments. They talk to one, whatever their content and production needs.”

Says Jack Watts, group CEO of Bastion: “Out of the wide range of services we provide to our clients, content production in all its forms is the one thing every client responds saying they need more of, and delivered in a faster, better model. This is what has driven our significant investment in people and both physical and digital infrastructure to rapidly expand our capabilities. We now have a 30 strong team of Makers – producers, directors, artists, designers, post-producers, editors, and many more that are focused on producing stunning work for our clients, in an efficient and effective manner.”

With the new name, 360-degree national model with increased capabilities and production facilities bedded down, Bastion Make is currently expanding into the other Bastion markets of New Zealand and the USA.