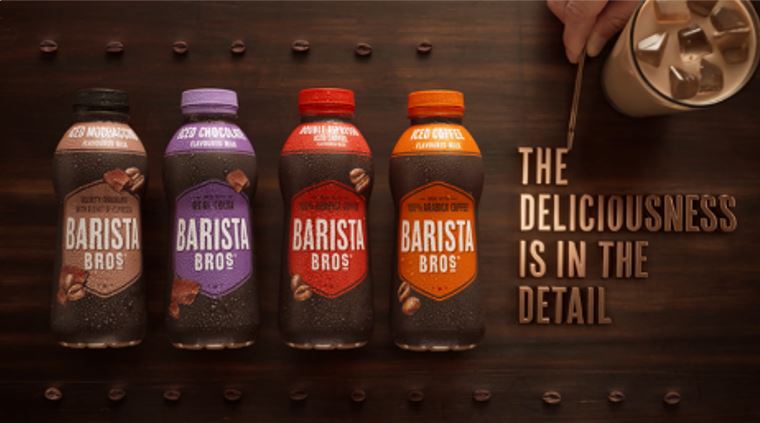 The campaign will be fronted by a TVC that offers an insight into the unique approach to taste creation that sets Barista Bros apart, told in the brand’s playful tone.

The TVC tells the story of two baristas who take the viewer on a journey into their dedication to the quality and craft behind their café-inspired flavoured milk, showcasing their meticulous methodology in a tongue in cheek way. The TVC forms part of a wider integrated marketing campaign.

As part of a multi-million dollar media investment, the campaign spans TV, cinema and online. Displayed prominently across screens nationally until October, the TVC will air during primetime programs including The Bachelor, The Block, True Story with Hamish & Andy, This Time Next Year, The AFL Footy Show, Kath & Kim and Australian Survivor. It will also be featured online through Vevo, YouTube and Google Preferred.

Says Jason Wu, Brand Manager, Barista Bros: “We know Australians love their coffee and are always on a quest for the best taste, which cafes cater to very well.

“What we want to demonstrate with this campaign is that Barista Bros has that same level of dedication to taste and quality when it comes to iced coffee, with our quality ingredients and attention to detail creating the best tasting flavoured milk drink in market.”